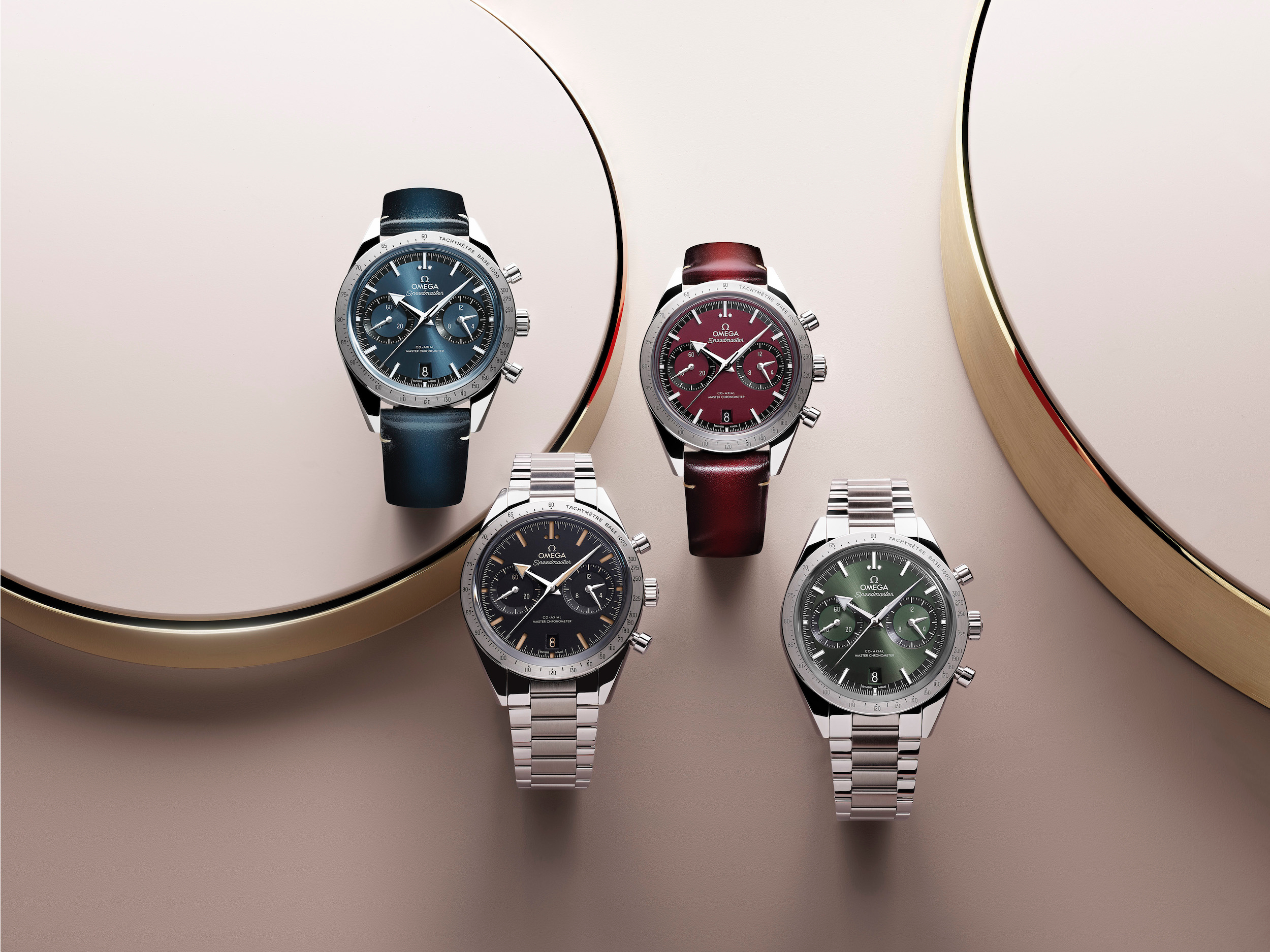 This month, Omega added eight new references to the Speedmaster 57 collection, which was first appeared in 2013.

Like the 2013 Speedaster 57 collection, the 2022 variants are vintage-inspired re-editions of the 1957 CK 2915, which was Omega’s first Speedmaster, and that most distinctively features straight lugs (not Omega’s famous twisted lugs that came out later). The 2022 Speedmaster 57 measures 40.5 mm x 12.99 mm (49.6 mm lug-to-lug) will sell alongside the 41.5 mm diameter Speedmaster 57 from 2013. The latest Speedmaster 57 is slimmer than the current 3861 Moonwatch, which has a height of 13.58 mm, however, it may not look as slim as the Moonwatch, considering the smaller diameter of the case.

There are four dial options, and each is offered with either a stainless-steel bracelet or a matching leather strap. The black dial features a black sandblasted finish and unique sandwich construction (with recessed hour markers filled with vintage-colored lume), while the other three dials are PVD treated in blue, green, and burgundy, with the former two having a sunburst pattern and the latter a varnished finish.

In addition to the new case dimensions and dials, Omega upgraded the movement from an automatic Co-Axial chronograph caliber to a 4Hz, 44-jewel manually wound, column-wheel equipped, Co-Axial Master Chronometer, with 2 barrels in series and a 60-hour power reserve, and a time zone hour jumping function for quickly setting the time. Thanks to the use of an anti-magnetic silicon “Si14” balance spring, a highly adjustable free-sprung balance, and other critical components, the Omega caliber 9906 movement passes stringent METAS certification and therefore leaves the factory in Biel/Bienne adjusted to an ultra-accurate rate of 0/+5 per day (versus -4/+6 for a COSC certified chronometer).

To go along with the new case and movement, Omega gave the Speedmaster 57 a new stainless steel bracelet that’s inspired by the Apollo 11 tribute launched in 2019 and equipped with Omega’s patented comfort release adjustment system. There’s also a colored leather strap matched to each dial and available for $300 less than the bracelet version.

A screw-in sapphire caseback reveals the upscale rhodium-plated caliber 9906, with Geneva waves in arabesque on the three-quarter plate bridge, the robust traversing balance bridge, machine beveled edges, and the blackened screws and balance wheel. The fixed tachymeter bezel is a single-piece design made from stainless steel and engraved with black-filled graduated markings, including a “Dot Over Ninety” (DON). A box-shaped sapphire crystal, with anti-glare treatments on both sides, protects the dial side. 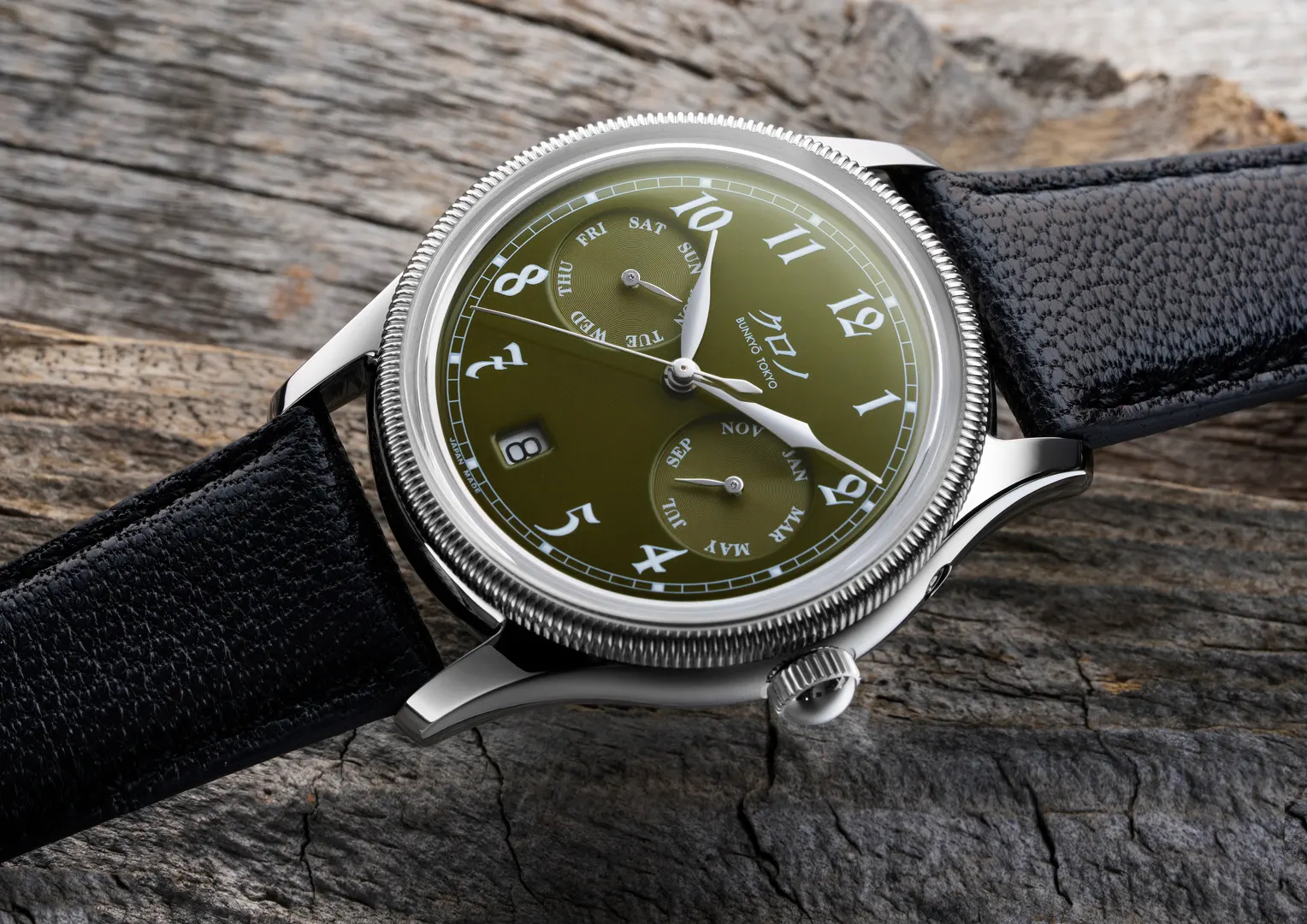 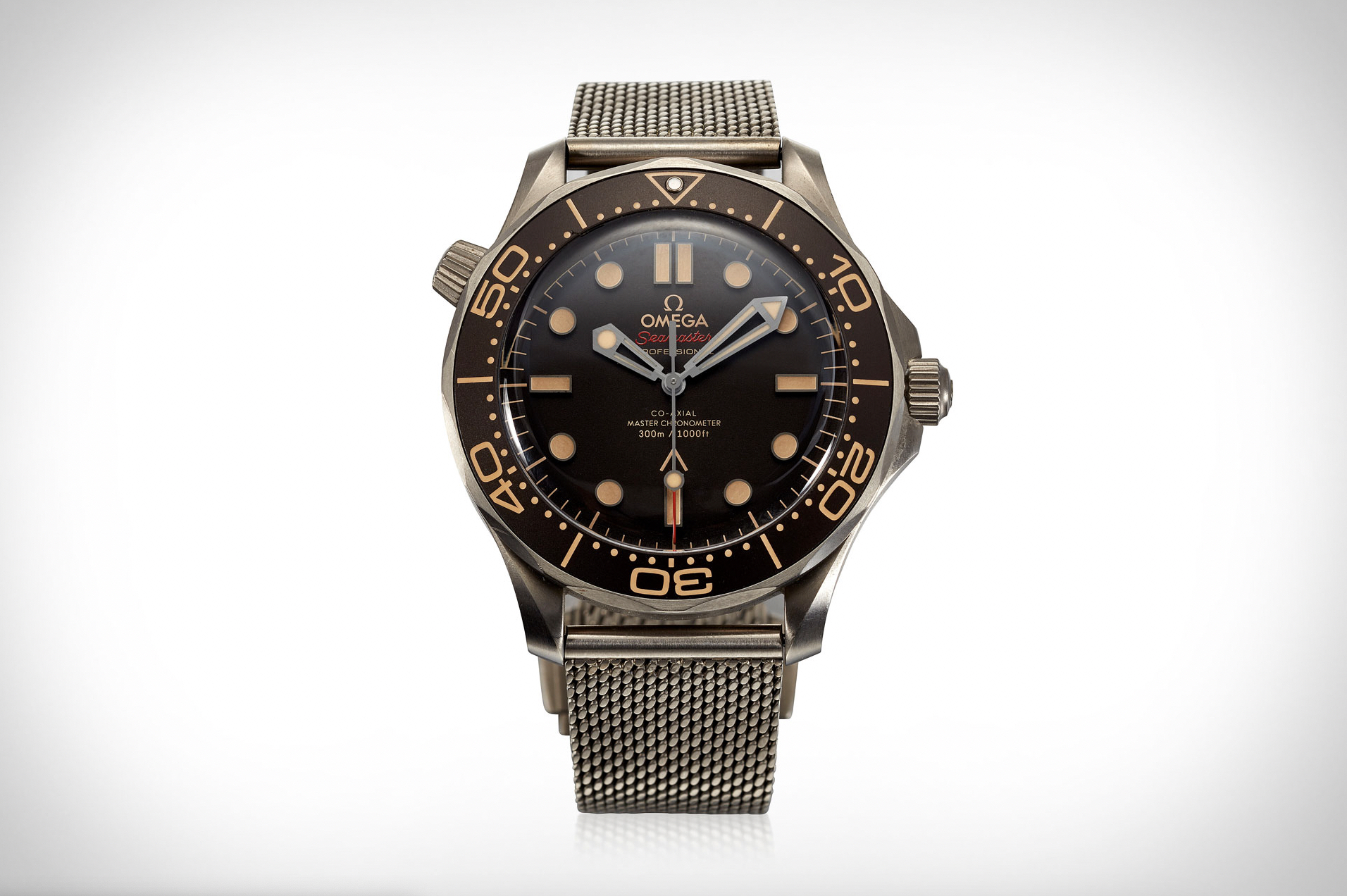 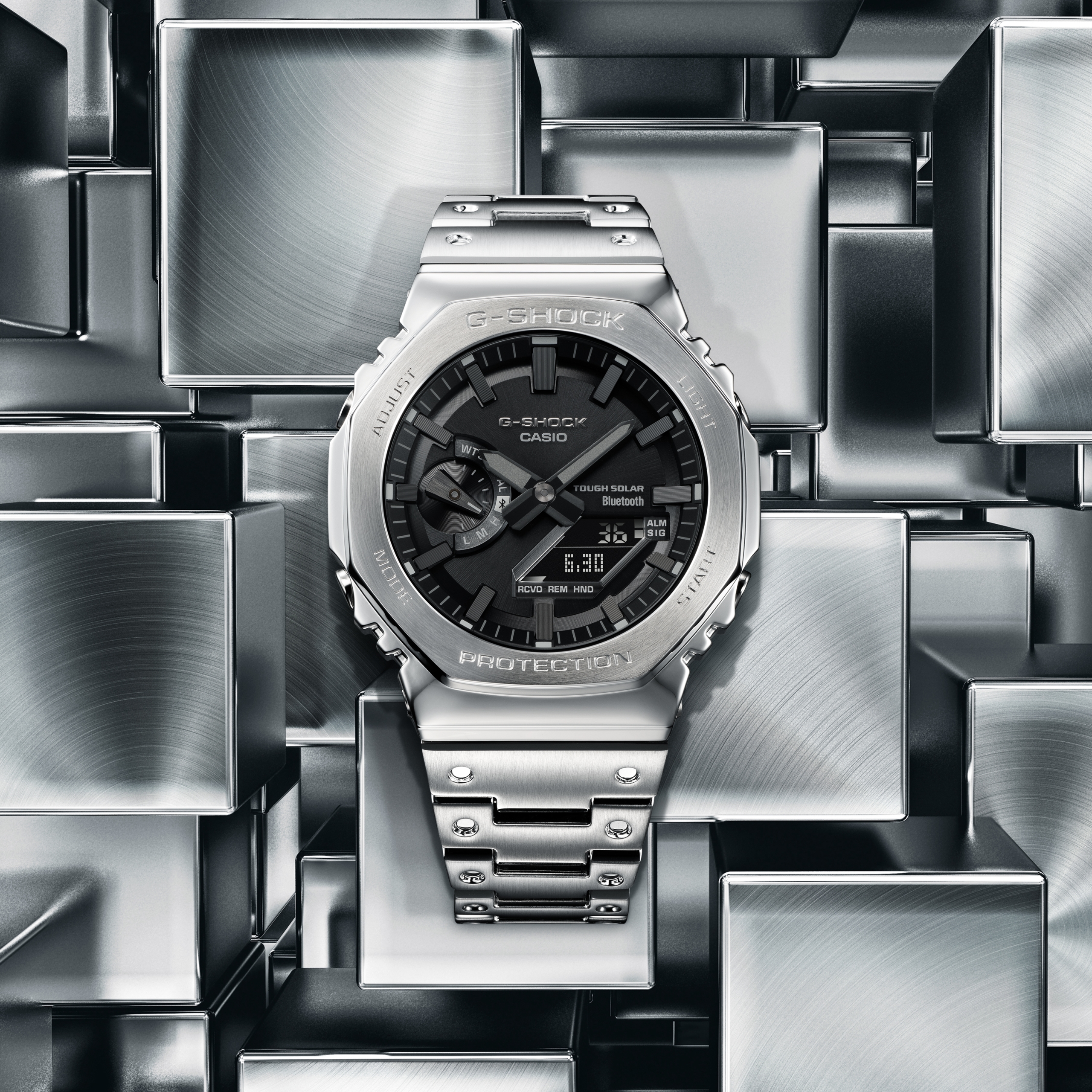