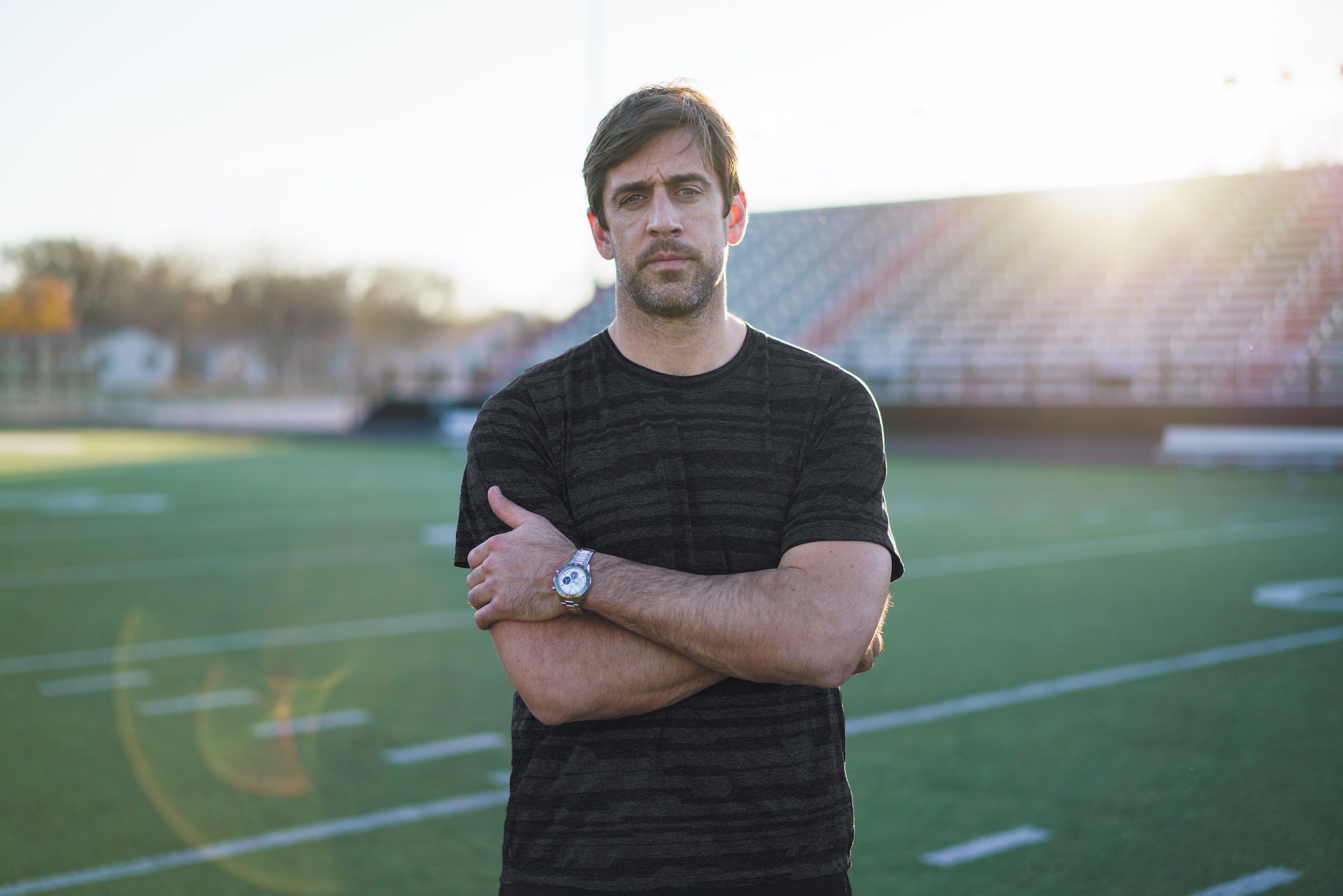 Today, Green Bay star quarterback Aaron Rodgers — a generational-level talent that’s widely regarded as one of the best in the game — becomes the face of Zenith watches.

With the debut of the new Chronomaster Sport last week — a watch designed to appeal to both enthusiasts and mainstream consumers — Zenith’s latest collection is pivotal to the future success of the Le Locle based manufacture.

The signing of Rodgers is expected to propel Zenith and the Chronmaster into the mainstream spotlight. In the same way, the signing of Tom Brady by IWC was engineered to do. Or Brady and TAG Heuer before that.

While Zenith did not design the Chronomaster Sport collection with Rodgers in mind, it’s a clear choice to represent the partnership considering the sporty nature of both the ambassador and the watch.

Aaron Rodgers, who won Super Bowl XLV in 2011 with Green Bay, came within one game of making it to his second Super Bowl this year. And he is favored to win the 2020 Associated Press NFL Most Valuable Player award, which was selected by a panel of 50 sportswriters at the end of the regular season. The results will be announced on February 6th, the day before Super Bowl LV.