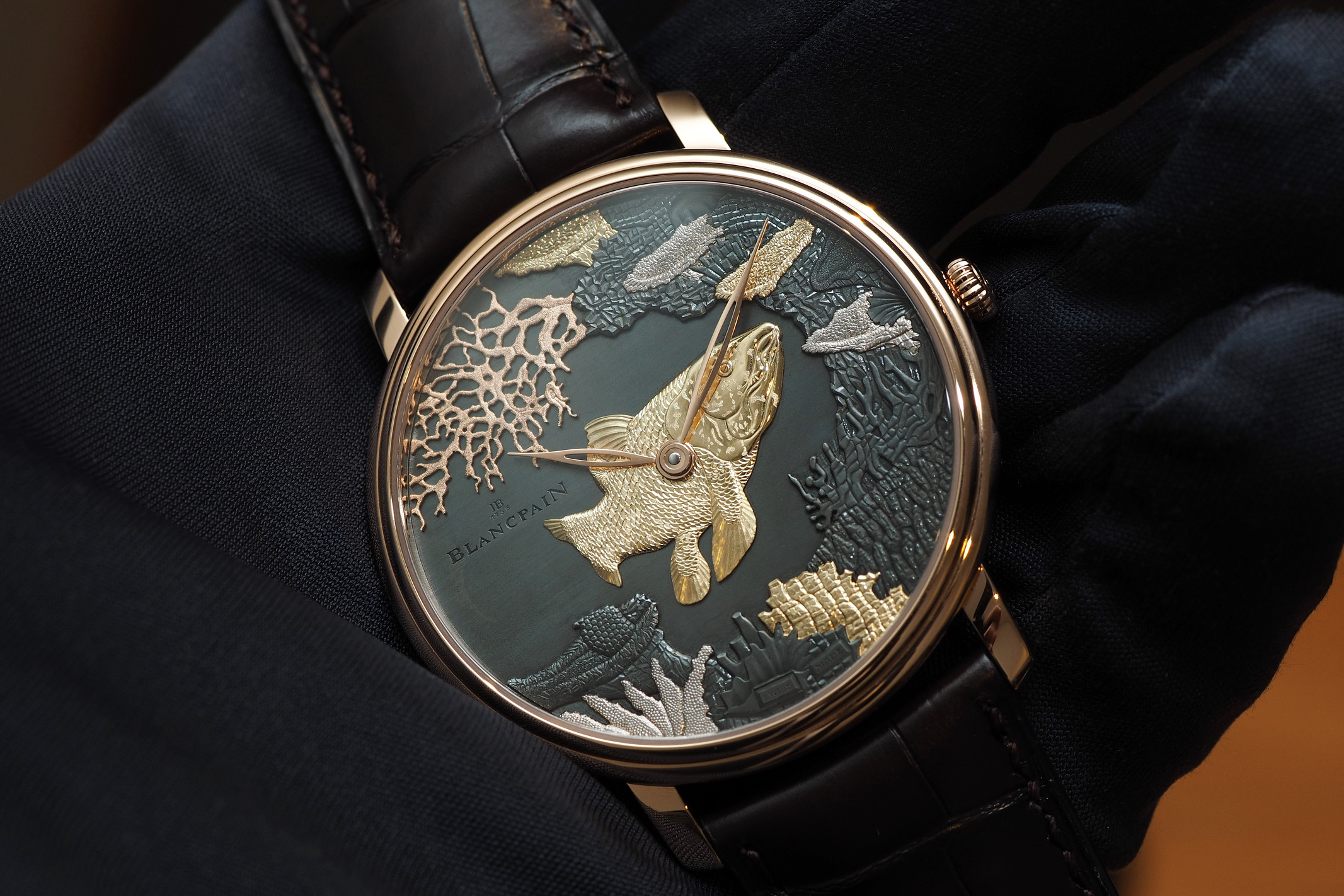 On one end of its product spectrum Blancpain makes sports watches, like the Bathyscaphe Chronograph we showed you last month, on the other end of the spectrum is the classical Villeret collection.

Both are made to very high standards and powered by movements designed and manufactured in the Vallée de Joux. And while PROFESSIONAL WATCHES is typically focused more on the former than the latter – these Villeret pieces are so good we had to show you.

Enter the Blancpain les Métiers d’Art Shakudō, which combines the skills of engraving and Damascening, with the art of shakudō. Shakudō, which originates from Japan, is an alloy composed mostly of copper and gold, which acquires a dark patina between blue and black, according to variations in its composition and texture.

According to Blancpain, “The black patina is obtained following a process called passivation, which calls for the application of a solution. This solution, which is composed of copper acetate (green-gray), has been traditionally fabricated in Japan where it is known as rokushō. According to the number of applications of the rokushō solution, the black becomes successively deeper and more intense. The shakudō was used historically among other things to create swords, decorative objects, and jewelry. The artisans who practiced shakudō often added engravings and ornaments.”

Blancpain is introducing four different models, which combine shakudō, engraving, and Damascening – each timepiece will be unique and is designated by a “piéce unique” engraving on the caseback.

Each of the Villeret models is housed in a red gold stepped bezel case that’s 45 mm in diameter and powered by hand-wound Blancpain caliber 15B – decorated with hand-applied Côtes de Genève on the bridges, hand chamfered and polished edges and perlage on the mainplate.