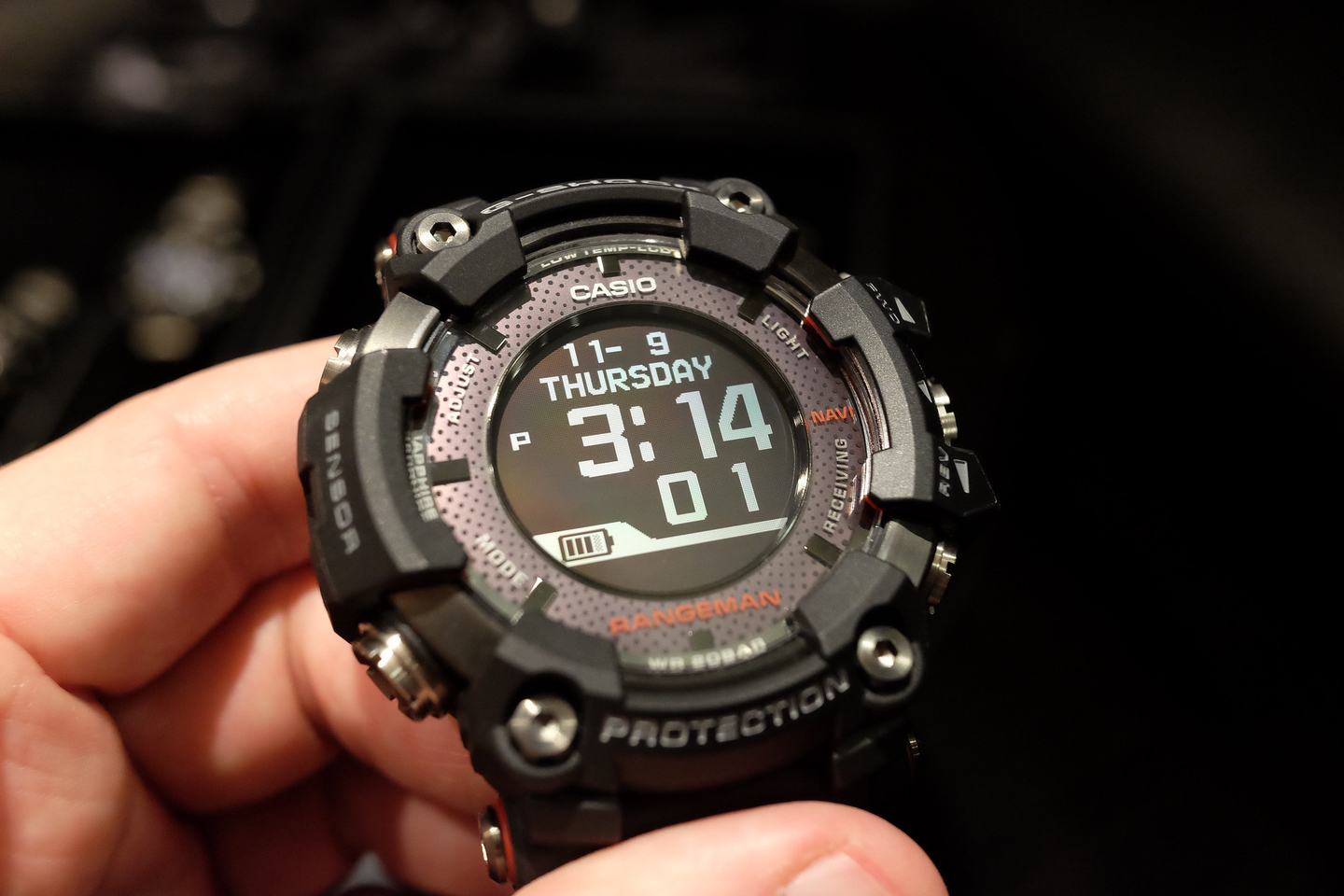 We previewed the watch at the G-Shock 35th Anniversary event in November, however, CES is where Casio officially launched the new connected Rangeman.

The new G-Shock Rangeman GPR-B1000 features the world’s first solar-assisted GPS navigation and is part of the “Master of G” series designed for use in extreme conditions. Rangeman watches feature a Triple Sensor to measure compass bearing, atmospheric pressure/altitude, and temperature.

In addition to standard Triple Sensor, the new GPR-B1000 collects location data from GPS satellites to display the current location on a route or bearing to a destination, in real-time. The watch also saves the track and point data (including longitude/latitude, altitude, and temperature) in memory.

Using Bluetooth, the watch pairs with a smartphone to connect to the G-Shock Connected app, allowing the user to create routes or manage log data in the app. Tracks and point data saved in memory are displayed on a 3D map or as a timeline. The watch also receives data from time servers to keep accurate time anywhere in the world.

Additionally, the GPR-B1000 features both wireless and solar charging systems. The GPS functions are usable for up to 33 hours on a wireless charge of approximately five hours. Even if the battery level drops below a usable level for GPS while outdoors, solar charging can be used to resume GPS functions for a limited time. The time display is kept powered at all times using solar charging, regardless of the status of GPS functions.

Another G-Shock first is the ceramic caseback which is integral in the design of the wireless charging system and high-sensitivity GPS reception.

The caseback uses a 2.0 mm thick ceramic material, which assures that the watch retains its industry-leading shock-resistance rating, and a waterproof rating down to 200 meters.

Even the watches strap has been engineered for extreme durability with a dust-and mud-resistant structure and carbon fiber band insert.