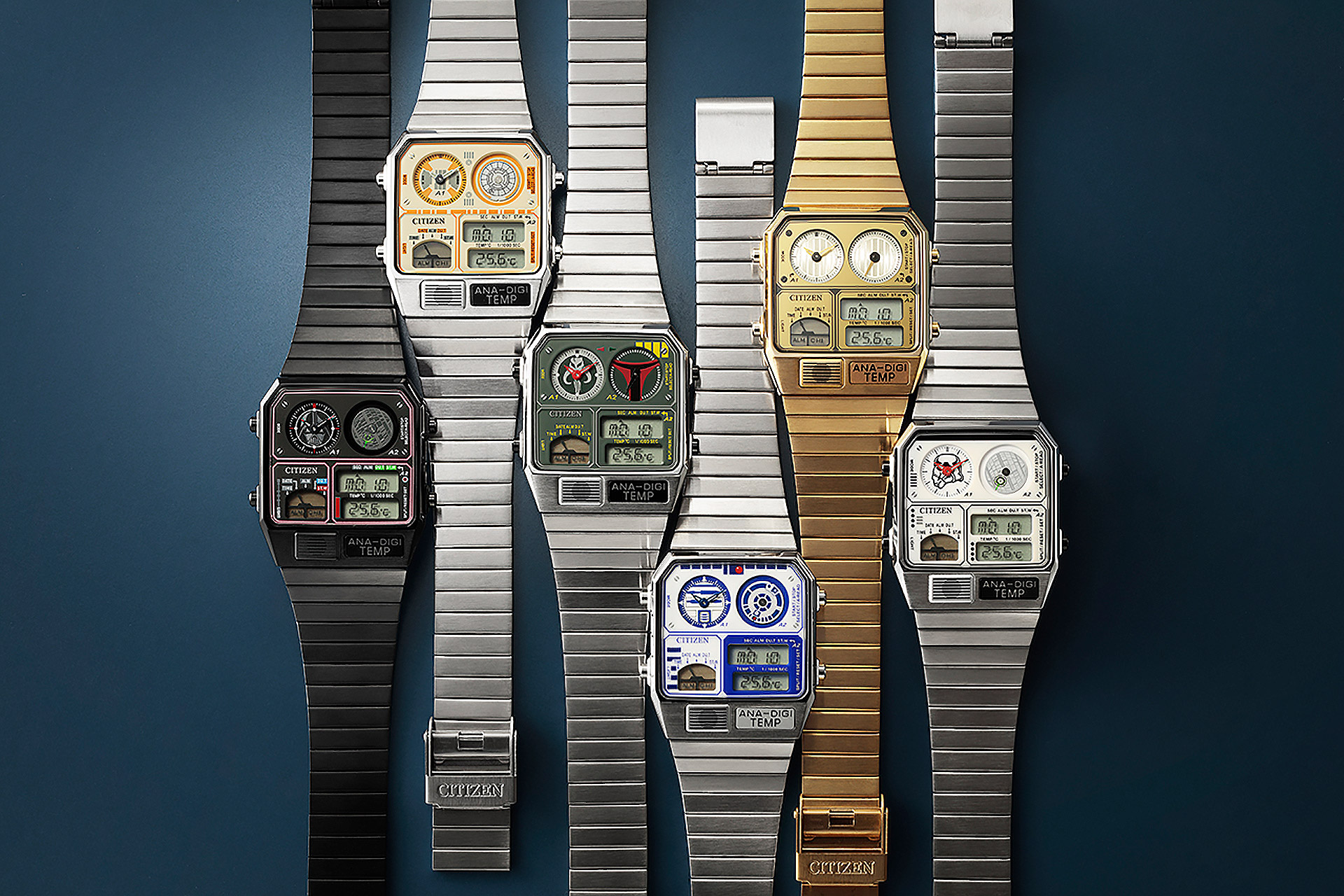 Citizen and Star Wars have partnered to create a collection of 1980s throwback watches that include characters from the Lucasfilm universe.

There are eight different Citizen x Star Wars Ana-Digi Temp watches that have been created using the 1980s design which features a 33 mm diameter rectangular-shaped stainless steel case with dual time zones displayed via side-by-side subdials located on the upper half of the dial.

Initially released in two variations, the Rebel Pilot and Trench Run, six more Star-Wars-themed pieces were announced on May 4th (May the Fourth Be With You). The six additional pieces include Boba Fett, R2-D2, C3PO, Stormtrooper, and a blacked-out Darth Vader version, as well as a gold C3PO variation. The earlier two references are for sale currently and the six new Citizen x Star Wars watches will be available beginning in September 2021.

In addition to the dual time displays, there are date, alarm, stopwatch, and temperature functions. A mode selector button on the top left of the case flank changes between the different setting modes, while the button on the bottom left activates a backlight. Both buttons on the right case flank operate the chronograph/stopwatch functions.

The retail price for the Citizen x Star Wars collection starts at $350.