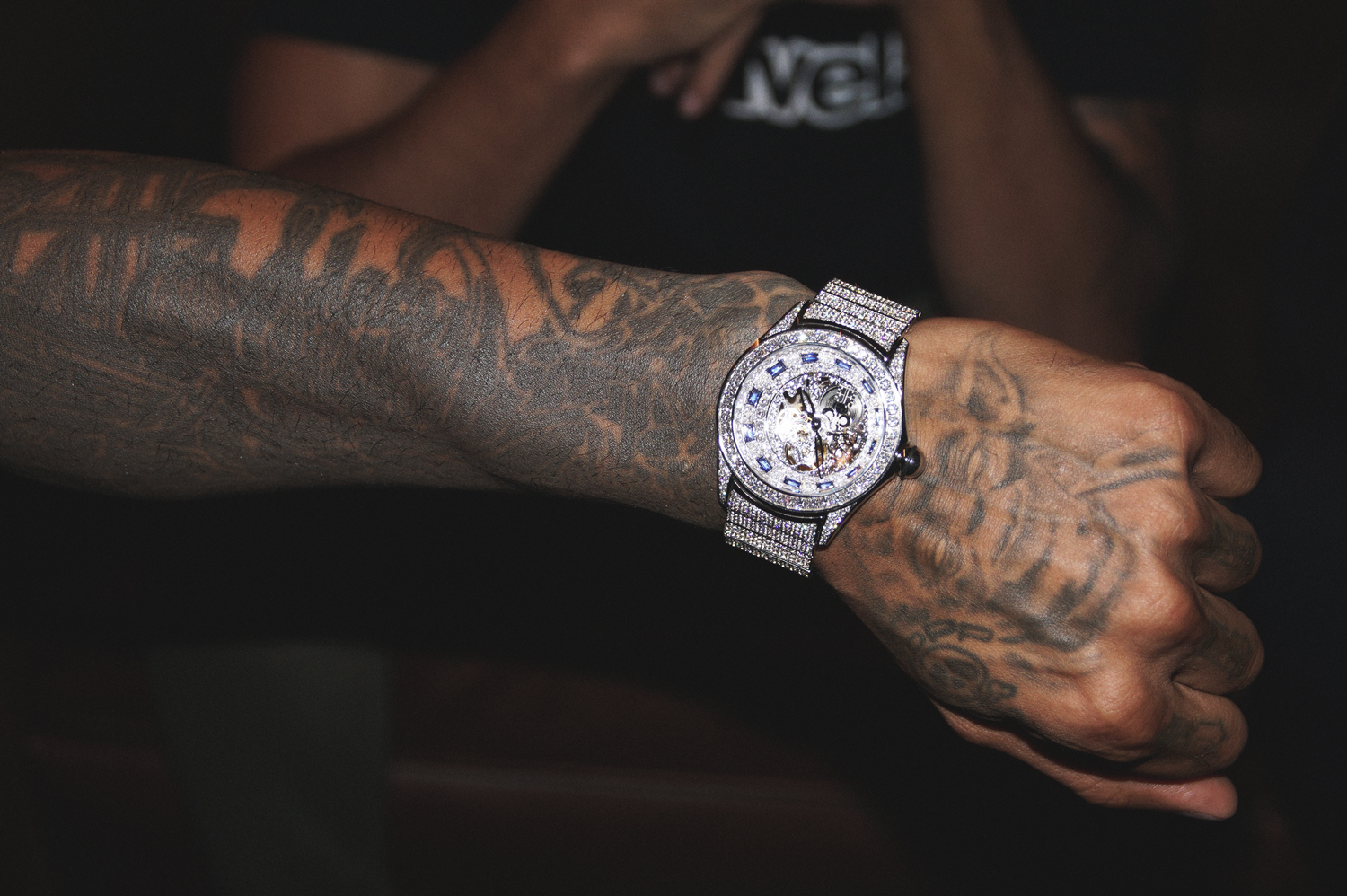 Booba doesn’t count sheep anymore…now he counts the 31 carats of diamonds on his Corum watch. The rapper received the one-of-a-kind model from Corum Marketing Director Frédéric Layani. With a thousand diamonds, it was made to be as brilliant as its new owner.

This Bubble engraved D.U.C, the name of his seventh studio album, just sealed the partnership deal – a product of the artist’s true love for Corum’s exquisitely unique pieces and craftsmanship – Congrats!!

Booba raps a lot about watches and diamonds, so it’s no big surprise his lyrics are on this custom-made watch. As loyal as ever, Corum followed him past the point of no return… Fist raised high, now Booba’s wrist is adorned with 1,017 diamonds and 12 baguette-cut sapphires. Diamonds set on gold and a case that houses the famous CO 055 skeleton movement, the watch is enhanced by the sublimely unique box.

Booba is one of the most important figures in the history of French rap. Known for his talent for word play and flows, he’s been at the top of the charts since his first days of fame with the band Lunatic. As a successful entrepreneur, he also started his own music label, clothing line, brand of whisky and media network with a website and radio/TV stations.

Since Booba rose to fame in the 1990s, he’s sold over one million albums, has eight gold records, two platinum records, and three double platinum records. His writing style, creative grammar and syntax has earned him a spot in French literary magazine, The New French Review, making him the new Céline. His unmatched rapping style and musical talent has made him an artist like no other.