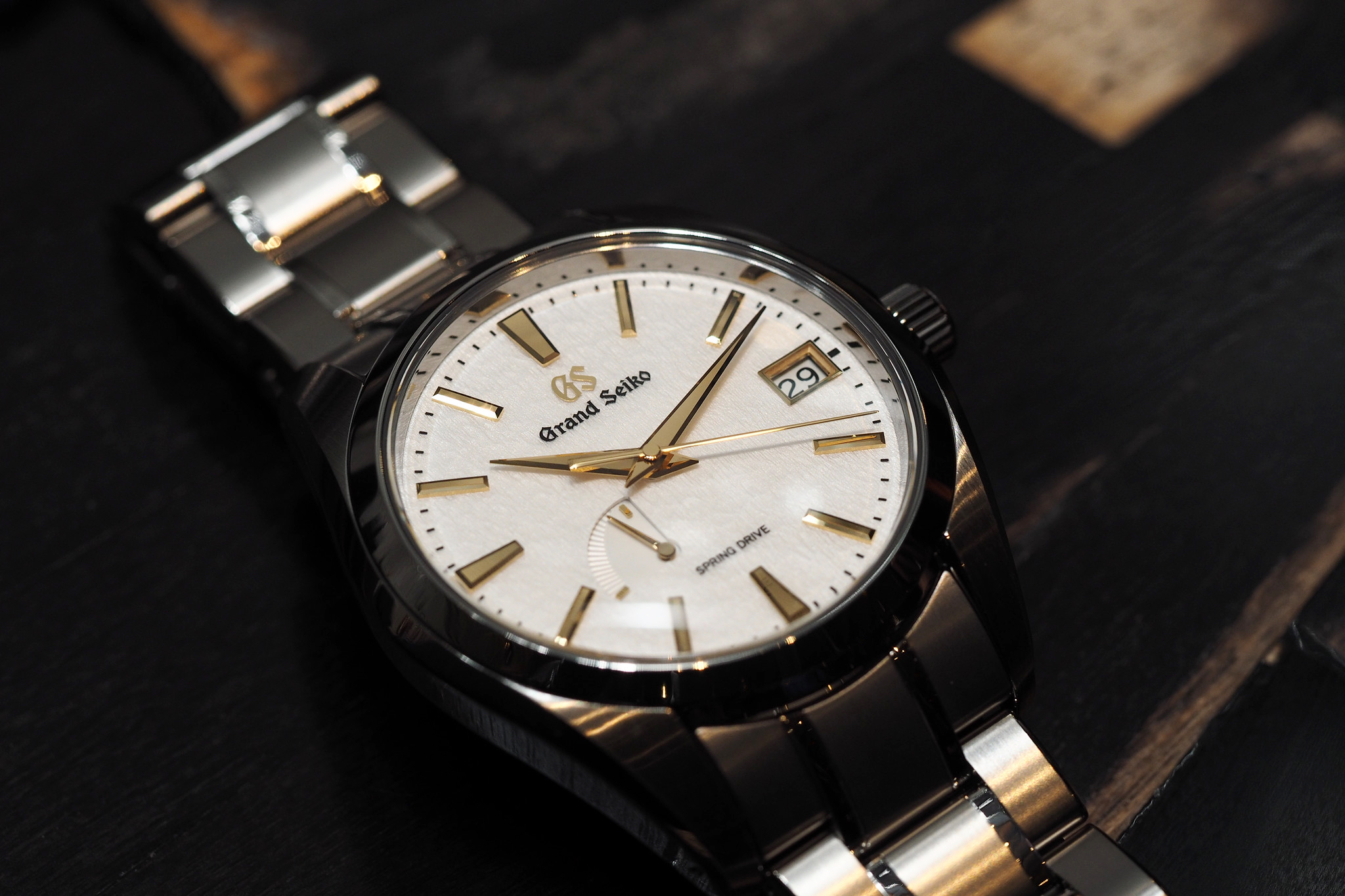 From now until February 2019, Grand Seiko has a significant collection of timepieces available to peruse at the new Watches of Switzerland boutique located at 60 Greene Street in SoHo.

The Grand Seiko “pop-up” section, located in the lower level collector’s lounge of the 8,000 square foot watch store, features some unique timepieces that the Japanese watchmaker brought in specially for Watches of Switzerland, including a number of JDM (Japanese Domestic Models), as well as a few timepieces from their ultra high-end line, Credor, which you basically never find outside of one of the official brand boutiques in the United States market. Below is a glimpse of the timepieces currently on display.

This is the 25th Anniversary Grand Seiko model (Ref. SBGV247) comes in a 40 mm x 11.8 mm stainless steel case inspired by the original 44GS. The dial features large, faceted indices, prominent Dauphine-shaped hands and a blue dial with an embossed pattern with “9F GS” repeated paying homage to caliber 9F’s 25th anniversary. The watch is available in a Limited Edition of 1000 pieces.

Powered by Seiko 9F82 quartz caliber, this is a movement, unlike most quartz watches in that the plates and bridges are finished to the level of a mechanical watch, and the accuracy is stated to be -/+ 10 seconds a year. The caseback is solid and the water resistance rating is 200 meters. Comes on a blue textile strap with orange threading that matches the dial. Retail is $3,300.

The Grand Seiko (Ref. SBGA259) is a JDM model, available in the United States exclusively at Watches of Switzerland SoHo. Referred to as the “Golden Snowflake” the dial was inspired by the “brilliant sun accompanied with freshly fallen snow in the Suwa region of Japan,” and as you can see has the deeply textured so-called snowflake dial. The watch comes in a titanium case with a matching bracelet and is powered by the Spring Drive caliber 9R65A which is Grand Seiko’s hybrid mechanical movement. Retail is $5,900.

According to Grand Seiko this single bridge, which is shown with a mixture of finished, partially finished, and fully finished beveled edges can take one watchmaker over a week to complete.

One of the watches that really caught my eye is the Grand Seiko 9F GMT Ref. SBGN001 which is part of the 25th Anniversary collection that celebrates the 25th anniversary of caliber 9F, the company’s flagship quartz which is immaculately finished and incredibly accurate. Presented in a 39 mm x 12.1 mm stainless steel case, the Grand Seiko GMT features the same embossed “9F GS” patterned repeated on the dial as the watch shown at the top of this article. Limited to 800 pieces. Retail is $3,500.

Credor is the highest-level brand within the Seiko/Grand Seiko family and the Credor Ref. GBBD965 comes in a luxurious polished platinum case that measures 34.7 mm x 6.6 mm. The dial and movement have been highly skeletonized and intricately engraved by the company’s most skilled watchmakers. Limited to 40 pieces. This is a JDM model. Retail is $42,000. 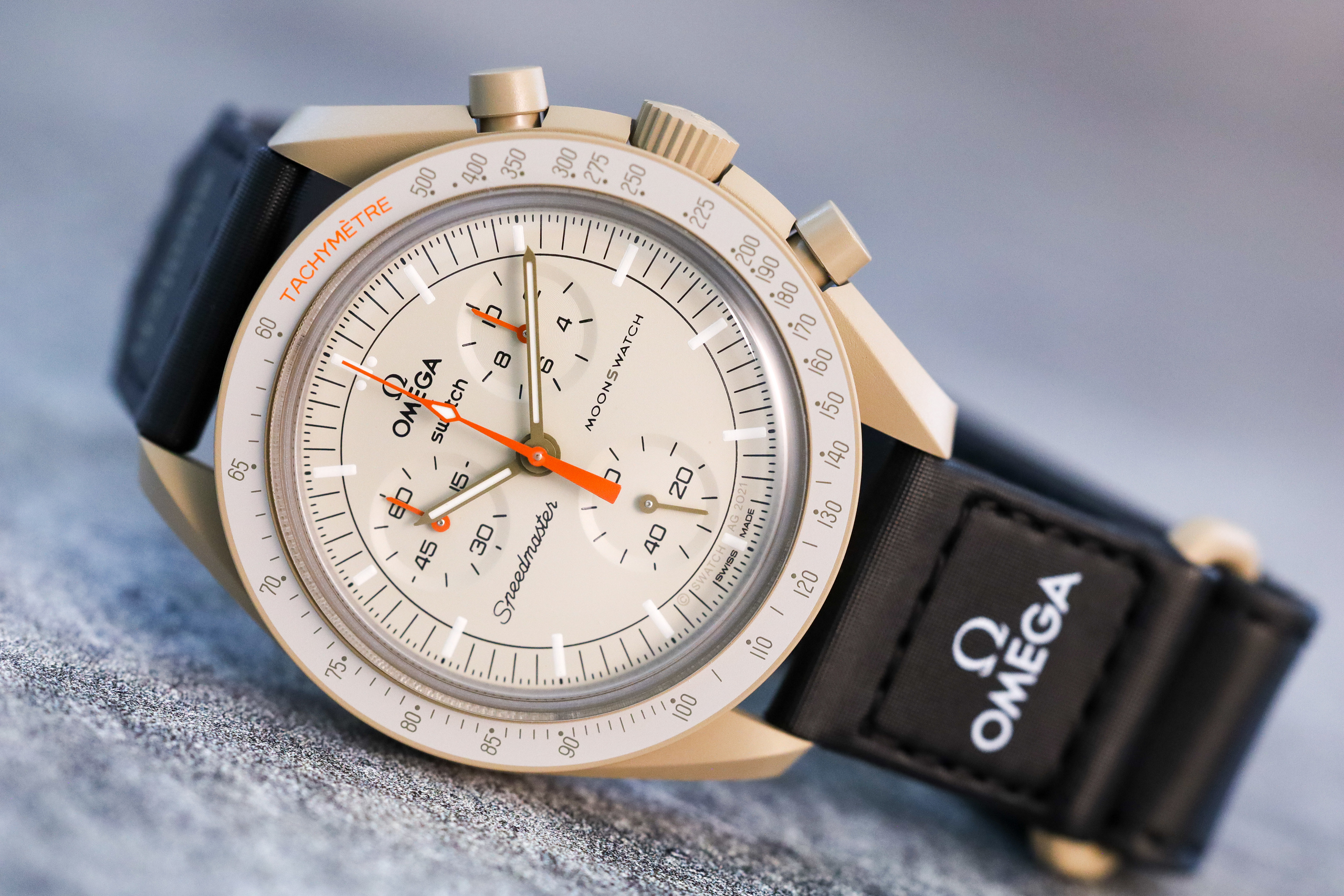