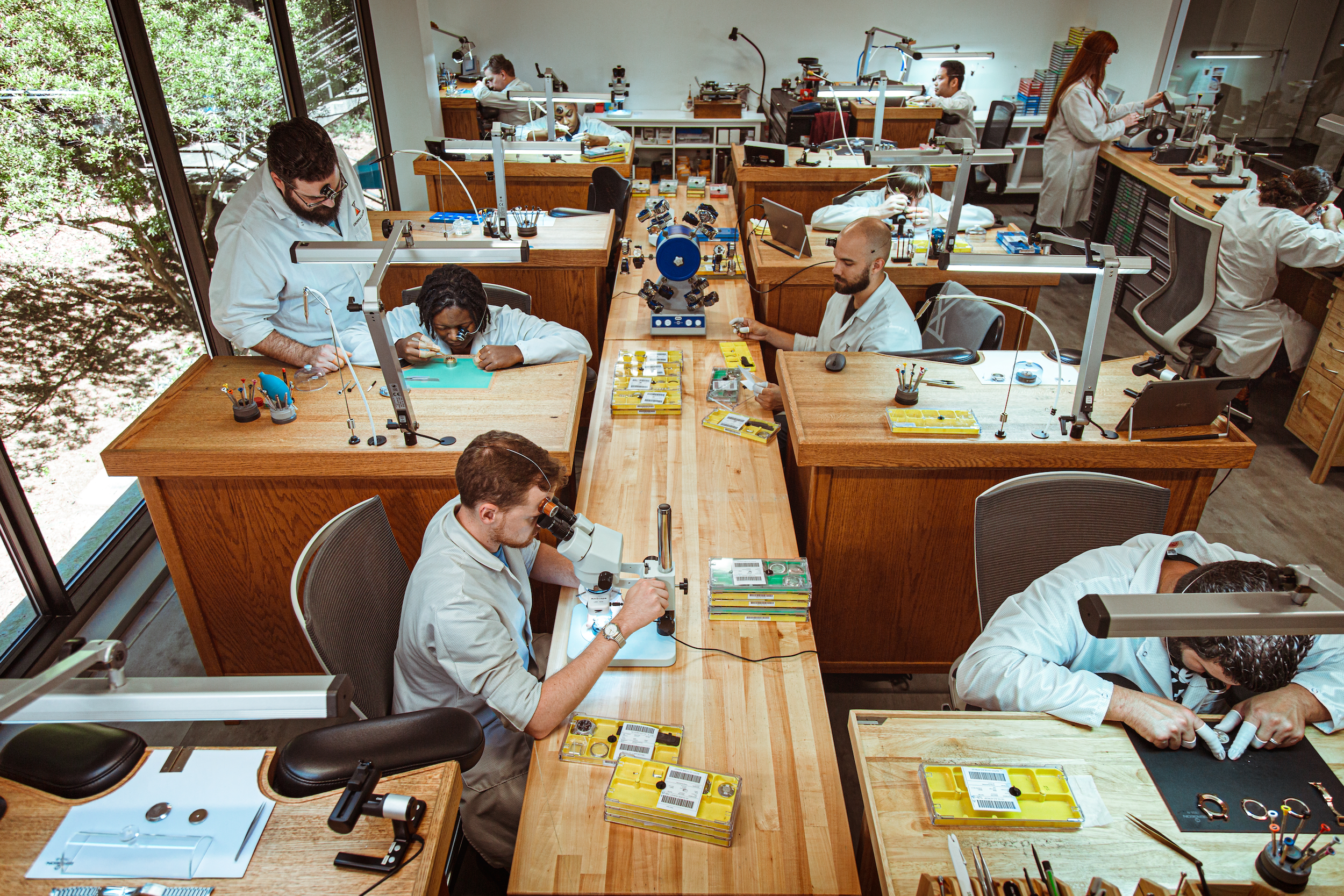 It may seem like Hodinkee’s acquisition of Crown & Caliber is a move that represents business as usual within the well-funded company’s growing ecosystem.

In reality, it’s a move that could be quite huge for the company. Why is that?

Pre-owned has been described as a hot trend in the watch space for the past 3-4 years. The watch industry, however, has been very slow to move into the pre-owned space. While the biggest brand names have discussed potential plans to make their own watches available as so-called “certified pre-owned” watches — that the brands themselves stand behind with brand-level service checks and additional warranties — basically, none of that has come to fruition.

Instead, as one example, the Richemont Group, acquired the expertise of WatchFinder.co.uk in 2018, which is a very successful pre-owned wristwatch seller in the UK. This is perhaps Richemont’s answer to moving into pre-owned. Still not certified pre-owned, but they see the value of being able to control a portion of the pre-owned market, which surely benefits their new watch brands as a side effect.

Notably, watch dealer Tourneau does take trade-ins online, but we don’t have any experience with their service.

Another example is Breitling, who works directly with Crown & Caliber to take trade-ins, which although not as seamless as having Breitling take in the watches themselves, it’s a great option because it helps consumers move on from their existing watch or watches.

Additional options for consumers include selling on eBay or Chrono24, which take huge commissions on the watches, and if you opt for eBay’s authentication service, the percentage eBay takes is even larger. It’s quite ridiculous when you can sell a $20K automobile on Cars.com for under $100 with no commission cut but if you sell a $20K watch on either of the two aforementioned sites, the commission is astronomical by comparison. The fees will add up to $2600-$4600 on eBay, for a $20K watch, depending on the commission rate which tops at 20% for eBay’s authenticated service, plus a roughly 3% transaction fee applied to every eBay transaction where payment is collected online. Oddly, if you sell certain pricey items on eBay, such as a guitar, the commission rate can actually go down quite a bit, at which point it becomes more reasonable. This special commission structure does not apply to wristwatches, though.

Companies need to make money, and eBay is a great option to sell both rarer hard-to-sell items and common brand-name items — but if you have an in-demand timepiece, paying eBay 13-23% of the proceeds to move it, has got to be the last resort.

Many watch retailers do take trade-ins, but few have such a simplified digital evaluation process, at scale, available nationwide, in the way Crown & Caliber does. Authorized retailers, and even pre-owned retailers, are still a viable option but expect to spend time on the phone, to receive slow response times, or have to go there in person.

Consumers, like us, want to move the watch, easily, but with less risk, and without the high fees. And with a fair evaluation process. Bobswatches.com and Watchbox.com also compete in a similar way. Although, we found Crown & Caliber to be the easiest and to offer the most (the most being a relative term and of course selling on your own should always net more than trading it in, whether you’re talking about a car or a watch).

Case in point. We had a reader in 2019 with a Breitling limited edition timepiece that he wanted to sell and he knew it had lost over 50% of its value relative to the retail price but he still wanted to maximize his return. Who doesn’t?  So as a test, we contacted 5 different online pre-owned watch sites that specialize in taking in watches online, without requiring you to go there in person.

The watch was a Breitling, which is a respected brand with good resale, but this one was an oversized Limited Edition, that had a lofty retail price. Nevertheless, it was a watch from a well-known brand name with significant demand.

Of the dealers we spoke with, one had the same watch already in stock, so their lack of offer made complete sense. Another, less experienced online watch buying site, with a clear focus on only most in-demand watch models, said the watch was basically worth nothing. The other two companies gave no offer or explanation at all.

Interestingly, we also contacted Breitling, to see if they had any input, and at the time they said they were working on being able to take in Breitling trades but it was not available yet (as mentioned above, they currently use Crown & Caliber to facilitate their trade-in process).

Ultimately, Crown & Caliber was the only company we found that was both easily available to communicate with through an automated process online, and that gave an actual cash value on the watch. This bodes well for those consumers looking to sell an in-demand model, especially considering our sample watch was a rarer hard-to-sell model, and still was able to generate an offer.

Therein lies the value of the Crown & Caliber acquisition. Hodinkee was already selling tons of new and pre-owned/vintage watches. But now they can take them in more easily — at scale — effectively eliminating a huge pain point for watch owners wanting to sell their watch safely and easily. Of course, watch sales forums, Instagram, even Craigslist are some of the other options to sell your watch on – albeit far riskier. For those that just want to move on with a decent trade-in value, Crown & Caliber is currently one of the best options available in the US.

(If you have anything to add to this article, please feel free to email us at info@professionalwatches.com)