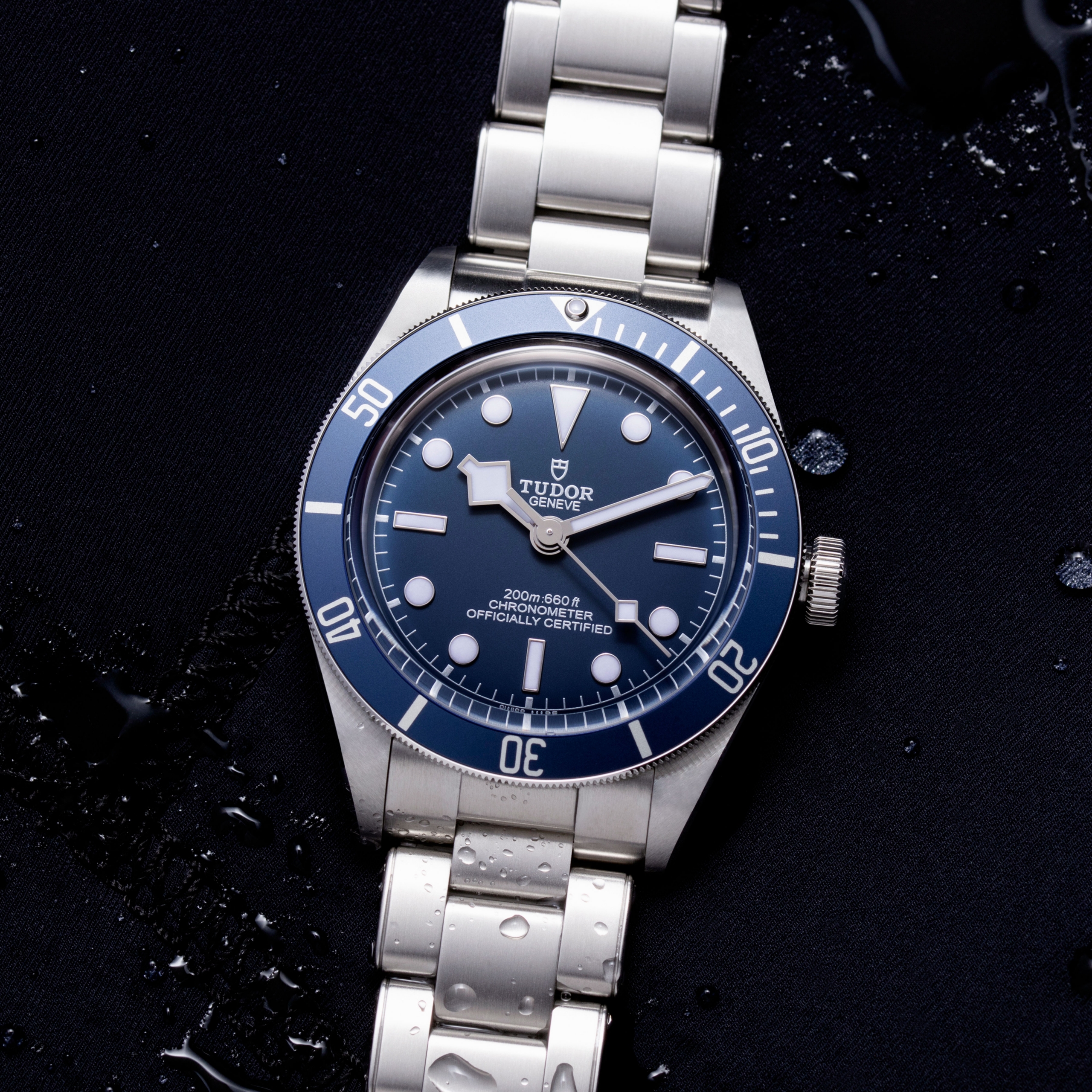 Introduced in 2018, the Black Bay Fifty-Eight is a smaller version of Tudor’s best-selling Black Bay — and it’s been incredibly well-received.

The demand has stayed high for the past two years largely because of the well thought out proportions 39 mm x 11.9 mm, immaculate Rolex-like finish, in-house caliber MT5402 chronometer movement with 70-hour power reserve, moderate price point, and overall aesthetics. It’s also not likely a coincidence that Tudor continually allocates just enough to dealers to maintain a high value new and on the resale market.

Everyone knew Tudor would further capitalize on the success of the original Black Bay Fifty-Eight with one or more new variations eventually and this week — more than two years since the original BB58 debuted) — they have done just that.

Introducing the Black Bay Fifty-Eight “Navy Blue.” A reinterpretation of the Tudor’s famous and highly collectible Submariner that was introduced in 1969 and subsequent Marine Nationale models from the 1970s.

Vintage blue Snowflake Tudor Submariners are very desirable and the price to acquire one has climbed upwards for years — similar to vintage Rolex Submariners — so it’s no surprise why the Rolex-owned company chose a blue bezel and blue dial for the all-new Black Bay Fifty-Eight Navy Blue (Ref. 79030B).

Retail is $3,375 on a strap and $3,700 on a steel bracelet and the BB58 Navy Blue is available for sale immediately. Learn more at Tudor.

Yoy may also be interested in our in-depth Review of the original Black Bay Fifty-Eight.