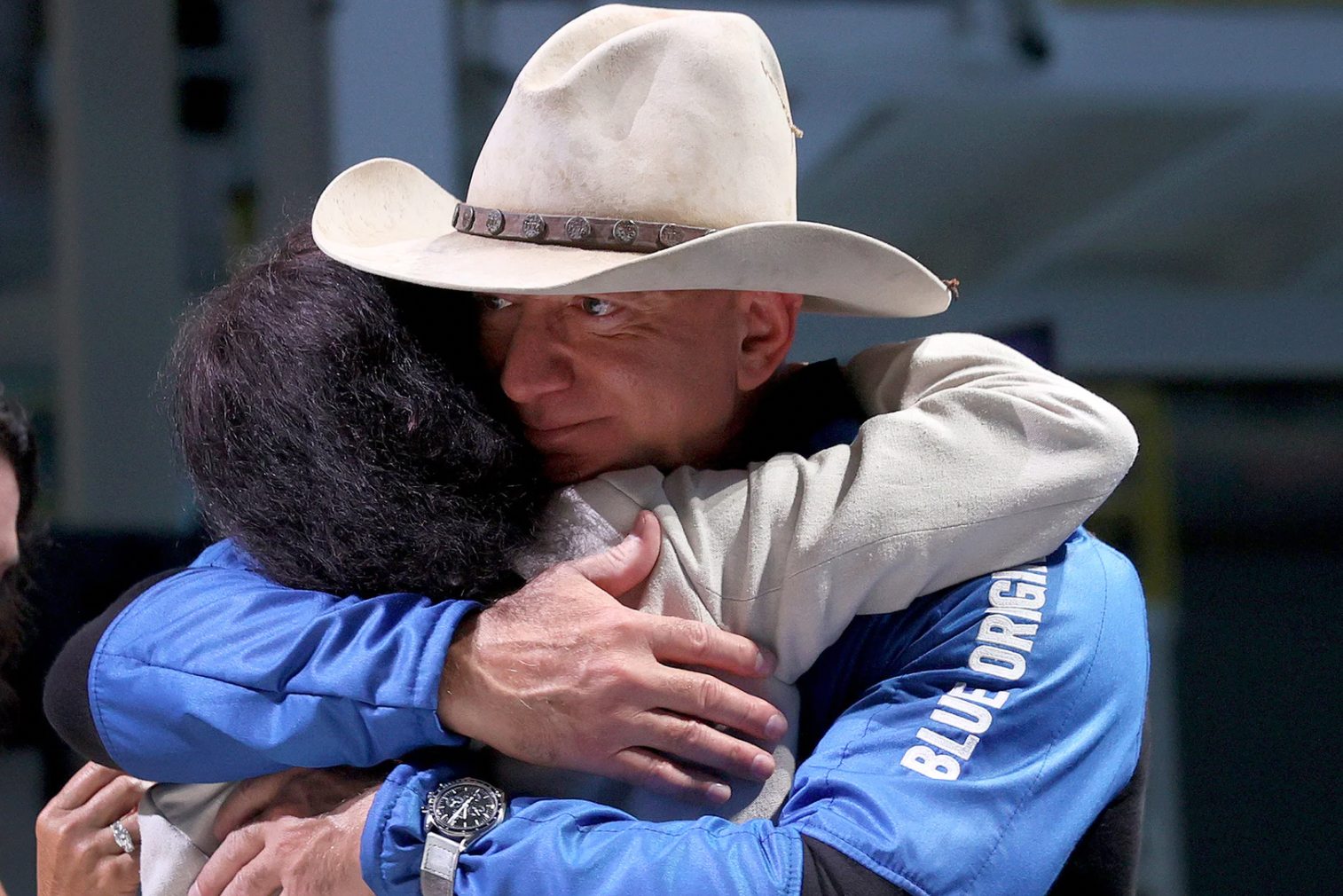 Each passenger wore not one but two Omega Speedmasters on Blue Origin’s first human spaceflight.

Much like Virgin Galactic founder, Richard Branson’s flight earlier this month, the Blue Origin spaceflight represents a new era of commercial spaceflights. Blue Origin’s New Shepard NS-16 (named after Alan Shepard) rocket reached a height of 66 miles, whereas the Virgin Galactic spaceplane reached 53 miles, before falling back down to Earth. This is of course a point of contention between the two billionaire pioneers in what will likely become an ongoing competition.

What’s not a point of contention is that Omega is that like on July 20, 1969, the astronauts on Apollo 11 made wore Speedmaster Professionals, which solidified the timepiece as the “Moonwatch.”

Officially customized by Omega, the Blue Origin logo was added on the Velcro straps that were worn over the spacesuit (pictured), just as they were worn originally on the legendary Apollo 11 moon landing in 1969. Additionally, each of the Speedmasters received a custom caseback that replaces the standard “FLIGHT-QUALIFIED BY NASA FOR ALL MANNED SPACE MISSIONS” engraving, and embossed Omega Seahorse in the center, with the Blue Origin New Shepard vehicle relief engraved in the center, and “FIRST WATCH WORN ON THE MOON” at the top and “Blue Origin NS-16″ and the name of the crew members on the bottom.