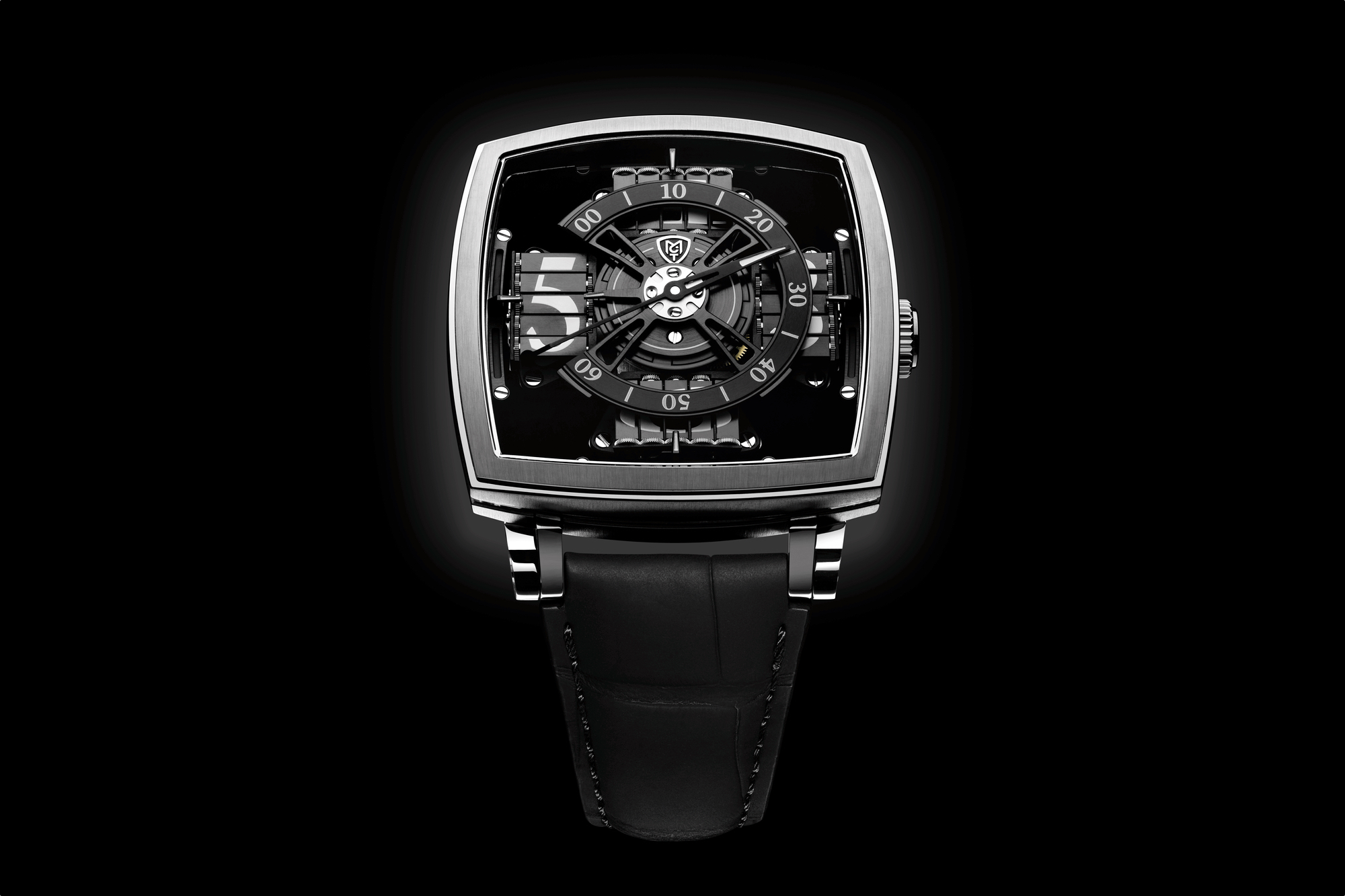 In collaboration with the artist, Anish Kapoor, MCT created a Vantablackversion of their signature Sequential One timepiece. Vantablack is a substance that is made of carbon nanotubes, and which absorbs up to 99.965% of visible light. It is considered the blackest substance ever produced by man.

Initially developed for the military and aerospace industry, Vantablack soon caught the interest of Anish Kapoor. As the artist explains, “it’s the blackest material in the universe, after a black hole; a physical object that is impossible to see”.

The Sequential One S110 Evo Vantablack has the same 45 mm x 45 mm x 15.5 mm case design as previous versions of the Sequential One S110 Evo. And in this particular instance, is crafted from grade 5 titanium with a dark DLC treatment. It also uses the existing caliber MCT-S1.0 – which powers a sequential hour indication that features 4 modules composed of 5 triangular prisms each, and minutes by way of a 270° sector – that beats at 2.5Hz (18,000 vph), consists of 471 components, 81 jewels, and has a 50-hour power reserve.

What is different, is that behind the mechanism on the dial side (the back of the dial), Vantablack material has been applied, creating an effect that makes the components appear to be floating. Additionally, the tip of the minute hand has been covered with Vantablack.

The Sequential One S110 Evo Vantablack is limited to 10 pieces. Each watch is signed by Anish Kapoor. (Ref. SQ 45 S110 VANTABLACK) 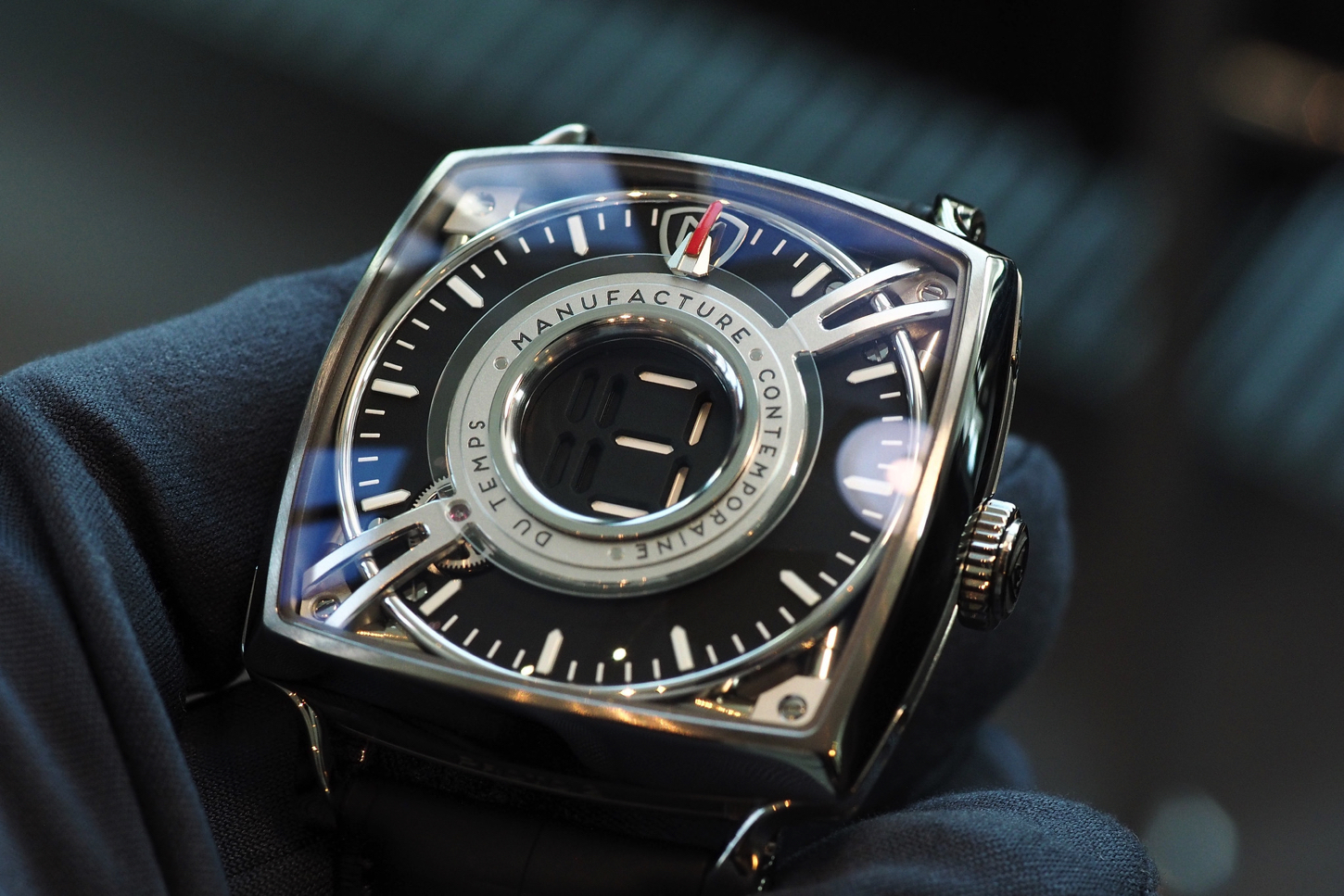 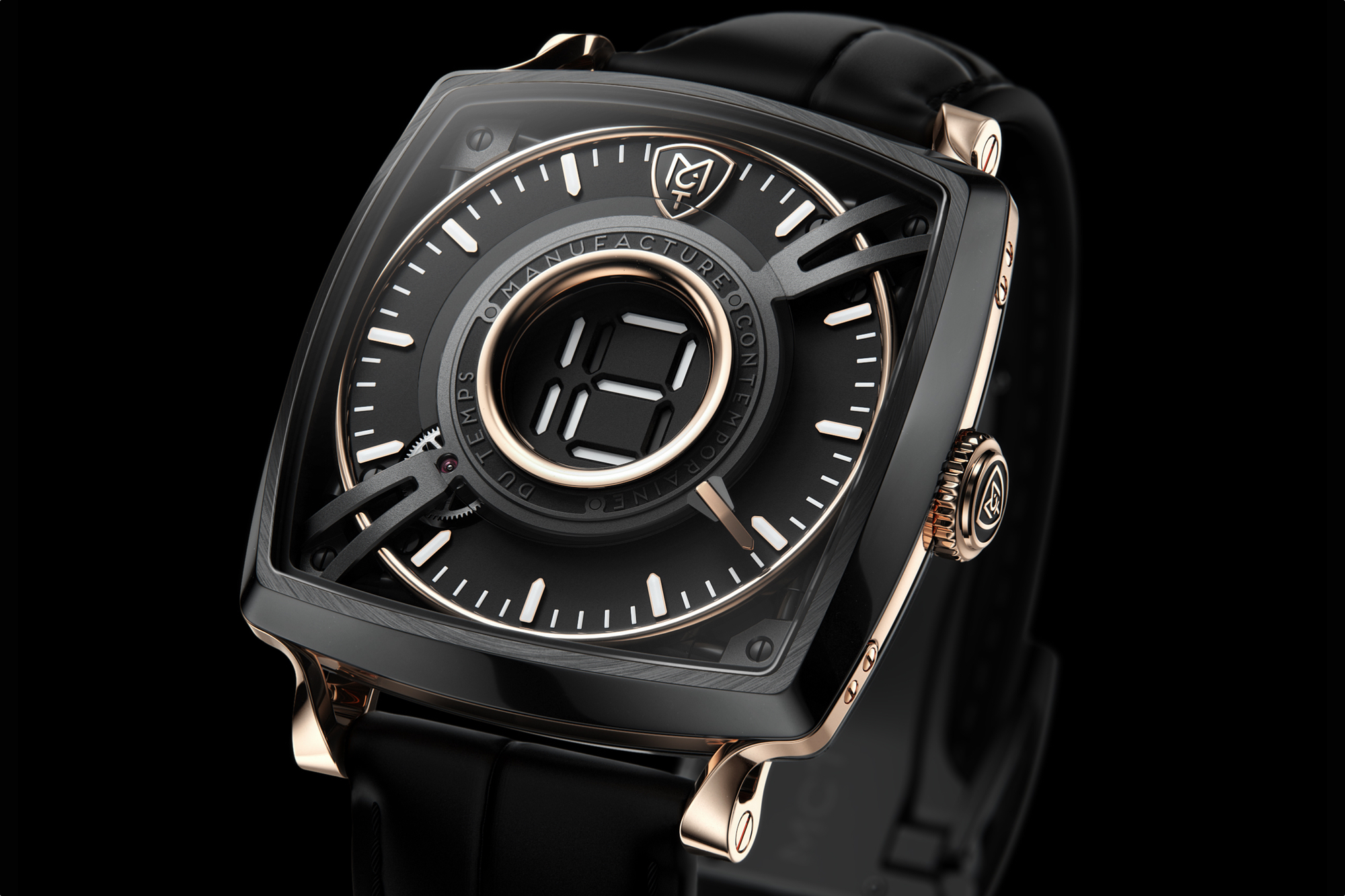 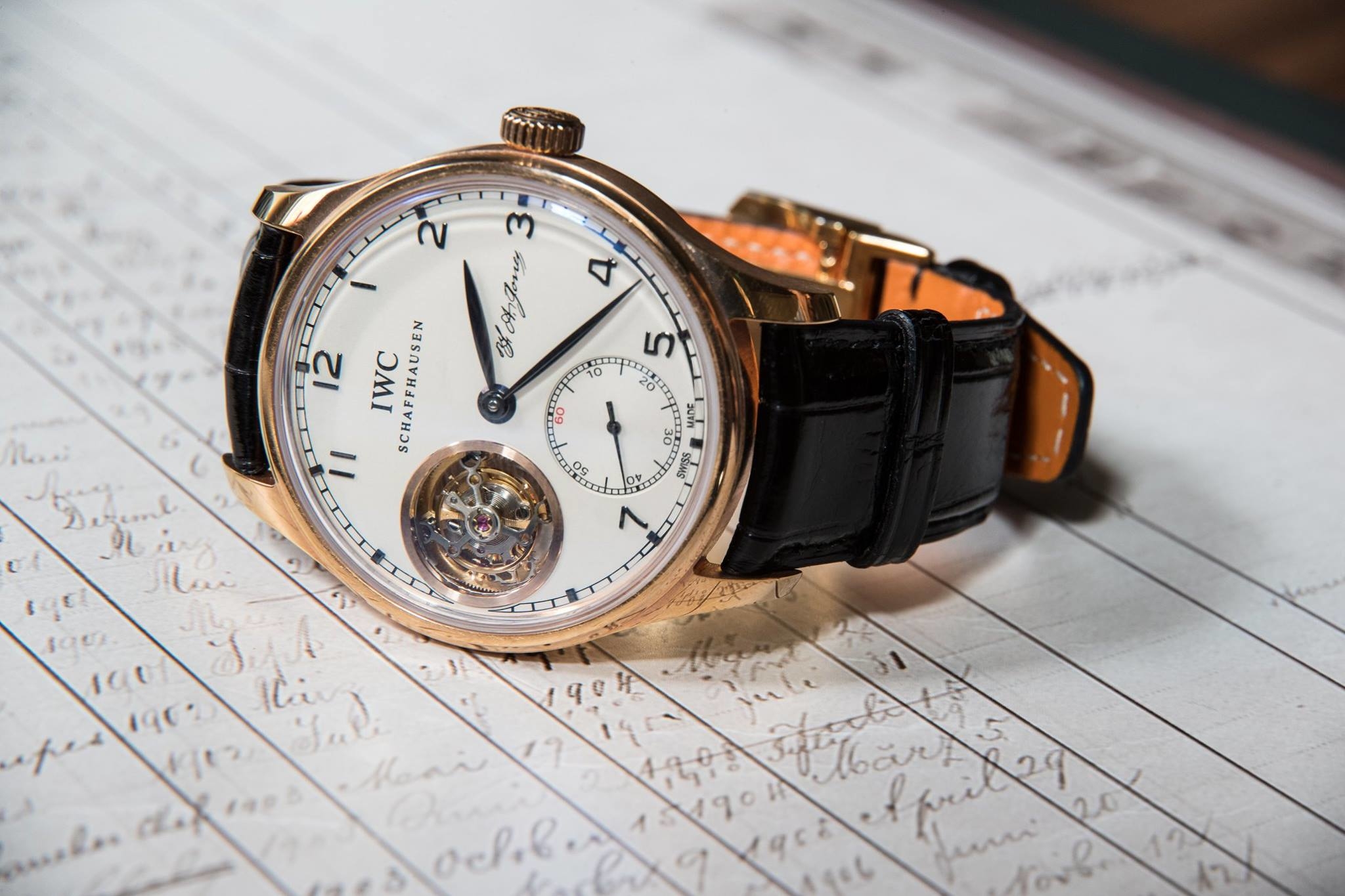