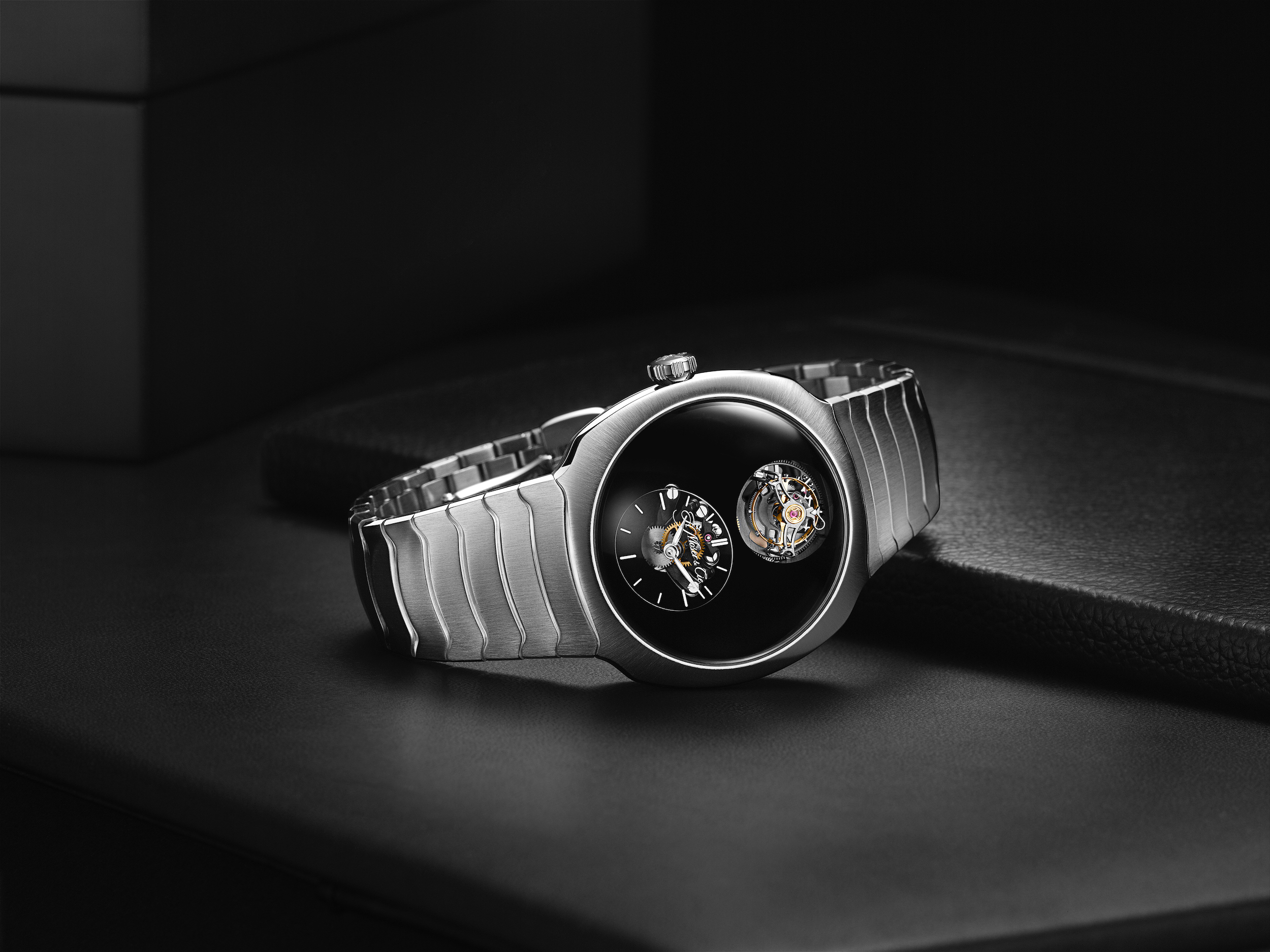 For the upcoming Only Watch 2021 charity auction — which takes place on November 6th — Schaffhausen-based Moser watches have created a compelling new one-off timepiece.

The Moser Streamliner Cylindrical Tourbillon Only Watch will be auctioned in Geneva, with all proceeds going to support the fight against Duchenne Muscular Dystrophy. H. Moser & Cie. spared no expense with this one-of-a-kind tour de force timepiece that combines a Vantablack® dial, which consists of a super-black coating said to be the darkest man-made substance in existence, with a three-dimensional in-house movement equipped with a cylindrical hairspring — all packaged in the distinctive Streamliner case. The stainless steel cushion case measures 40 mm in diameter is topped with a highly domed sapphire crystal, has a water resistance rating down to 120 meters, and features an integrated bracelet.

Interestingly, the movement was developed in collaboration with MB&F for a special edition launched in 2020. The highlight of the caliber is a 1-minute flying tourbillon equipped with a cylindrical balance, which is a design not often seen outside of historic marine chronometers, due to its height requirement and manufacturing complexity. In fact, Moser is one of the few watchmakers in the world capable of producing balance springs and does so via their sister company, Precision Engineering AG.

As mentioned above, a Vantablack® coating, typically used in astrophysics for telescopes and by the military as thermal camouflage, to increase stealthiness, has been applied. “It is composed of juxtaposed carbon nanostructures. When a photon hits Vantablack®, this material absorbs 99.965% of the light. As our eyes need reflected light to perceive what we are looking at, Vantablack® is perceived as the absence of matter, a black hole. Radiating the full power of its perfect blackness, the Vantablack® highlights the beauty of the flying tourbillon in an ultra-contemporary, refined and timeless manner. It also accentuates the hours and minutes dial, which is made from sapphire and tilted at a 40° angle, so that the wearer is the only one able to discern its secrets,” according to Moser.

The Streamliner Cylindrical Tourbillon Only Watch will be on display in Monaco during the Monaco Yacht Show from September 22nd to 25th, 2021. The Only Watch 2021 collection will then go on tour in Europe, Asia, the Middle East, and the USA, before finishing in Geneva on November 6th, 2021.