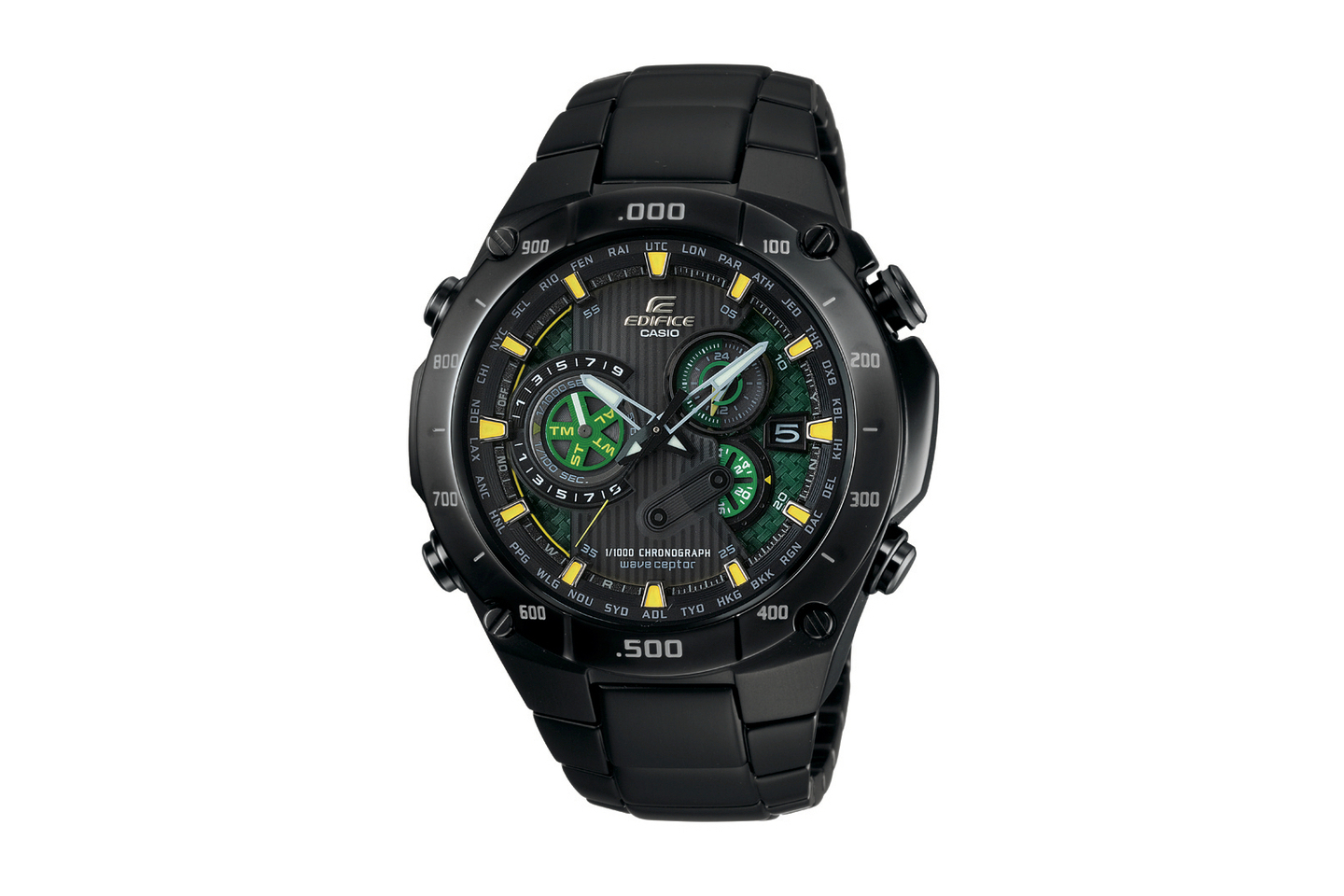 Casio has recently launched their upscale Edifice Black Label collection in the United States. Building on the popularity of Casio’s G-Shock line, this collection features many of the same functions, such as world timers, chronographs and more. However, instead of the standard resin case, that usually costs under a $100 within the G-Shock line, this collection moves up to stainless steel cases with a hard black PVD treatment. The new collection consists of 5 models that vary in price range from $150 all the way up to $500 for the top of the line.

Each timepiece has a chronograph (stopwatch), however, as you move up the price range, the chronograph accuracy increases from 1/100th of a second to 1/1000th of a second for the top models. One one-thousandth of a second is extremely accurate and is very difficult to display, so they had to come up with a special system to display this (which I will cover in more detail when I receive a test sample of the top of the line model next month).

On top of 1/1000th of second chronograph accuracy, the top of the line “3D Dial Solar Atomic 1/1000th Chronograph” model (EQWM1100DC-1A2) has some other very notable features as well. It features the “Tough Solar” technology that is seen on many Casio watches. Basically, sunlight enters through the dial and recharges the battery, which in turn powers the quartz oscillator. This means you’ll never need to replace the battery.

Further, the 3D timepiece also features self-adjusting Multi-Band 6 Atomic timekeeping. This means that if you are within the 1,800-mile radius of one of the world’s 6 atomic radio clocks, your watch will automatically calibrate itself each day. This makes the already accurate quartz technology, even more accurate. There are atomic clocks in London, Germany, China, United States and two in Japan. As long as you have a clear view of the sky, facing towards where the nearest atomic clock is located, your watch will try to calibrate itself every day (up to 6 times), and if that fails you can even try to manually calibrate it.

The Edifice Black Label collection stays true to Casio’s roots, while adding a bit more luxury and some unique features, like the amazing 1/1000th of a second chronograph. Retail prices range from $100 to $500.