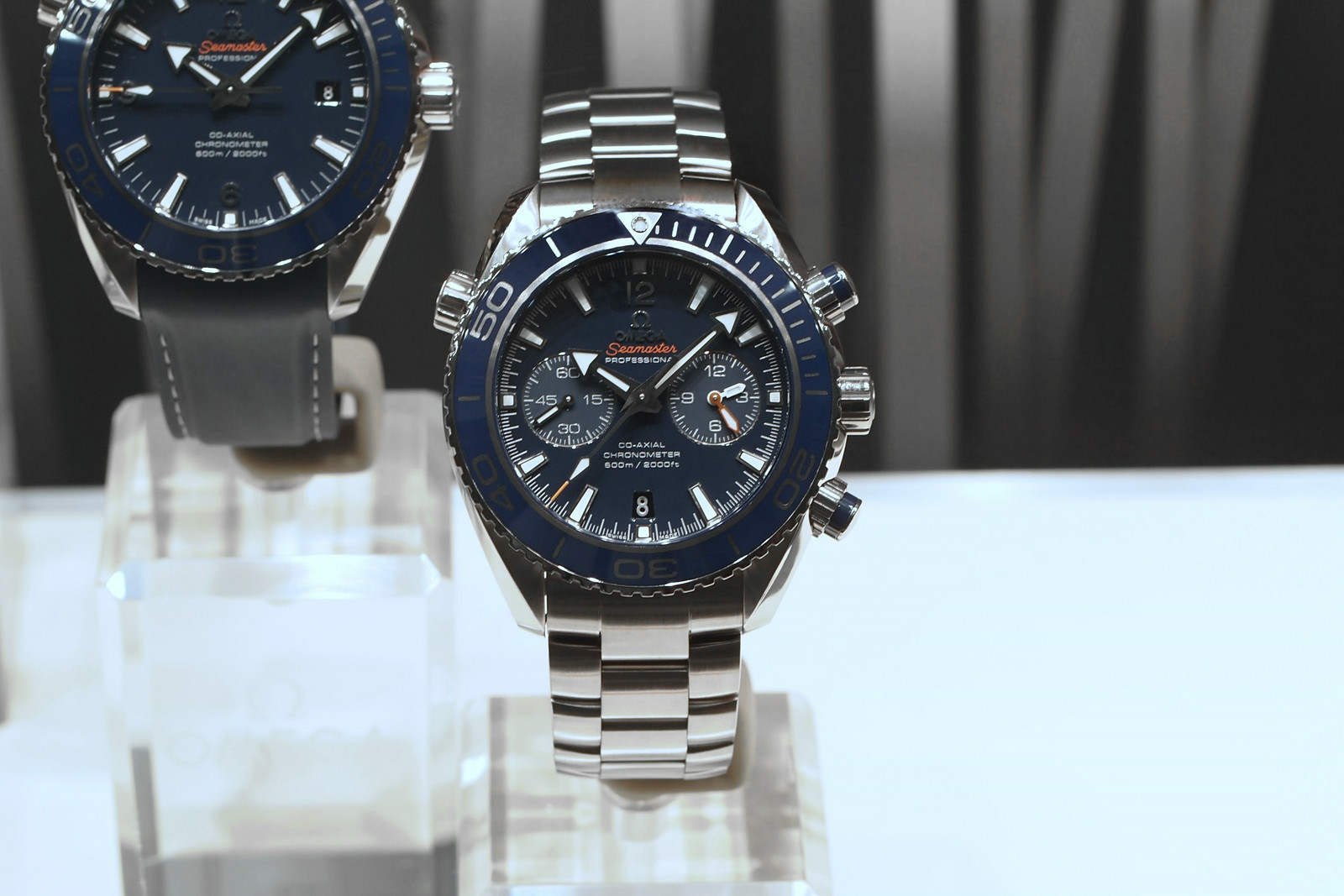 Introducing the all new Omega Seamaster Planet Ocean Professional Dive Chronograph. Most notably, this Seamaster features an ultra hard ceramic bezel, with scaling and numbers made of an alloy called Liquidmetal® (Apple has the exclusive right to use this technology in consumer electronics, and the Swatch Group has the exclusive right to use the technology in watches). Last year Omega became the first watchmaker ever to blend ceramic and Liquidmetal®. According to Omega, the hardness of the materials means that the bezel (generally one of the most vulnerable parts on the exterior of a watch case), will maintain its appearance indefinitely.

 The Planet Ocean’s bezel is impressive and unique, but that’s not it, the new CO-Axial Calibre 9300/9301 (which includes Omega’s silicon “Si14” balance spring on  Omega free sprung-balance), is quite impressive as well. The self-winding calibre runs at 28,800 vph (4Hz) and can wind in both directions. It has 54-jewels and a 60-hour power reserve, and is an officially certified chronometer (meaning about 5 seconds per day accuracy).

The CO-Axial escapement has 3 levels. The chronograph mechanism is a luxurious, and smooth actuating, column-wheel mechanism (as opposed to a cam and lever chronograph design). Dual power barrels are featured, and mounted in series. The bridges and rotor are rhodium-plated and feature Geneva stripes. The screws, barrels and balance wheel are blackened. A NIVACHOC advanced shock system prevents harmful jolts from affecting the movements precision.

The case is 45.50 mm in diameter by 19.15 mm in height, and made of grade 5 titanium, with both brushed and polished surfaces. The diving bezel is a uni-directional rotating type (to prevent accidental adjustment during dives), and has a dot at 12 o’clock with white Super-Luminova. A screw-in crown with helium escape valve embossed with “He” at 10 o’clock. The sapphire crystal is domed with anti-reflective treatment on both sides. The caseback is brushed and screwed-in, engraved with “Si14.”

This special Planet Ocean is shown with a titanium bracelet and is also available with a blue integrated rubber strap. Water-resistance is 600 meters (2,000 feet). 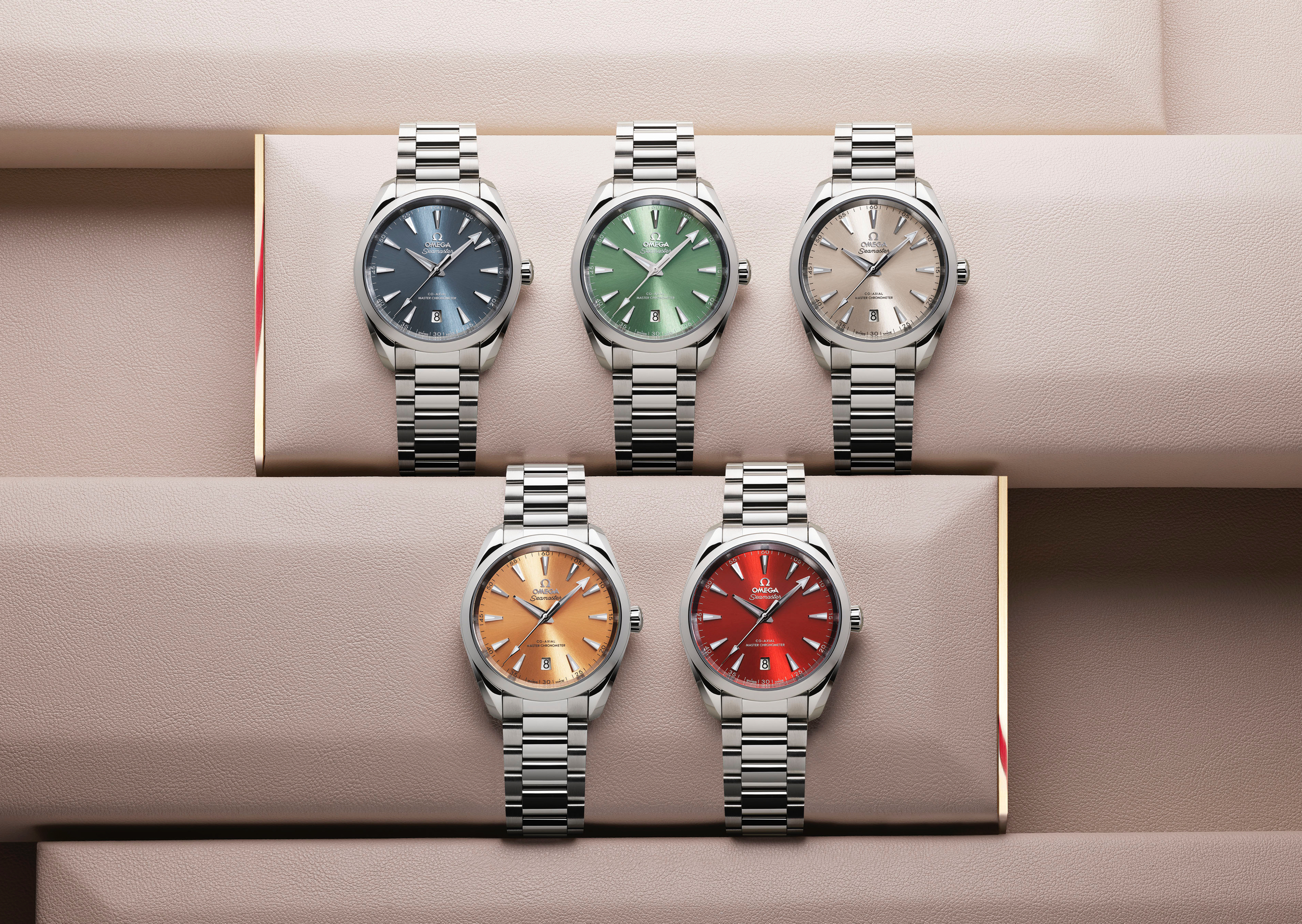 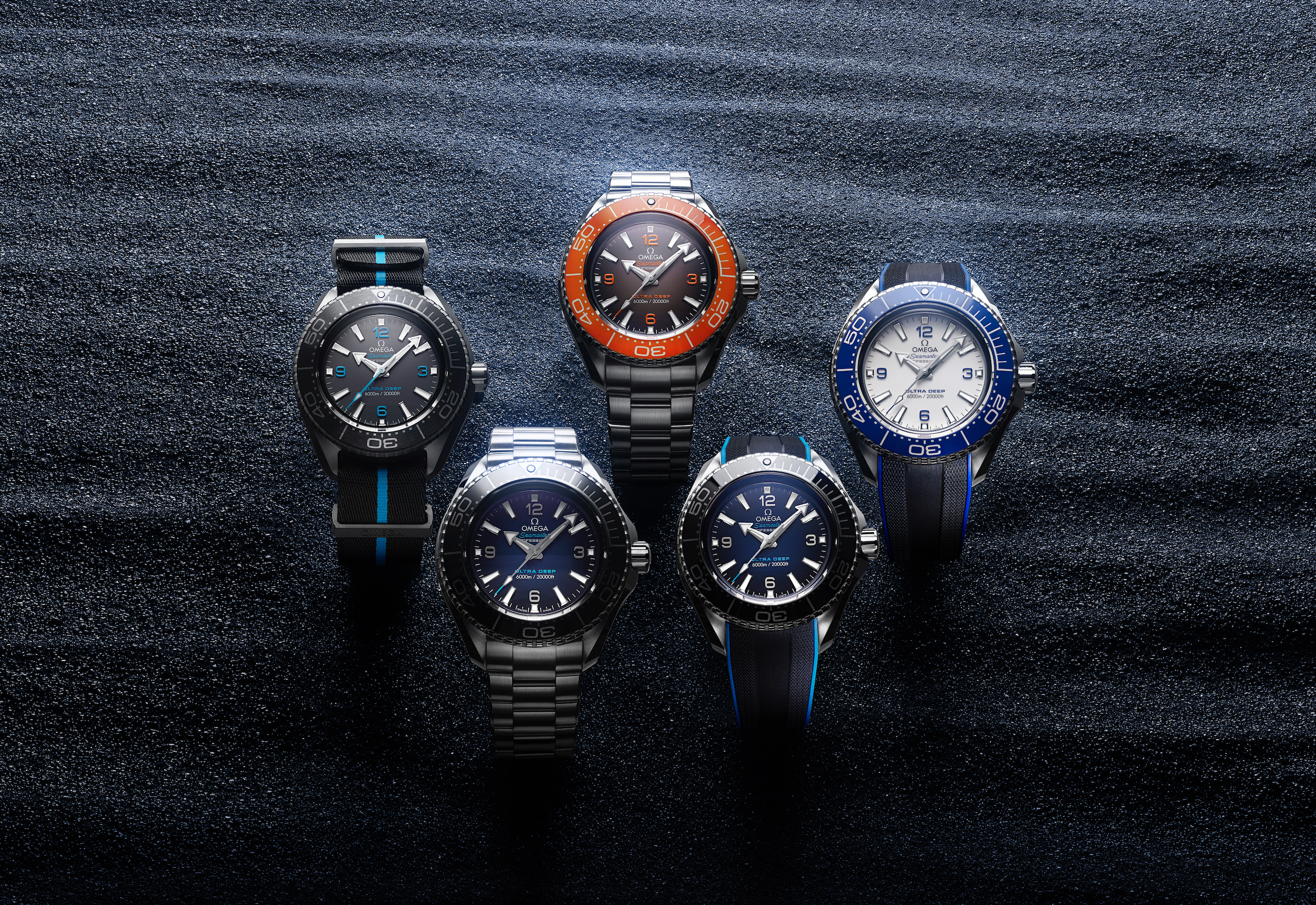