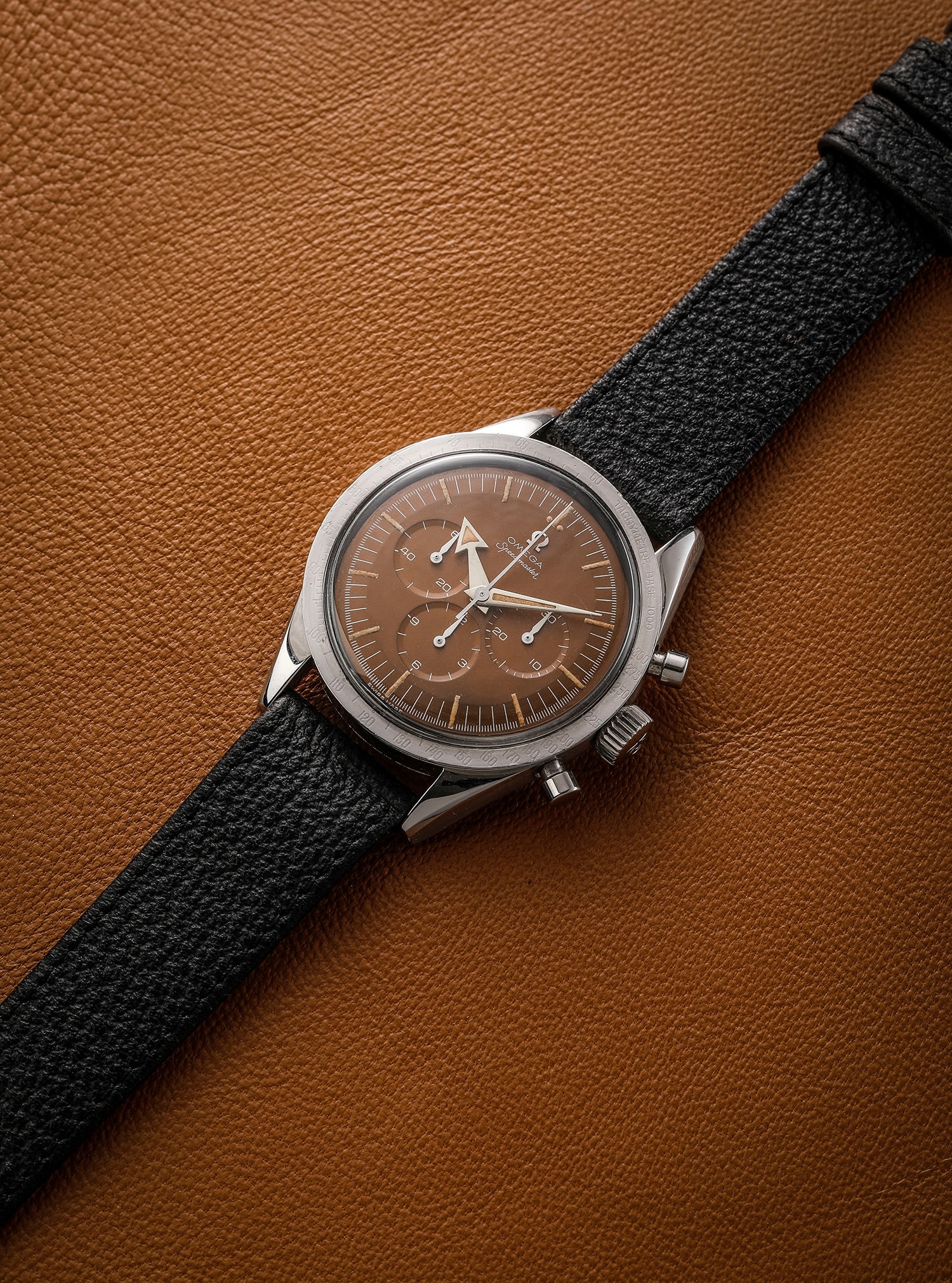 Compared to the 1958 CK2915-1 that sold in 2018 for over four hundred thousand dollars, this first generation Speedmaster CK2915-1 was produced in the earlier first production run in 1957. In fact, this was the first run of Speedmasters, which also represented the first chronograph with a tachymeter scale on the bezel as opposed to the dial. Both CK2915-1 Speedmasters come in a 38 mm diameter stainless steel case with Broad Arrow hands and the Lemania-based caliber 321 movements. The earlier Speedmaster differs from the previous record-holder in that it has a highly desirable milk chocolate-colored “tropical” dial versus a nicely patinated traditional dial. Additionally, this particular 2915, has the desirable Seahorse engraving on the caseback, whereas the previous record-breaking Speedmaster does not. These factors plus the timepiece’s incredible condition, and an Omega Extract from the Archives confirming production of the watch on November 22, 1957, and original product literature, surely helped boost the value of the Speedmaster CK2915 MK1.

All of this said, how did this Speedmaster command more than 8X over the reference 2915 that sold just three years earlier in 2018?

It’s hard to say exactly. Perhaps there were a lot of wealthy bidders vying for the timepiece, considering it’s one of the most collectible Speedmasters to ever reach the auction market. Maybe the fact that Phillips listed the estimates at the exact same amounts (CHF 80,000 to 120,000) as the Speedmaster they sold three years earlier in 2018 more than five times the low estimate. And finally, a potential factor that will likely never be disclosed, is that just like with Paul Newman’s Paul Newman Daytona, which achieved over $17 million in 2017 — also at Phillips — is that company that made the watch originally, Omega, could have purchased the historic timepiece, to put in their museum, and of course, to increase the perceived value of all Speedmasters.