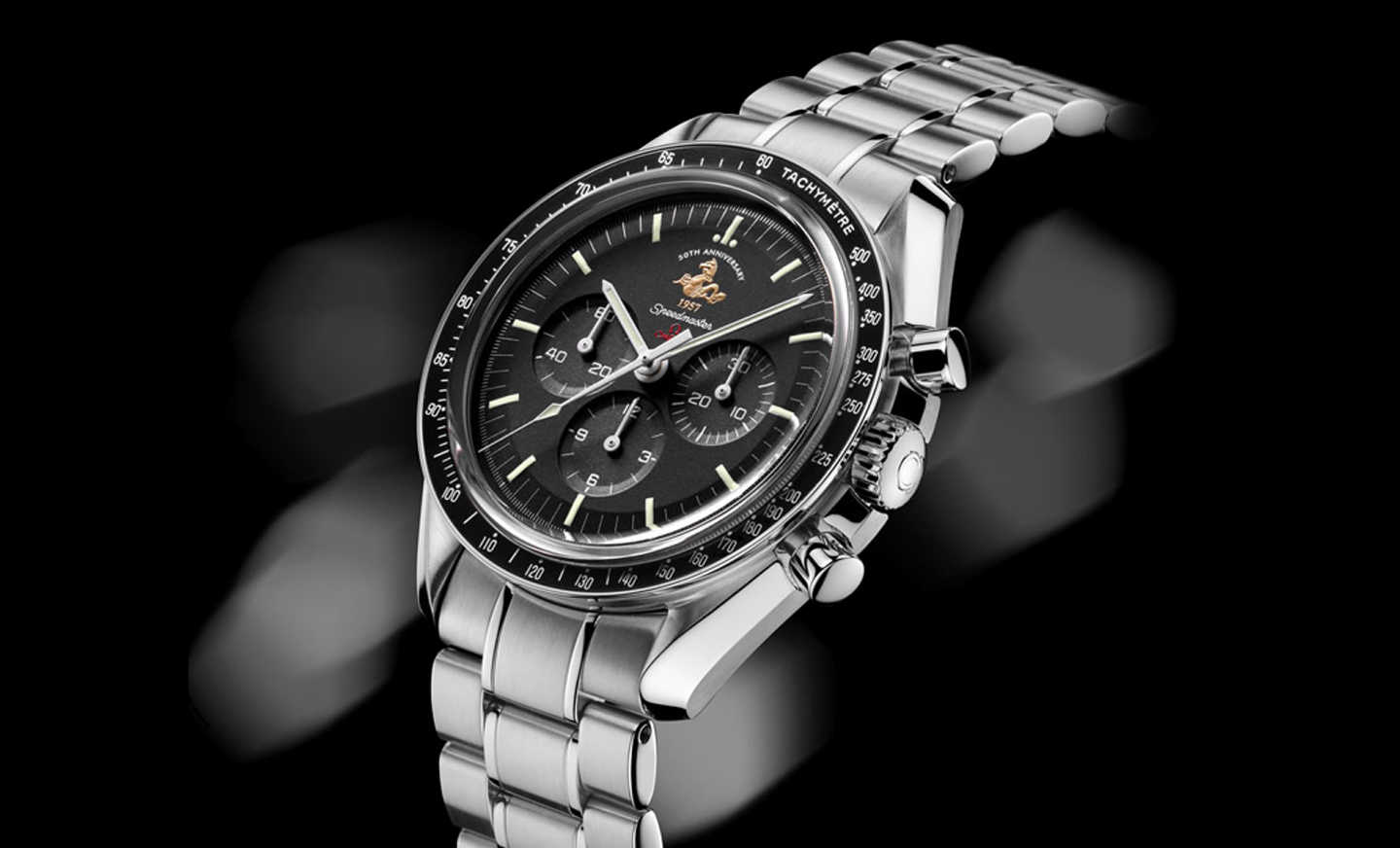 Omega’s Limited Speedmaster Professional Chronograph Moonwatch celebrates the 50th anniversary of the Speedmaster (although the original Speedmaster came out in 1957, Ref. CK2915-1, and does not look like this watch). The first watch to be worn on the moon, watch actually the Ref. 105.012, and began production in 1966, and does look like this, apart from the 50th Anniversary emblem at 12 o’clock.

A limited series of 5,957 stainless steel pieces with a special commemorative design of a golden seahorse on the dial will give collectors a rare opportunity to own a piece of space history.

The 42 mm Speedmaster Professional Chronograph Moonwatch, based on the original 105.012, is the watch that most resembles the watch worn by Buzz Aldrin with its black dial, chronograph counters, and tachymeter scale bears. And so Omega chose to make a watch for the 50th Anniversary of the CK2915 but based on the pre-moon 105.012, which somewhat makes sense as the watch Aldrin wore is the most famous.

Being that the Speedmaster Professional Moonwatch was worn by Aldrin in 1969, that makes 2019 the true 50th Anniversary for that watch.