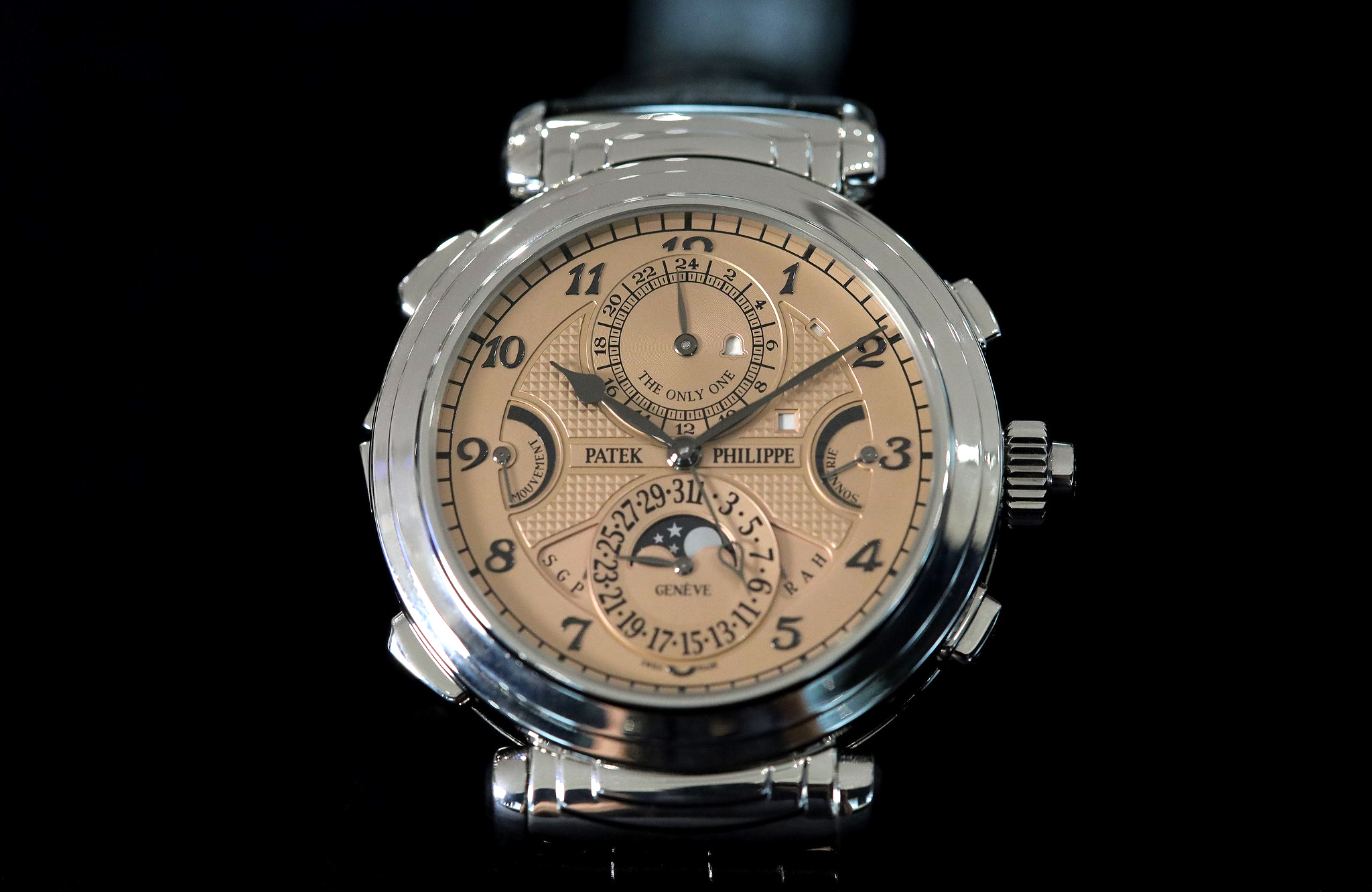 The Patek Philippe Grandmaster Chime is a substantial timepiece, in every sense of the word. With 20 complications, it’s the most complicated watch that Patek has ever created. Measuring in at 47.7 mm x 16.07 mm, it’s also quite large, especially for a Patek, but it’s notably lighter than the original Grandmaster Chime timepieces – which came out in 2014 and were produced in a limited edition of just 7 timepieces – because all of those were created in precious metal cases.

When you get into this stratosphere, precious metal, which is normally more expensive, is actually more common, so stainless steel becomes the rarity. And that’s one major factor in the earth-shatteringly high price achieved today at the Only Watch 2019 auction. Another factor, of course, is that 99% of the proceeds from this and the other 49 lots, go to charity. The money earned from Only Watch funds research on Duchenne muscular dystrophy.

Auction expert, John Reardon, weighed in on the potential of this timepiece to achieve eight-figure results, in a discussion with Professional Watches just last month, and he was absolutely right. In fact, with a final hammer price of CHF 31,000,000 the now legendary Ref. 6300A-010 hit the eight-figure mark three times over effectively crushing the previous all-time pocket watch and wristwatch sales records held by the Henry Graves. Jr. Supercomplication pocket watch (which sold for $24 million in 2014 at Sotheby’s), and the Paul Newman Rolex Daytona Paul Newman wristwatch (which sold for $17.75 million in 2017 at Phillips).

Beating old auction records is something that’s become a regular occurrence in recent years, and many critics wonder when the watch auction bubble might pop. This may be a clear indication that it won’t be happening anytime soon. Regardless, the best part of the Patek Phillipe Grandmaster Chime Only Watch 2019 obliterating all past watch sales records, is that the proceeds from this sale all go to charity.