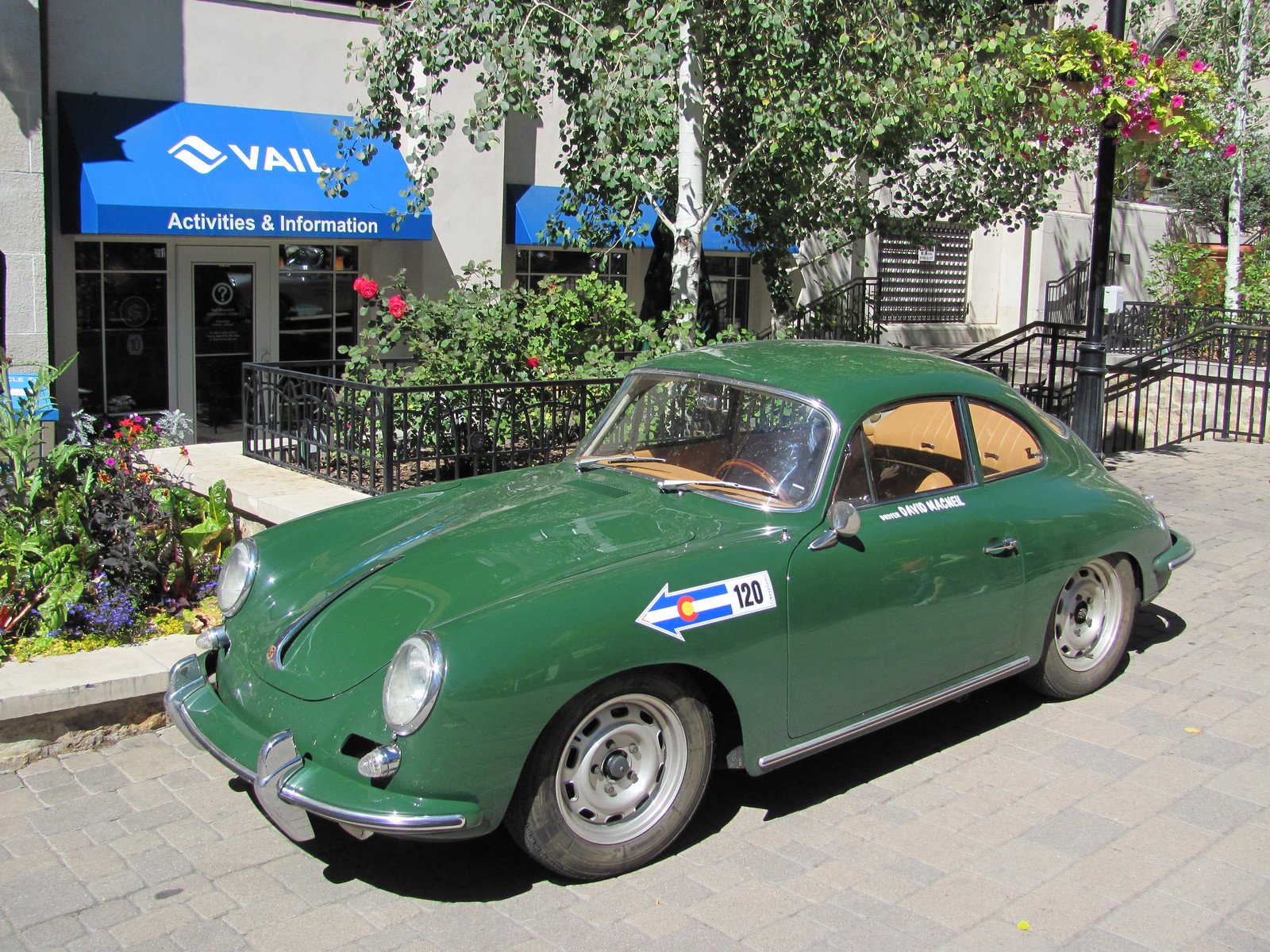 The Colorado Grand is an annual vintage car tour that helps support Colorado Charities. The non-competitive event starts and finishes in Vail, Colorado and includes 85 vintage sports and race cars from 1960 or earlier, riding through the Rockies over five days and covering 1,000 miles. The event was founded in 1989 by Englewood automotive enthusiast Bob Sutherland. It is sometimes described as the US version of the Mille Miglia 100.

The 26th Annual Colorado Grand vintage car race took place from September 8-13, 2014 and our contributor, Chris Clark, was there at the finish to bring us these photos.

According to the Colorado Grand website, and as you can see in the photos, the tour attracts entrants with vintage Mercedes-Benz, Ferrari, Porsche, Bugatti, Alfa Romeo, Bentley, Aston Martin, Jaguar, Maserati, Allard, MG and such exotic names as Amilcar, Lancia, Cisitalia, Squire, Delahaye, and Talbot-Lago.

The Colorado Grand currently generates well over $300,000 annually for small Colorado charities and Western Slope towns as well as college scholarships to graduating high-school seniors in those towns. Current charities include the Colorado State Patrol Family Foundation, the Robert Sutherland Foundation, Flight for Life, CASA, and medical facilities in small towns. Cumulative donations since 1989 are over $4 million.

The event is run with the cooperation of the Colorado State Patrol and in towns where we have lunch-such as Lake City, Walden, Paonia, Salida, Ridgway, Hotchkiss, and Meeker, spectators are invited to see the cars and meet their owners.

Chopard, who is a longtime sponsor of the Mille Migilia, previously sponsored the Colorado Grand, and at least one car still has an old decal denoting (pictured below on a off-white Austin Healey), but they are no longer a sponsor as of 2014.

If you look on the dashboards shots you will see that some of the cars Smiths and Jaeger gauges. We especially like the Jaeger gauges on the red Ferrari, which reads “Fabrique En Suisse,” along with some nice perlage on the steering wheel.