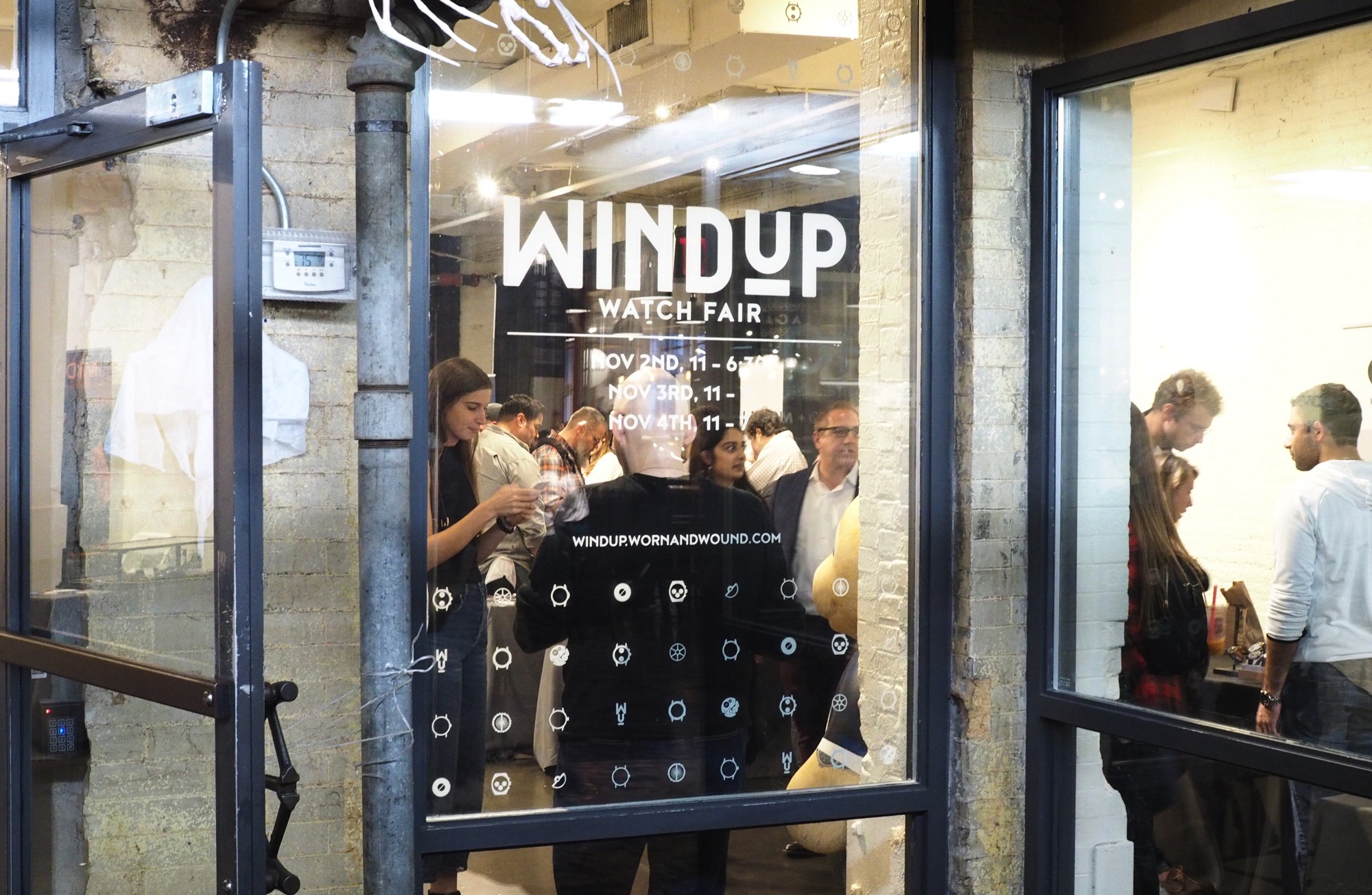 The fourth edition of the popular Windup Watch Fair NYC took place this past weekend at the bustling Chelsea Market. Started in Soho in 2015, Windup, which is organized by the publication Wornandwound, is the largest watch show in the United States, according to the organizers. Further, the response has been so positive that a San Fransisco edition was added this year, with plans to do so again next year.

Uniquely, Windup is set up more like a big “Pop-Up” store than a typical Watch Show. Everything is casual, you can just walk in off the street, no need to register or buy a ticket as you do at most watch shows. However, despite the feel of a Pop-Up, and the ability to buy watches, straps, and accessories on the spot, it’s also a large Watch Trade Show with over 40 exhibiting brands from around the world, and thousands of visitors over the 3-day event (Friday, Saturday, Sunday).

With a huge selection of desirable, accessibly-priced products, and a relaxed atmosphere with lots of #watchfam, it was truly a fun event to attend. It was literally packed from open to close Friday, and the flow of foot traffic was consistent on Saturday and Sunday as well. This is why it’s not that surprising that numerous companies chose Windup as the platform to launch new products, which’s a sign of just how important it has become. Being that this also acts as an industry networking event, each night there was also a cocktail hosted by the show organizers in a reserved space at a nearby bar.