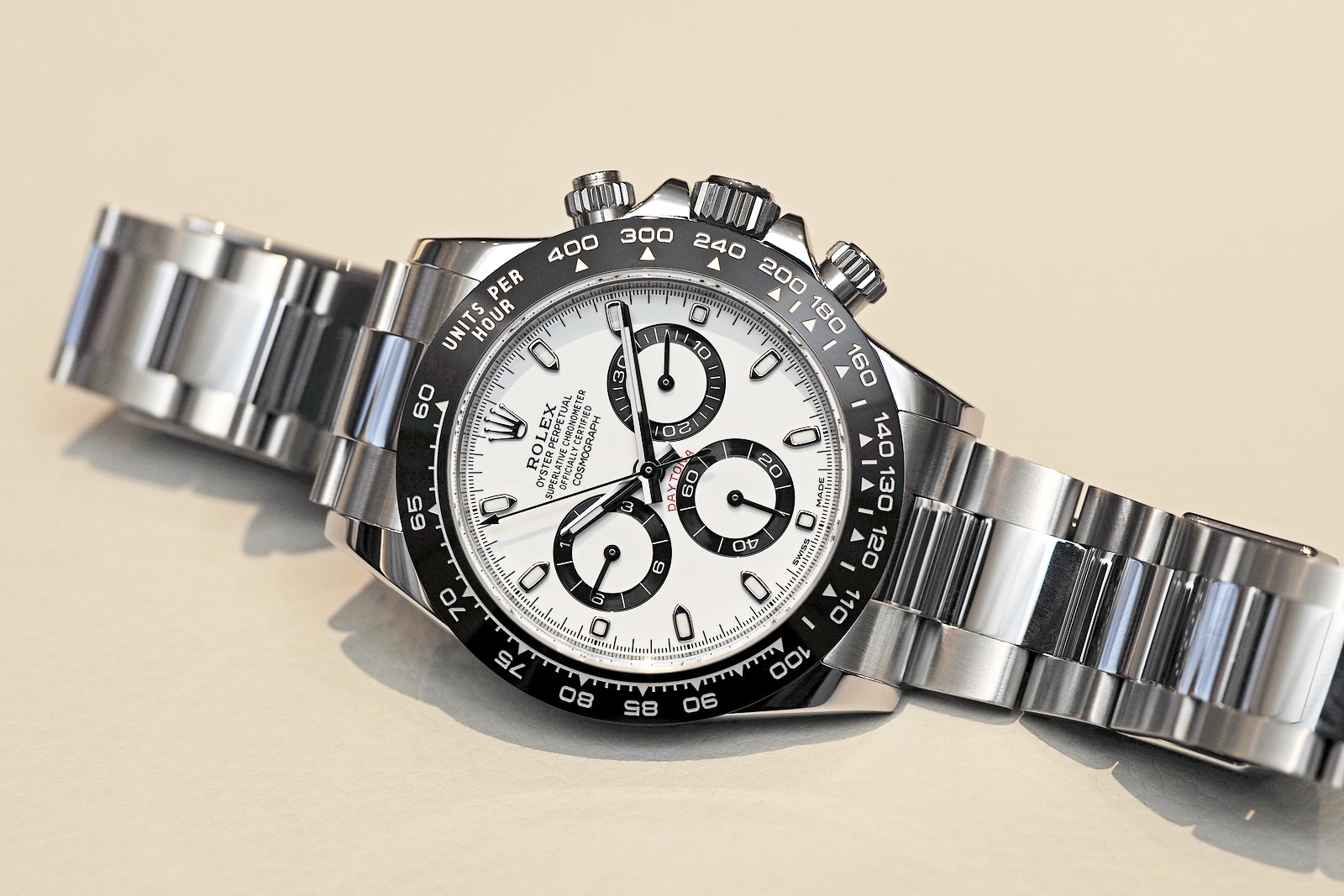 This year at Baselworld, by far, the most talked-about watch release has been the Rolex Cosmograph Daytona Ref 116500LN (which replaces Ref. 116520 that was first introduced in 2000).

Over the 16 year period, a number of incremental changes have been made to the Daytona Chronograph. The caliber 4130 automatic movement was enhanced with a blue Parachrom hairspring, which improves rate accuracy thanks to its anti-magnetic properties. The previously green Superluminova material was changed to Rolex’s proprietary Chromalight material, which notably lights up blue. A modern spring-loaded clasp was added along the way. While the original flange had no writing, the word “ROLEX” is repeated, as seen in all current Rolex timepieces. Also, the new outer chapter ring (for minutes and seconds), is now marked with 5 graduations in between each hour index as opposed to twenty-five. And most notably, the steel Daytona now has a black polished Cerachrom (ceramic) bezel, as well as a new font (previously only seen on precious metal versions of the Rolex Daytona). Additionally, the white dial model has new black rings for the three subdials, instead of silver as seen on its predecessor.

Ultimately, after much speculation in recent years about the design of the Daytona, Rolex has finally delivered. And while it may not have the exact look of a vintage Paul Newman Daytona, many of the Rolex faithful, and surely plenty of new customers are fighting to get their hands on one of the newest Daytonas. That then brings us to the dilemma of which version to go with. The black dial or the white dial. Moreover, if you really want one, is it worth paying over retail? 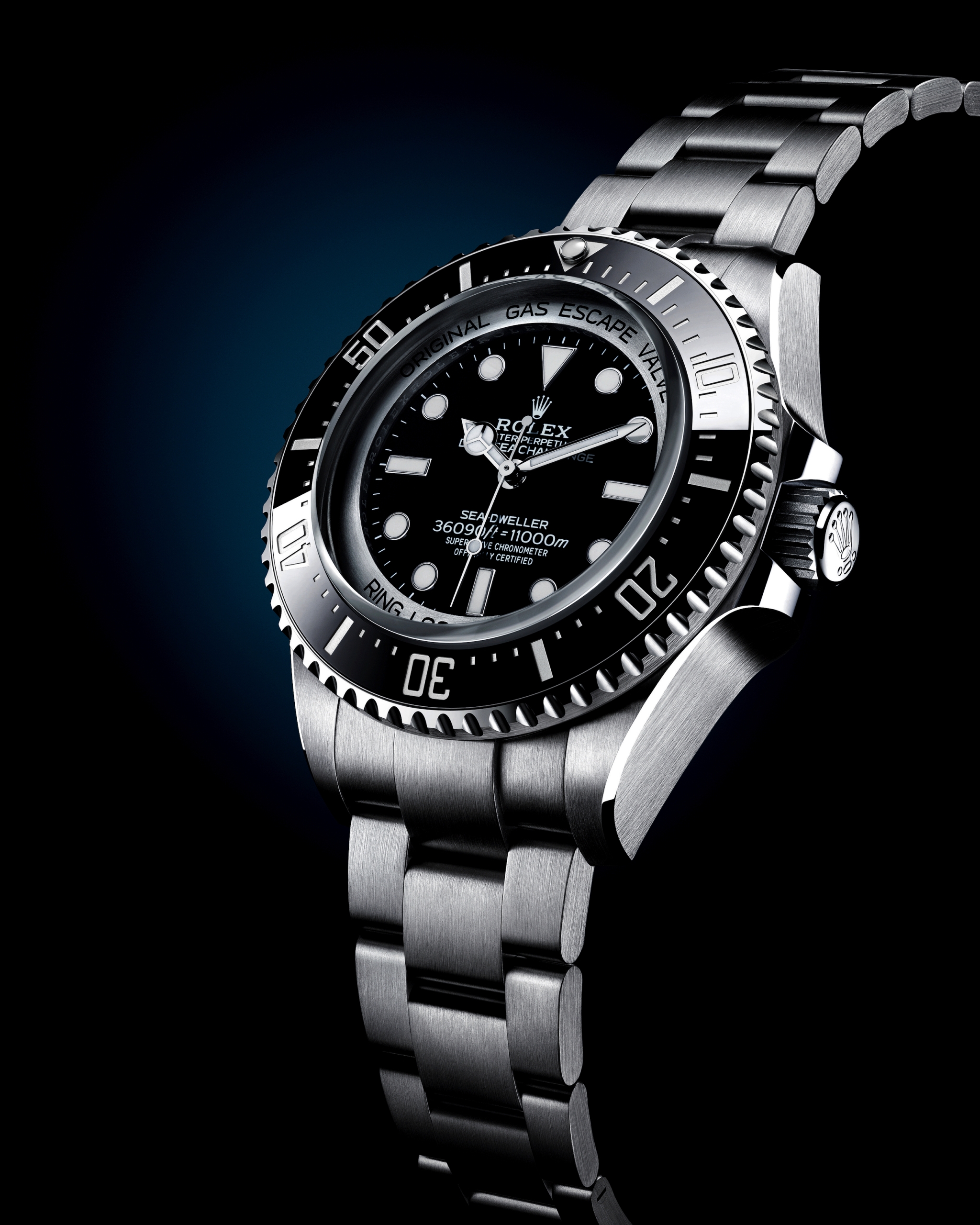