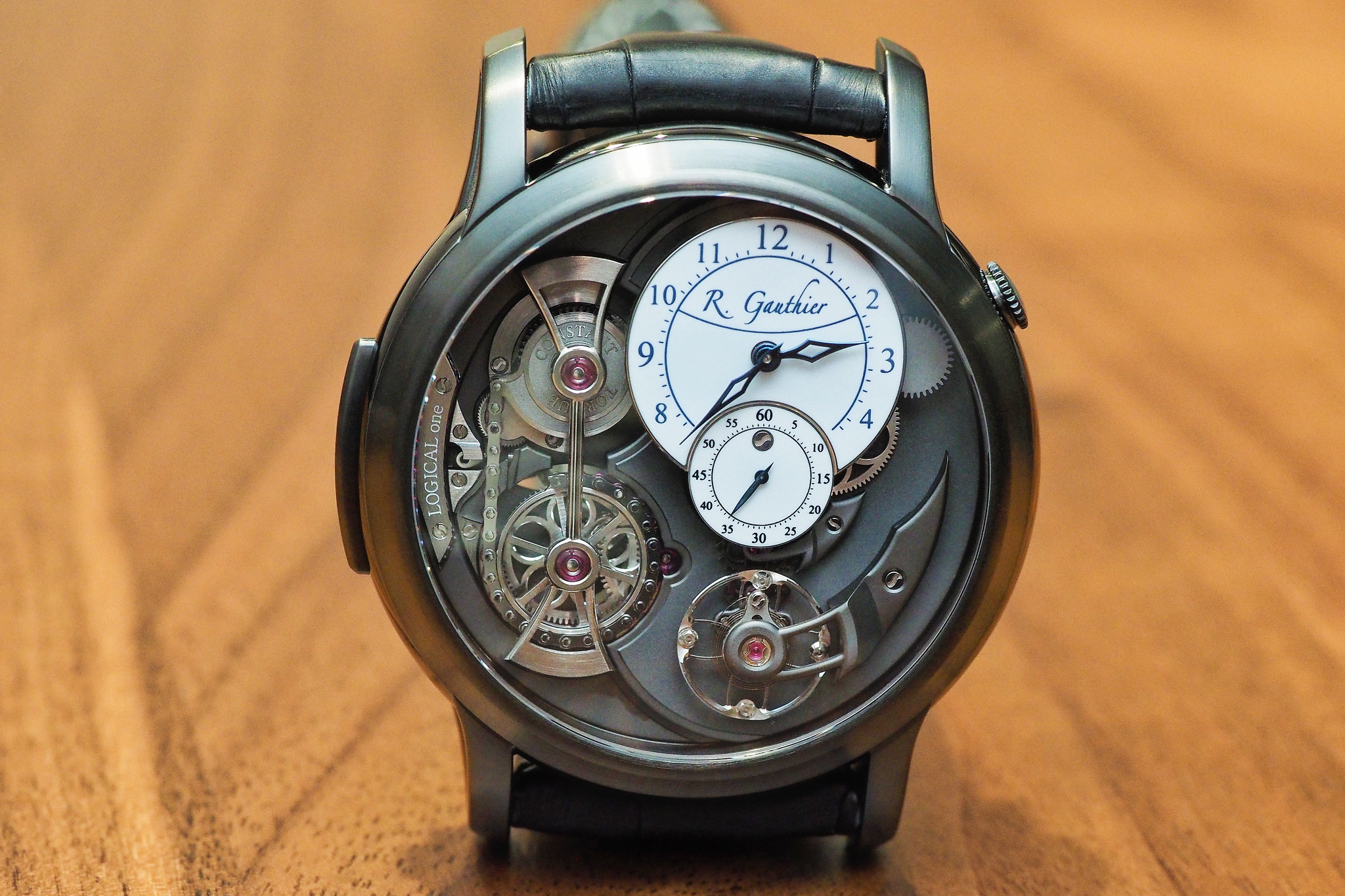 Since then, the namesake company that Gauthier founded, has introduced a number of variations to that model, which currently include natural titanium, white gold, and black titanium versions (red gold and platinum 20 piece editions are sold out), as well as a new matte variant called the Logical One Enraged, that was introduced last year.

Today, we have some hands-on shots of the black titanium version, which like the rest of the Logcial One collection, measures 43 mm x 14.2 mm, with a slightly domed sapphire crystal, and a sapphire caseback.

A unique feature of this Haute horology masterpiece is the friction-minimizing ruby-link chain, with snail cam and sapphire-lined mainspring barrel which is wound by pushing the large flat button on the caseband at 10 o’clock. Not surprisingly, the in-house movement design IP is the source of multiple patents and has won multiple awards for its technical function and performance.

In addition to the cool winding system, the timepiece’s highly complicated constant force mechanism evens out the powerband over the course of the 46-hour power reserve, maximizing rate and amplitude stability.

After seeing these in person for the first time, it becomes even easier to appreciate the watches coming from this small independent manufacture. The finishing of every component, from frosted dials to hand beveled edges are exquisite. Even the screw heads are exclusive to RG! Not to mention the fact that Romain himself is one of the nicest watchmakers I’ve ever met. 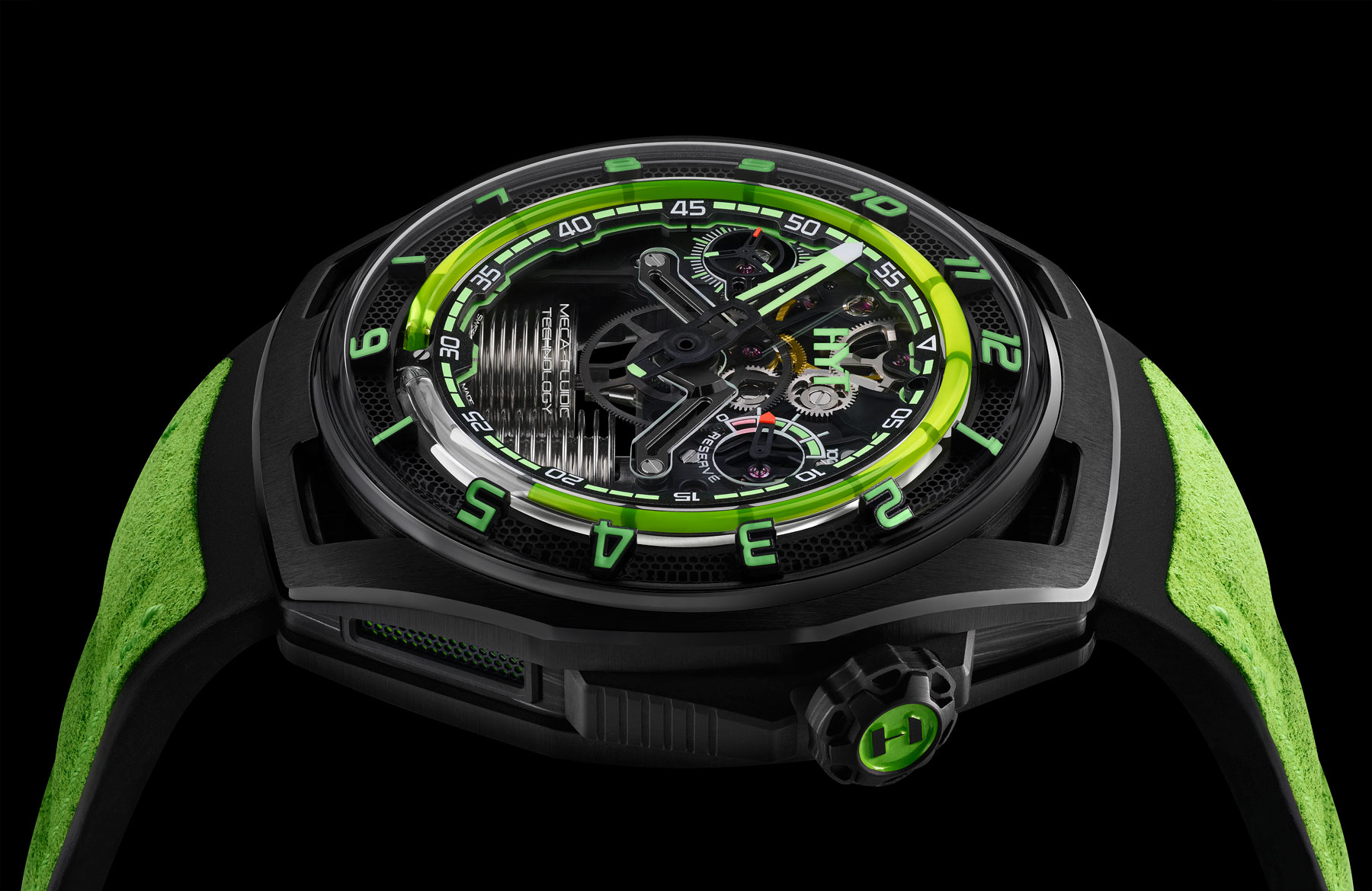