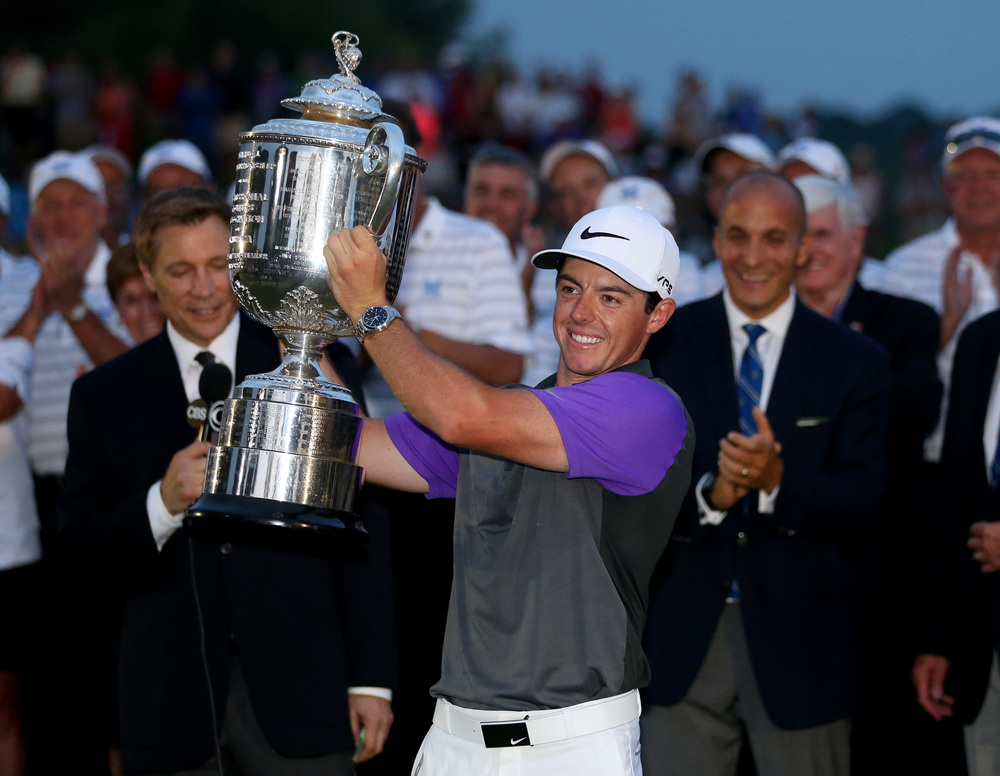 The 96th PGA Championship was a good one.

Going into the back nine Sunday, Rory Mcllroy, Rickie Fowler, Henrik Stenson, and Phil Mickelson, were all in contention to win the PGA Championship trophy. The battle resulted in a number of lead changes and ties, which made for a very entertaining show. But, by the final hole, 25-year old Rory Mcllroy was the sole leader, with a healthy two stroke lead over 44-year old Phil Mickelson (2005 PGA Championship winner).

Mcllroy teed-off on the 18th and almost put it in the water, which could have easily led to a playoff between Mcllroy and Mickelson (or “Omega vs. Rolex”). Instead, Mcllory stayed composed, and showed why he is the #1 golfer in the world. He had a tough shot from the edge of the water hazard, but his second shot landed on the edge of green, and then he made a superb long putt that ended just short of the hole. He then tapped it in to win the title by one-stroke over Mickelson.

Rory Mcllroy is an Omega brand ambassador (formerly an AP ambassador), and while he does not wear a watch during play, he put on an Omega Aqua Terra GMT for the trophy presentation (pictured). Notably, longtime Rolex ambassador, Phil Mickelson, wears a Rolex Cellini during play (pictured).