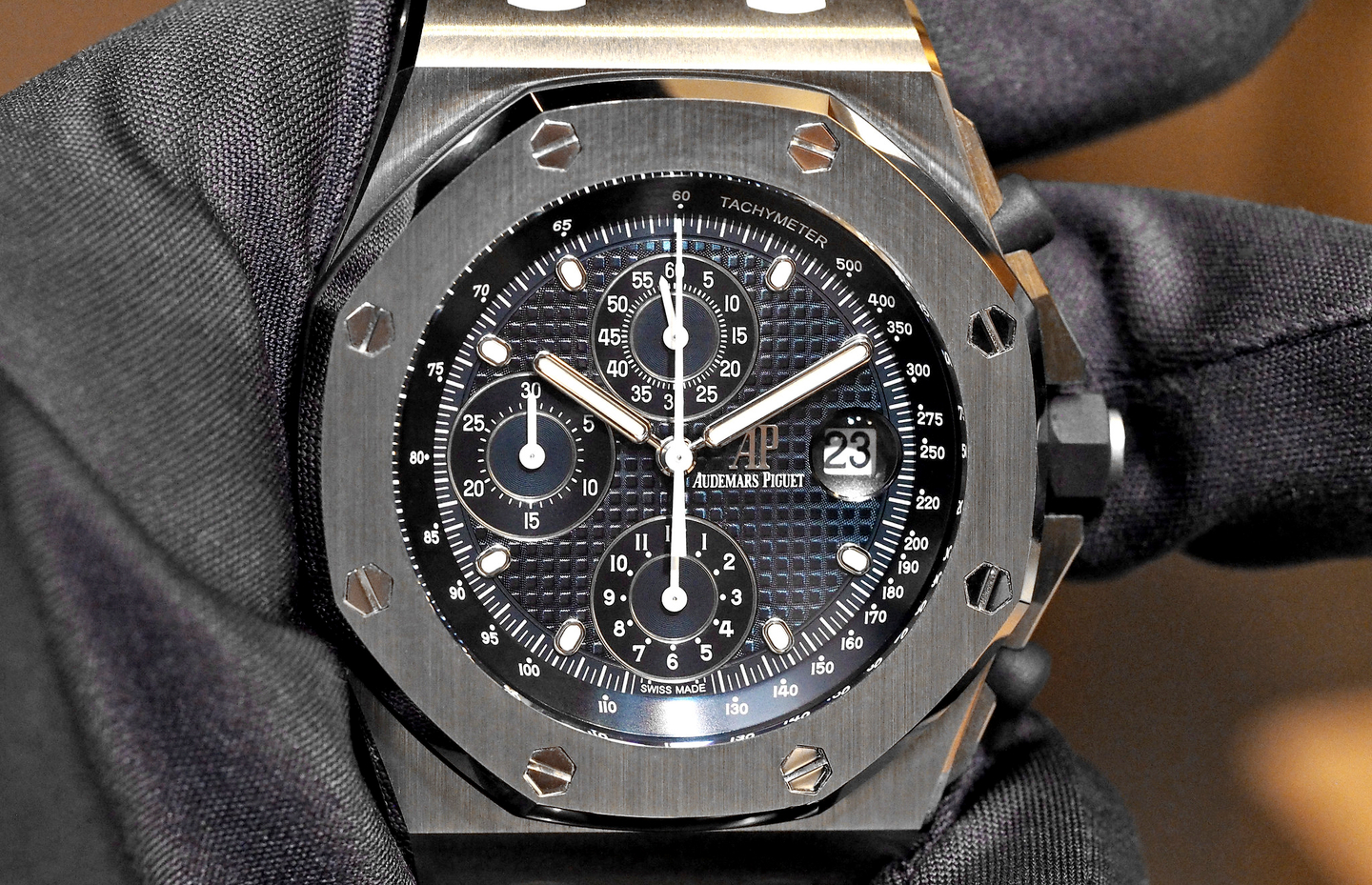 Of course, the Royal Oak, which debuted in 1972, was a game-changer for Audemars Piguet. Just over two decades later, in 1993, another important timepiece came to life: the Royal Oak Offshore.

Like the Royal Oak, the Offshore features a steel case, octagonal bezel, and hexagonal screws. It’s the bigger, sportier younger brother to the more sleek, refined Royal Oak if you will.

The pushers and crown are coated in blue vulcanized rubber, as they were on the original. The watch is presented on a stainless steel bracelet with an AP folding clasp. The crown is screw-locked, the caseback is solid and screwed-down, and the water resistance rating is 100 meters.

Beating at 3Hz, self-winding caliber 3126, which has a monobloc 22K gold rotor with engraved Audemars Piguet motif that winds the barrel in both directions, drives hours, minutes, small seconds, date, and chronograph functions. The power reserve is good for 50-hours. Each movement is finished with circular graining on the mainplate, Geneva stripes, and chamfering on the bridges, and consists of 365 components, including 59 jewels. The chronograph is actuated by a cam and lever and uses a free-sprung balance wheel.

This is a boutique exclusive and retails for $27,000 which is enough to buy any number of the more classic Royal Oak timepieces in stainless steel. However, if you have larger wrists or want the more sporty of the two watches, the Offshore is that watch.