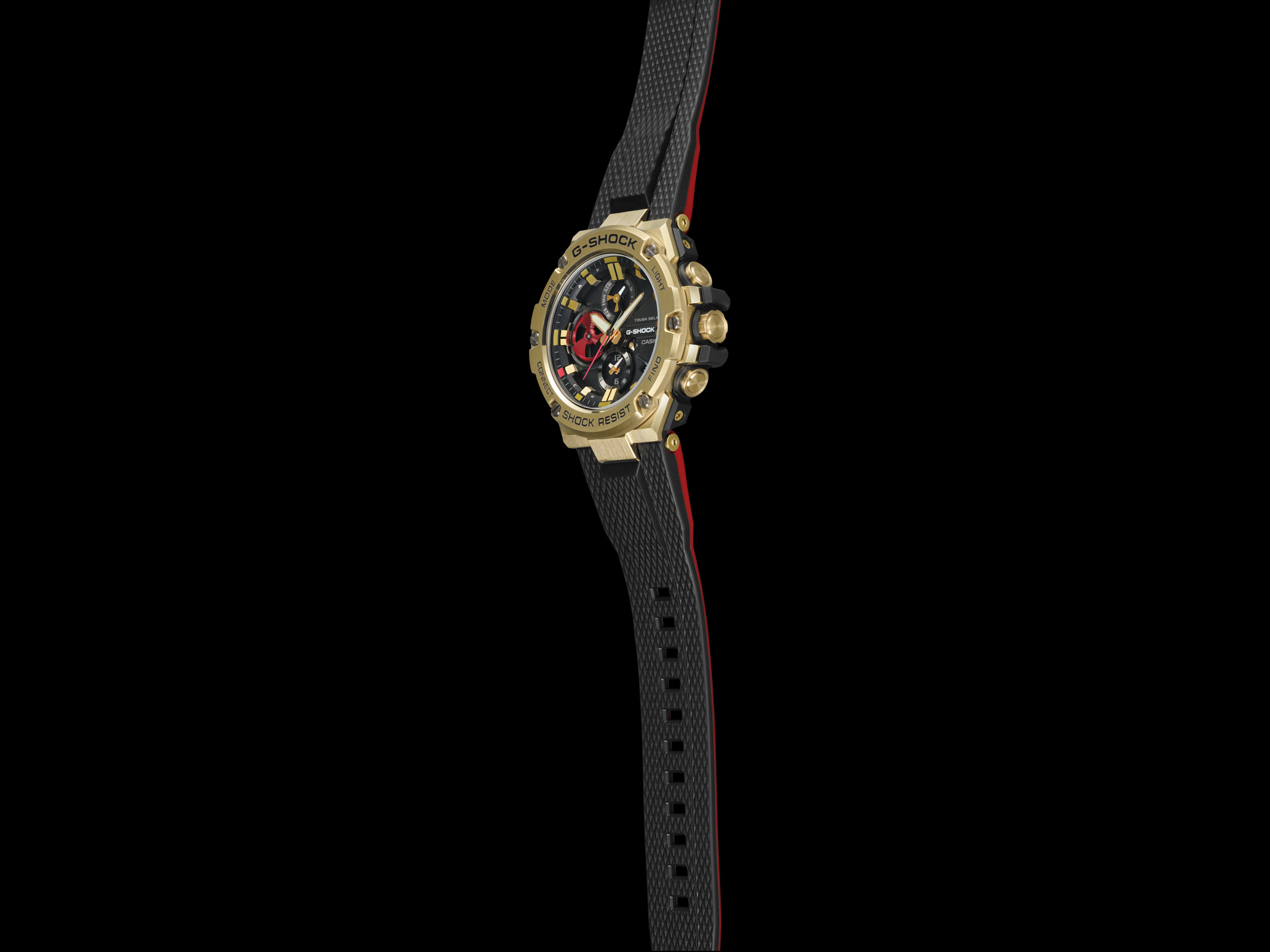 G-Shock partnered with the first Japanese-born player to ever be taken in the NBA Draft, Rui Hachimura, to create a special edition G-Shock G-Steel timepiece.

The Rui Hachimura x G-Shock G-Steel GST-B100RH-1A is built on the existing G-Steel collection — which we reviewed here and wrote about here — giving it a bespoke look.

This is the Washington Wizards small forward/power forward’s first year as a professional basketball player, and he will play his first NBA game back today (following the restart of the 2019-2020 NBA season yesterday).

Prior to the NBA, Hachimura became the first Japanese national (he was born in Toyama prefecture) to play in an NCAA tournament, on a Gonzaga University team that made it to the final of the national tournament. That season, Hachimura won the Julius Erving Award for the 2018-2019 season, which recognizes the top men’s collegiate small forwards of the year.

G-Shock and Hachimura, who has a significant following, have been working together since the outset of his first year in the NBA, which began in 2019. Interestingly, as part of his partnership, he is the first athlete to release a signature model with the brand (and Casio has built him a dedicated microsite). According to Casio, Hachimura oversaw the design process from start to finish and wanted the watch to yield emblematic features including a hachi (8 in Japanese) logo representing his last name and jersey number.

As mentioned above, Hachimura’s signature timepiece is based on the G-Steel GST-B100 series analog chronograph (that measures 58.1 mm × 53.8 mm × 14.1 mm), is powered by a solar quartz movement with Bluetooth connectivity, and features a gold ion-plated finish as well as red accents applied to the index mark on the flange at 8 o’clock. The Black Samurai logo is on the case back, strap keeper, and case. Special “Rui Hachimura x G-SHOCK” marked outer and inner boxes are included.

Hachimura had this to say about the partnership,” G-SHOCK has come up with an amazing watch that perfectly captures the design I envisioned. It was also cool to see my special “Black Samurai logo” design included on the watch, as it is an important symbol to me.”

The Rui Hachimura x G-Shock Ref. GST-B100RH-1A retail price is $480 and it will be available for purchase at the end of August at select G-SHOCK retailers, G-SHOCK Soho Store, and gshock.com.