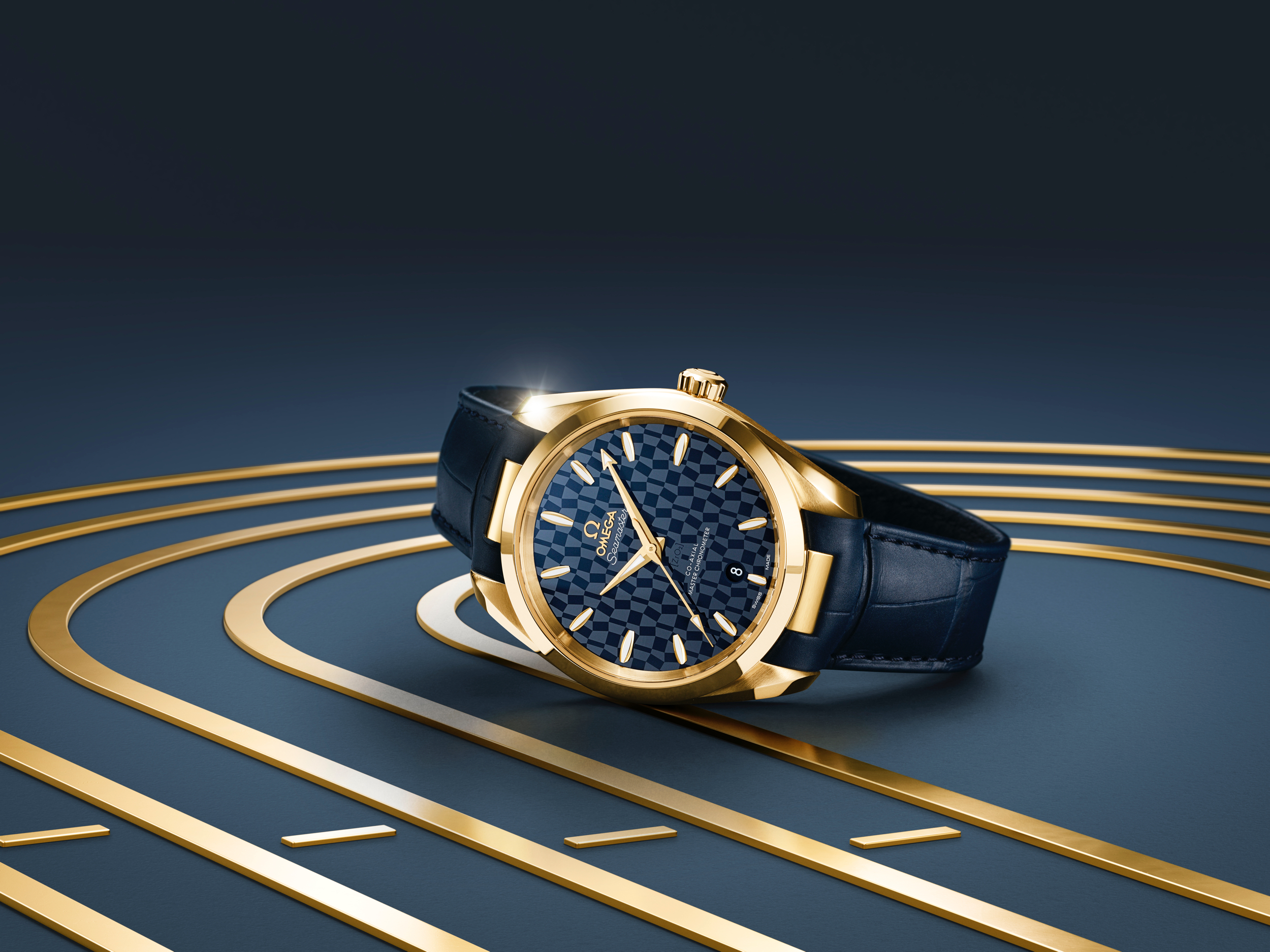 Omega has been the official timekeeper of the Olympics since 1932, and as is customary, they created a special timepiece to commemorate the event.

The 2020 Summer Olympics — delayed by the global pandemic — are set to take place in Tokyo, Japan from July 23rd, 2021 to August 2021. Consisting of 339 events, 33 sports, and 50 disciplines the 2020 Tokyo Summer Olympics will go ahead, despite delays that pushed the worldwide event back an entire year.

Even with polls suggesting that much of the Japanese population preferred the Olympics to be canceled amidst the ongoing Covid crisis — the International Olympic Committee and Japan have decided the games will go on, albeit without any spectators. The modern Olympic games started in Athens, Greece, in 1896, and since then, only three Olympic games have ever been canceled (1916, 1940, 1944), all due to World Wars.

With that said, this month, Omega debuted the Seamaster Aqua Terra Tokyo 2020 Gold Editions which feature 18K yellow gold cases in 38 mm (cover) or 41 mm (above) diameters. Most notably, the polished blue ceramic dials — that feature 18K yellow gold hands and indices — have been laser-engraved with a pattern inspired by the Tokyo 2020 Olympic Games emblem. For this special limited edition, the sapphire caseback has also been laser-etched with the Tokyo Olympics emblem in blue, as well as “TOKYO 2020” and the Olympic rings in blue, yellow, black, green, and red.

Each piece comes in a special Tokyo 2020 presentation case, is delivered on a blue leather strap, and is powered by one of Omega’s highly accurate Co-Axial Master Chronometer movements. Longtime Omega ambassador (since 2004), Michael Phelps — considered the most decorated Olympian of all time, with a total of 28 medals — is pictured wearing the Seamaster Aqua Terra Tokyo 2020 Gold Editions, which retail for $18,500.