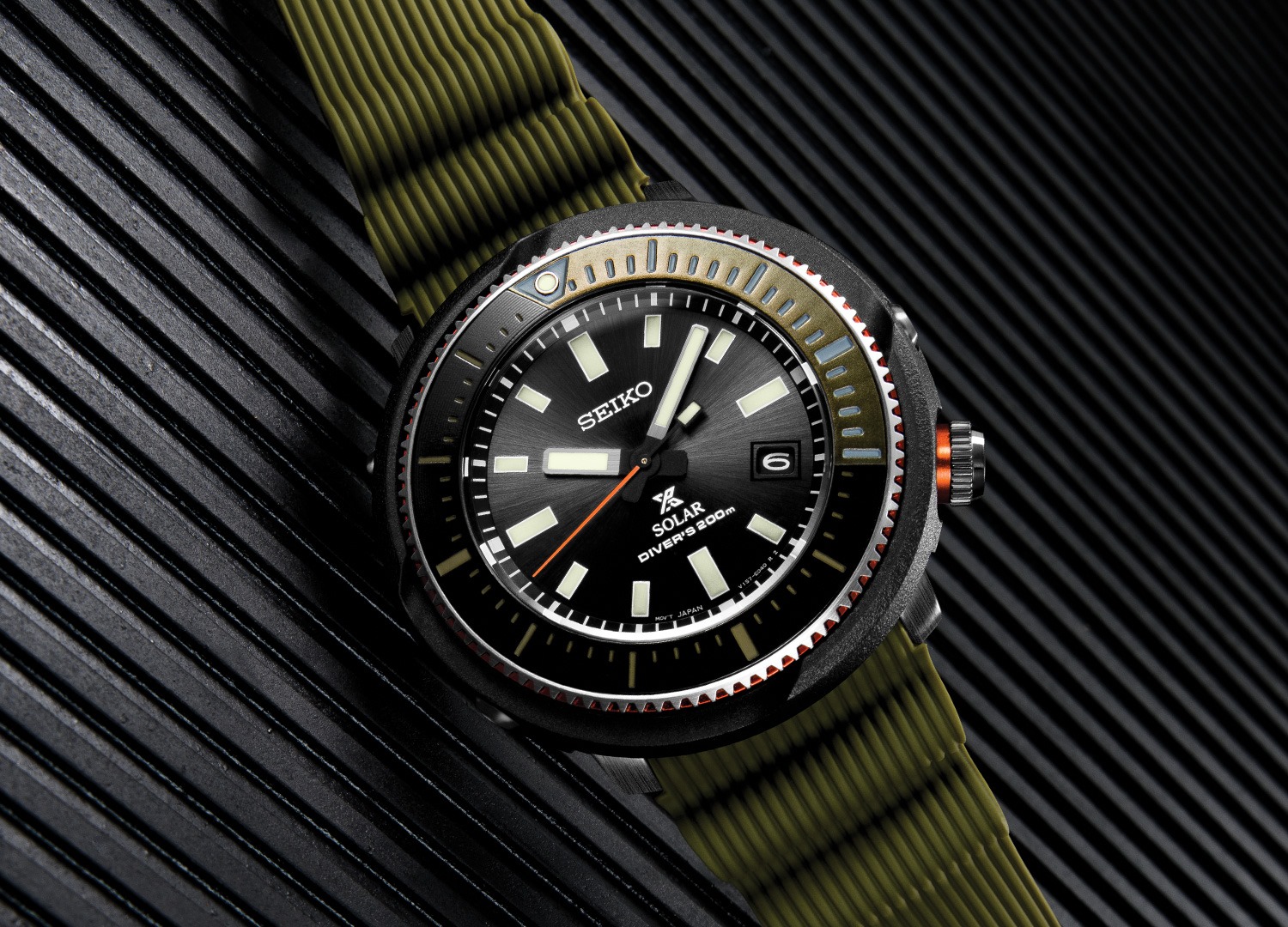 As a continuation of the Prospex Street Series that was launched in 2018, Seiko has made some additions to the line for 2020.

Two features seen across all models are the shroud that surrounds the case and a solar-powered quartz movement.

Seiko watches with the shroud are often referred to as “Tunas” or “Tuna can” which dates back to the world’s first diver’s watch with a titanium case — the Professional Diver’s 600M — for 1975.

Since that time there have been countless iterations of the Tuna, and some are even called “Baby Tunas” like this version we reviewed in 2017.

The Seiko Prospex Street Series SNE547 is one of the latest models to be added to the full-size Street Series line, which measures 46.7 mm in diameter by 12.6 mm thick and 46.1 mm lug-to-lug.

The new colorway features a black sunburst dial with a black and olive green dive bezel. The included rubber accordion strap has the same olive green huge, although it has a new ribbed pattern that runs the length of each side of the two-piece strap.

Also, uniquely, underneath the edges of the bezel, you can see an orange-reddish metallic color, which can also be seen on the crown tube, and similar orange varnish second hand completes the highlight color.

This is a high-specification “Diver’s 200m” watch but instead of the traditional mechanical movements typically used in their diver’s watches, it’s equipped with quartz. (Ref. Ref. SNE547)