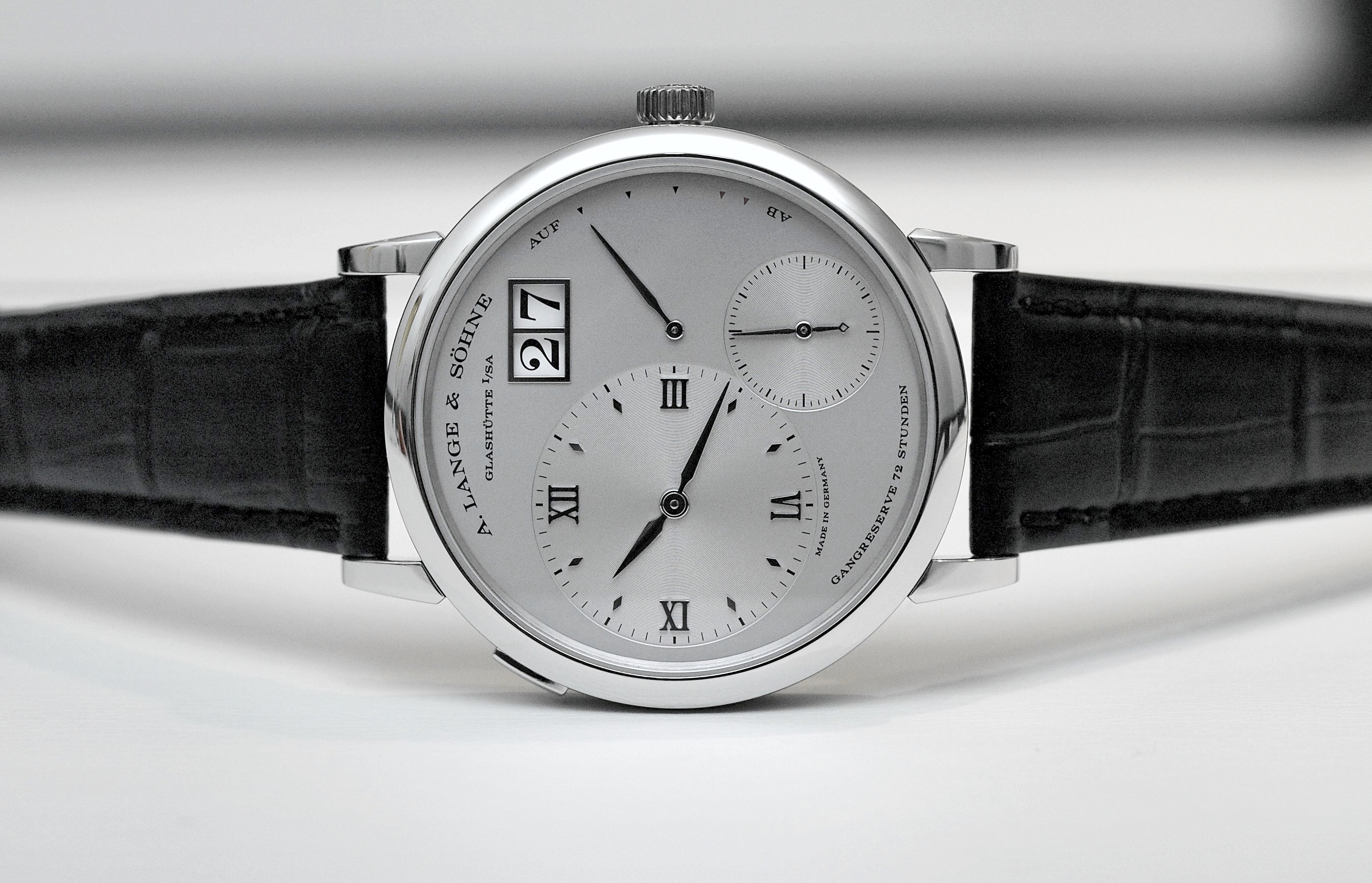 Incorporating non-overlapping dials was no easy feat. The new Grande Lange 1 required a completely new movement in order to accommodate this design change; the movement diameter was increased while the case was slimmed down. The overlapping dials of the original Grande Lange 1 was something many purists complained about, so the new dial design should be a welcome change.

The new Grande Lange 1 is available in three variations:

A sapphire crystal case back allows a view into the exquisite German made movement which is hand decorated, hand assembled (twice), hand engraved (balance cock), precision-adjusted in five positions and features plates and bridges made of untreated German silver.

This year, Lange has taken two of their most iconic timepieces, the Datograph and Grande Lange 1, which some would argue were perfect already, and made them better. Furthermore, they did so while preserving the elegance and proportions of the originals.