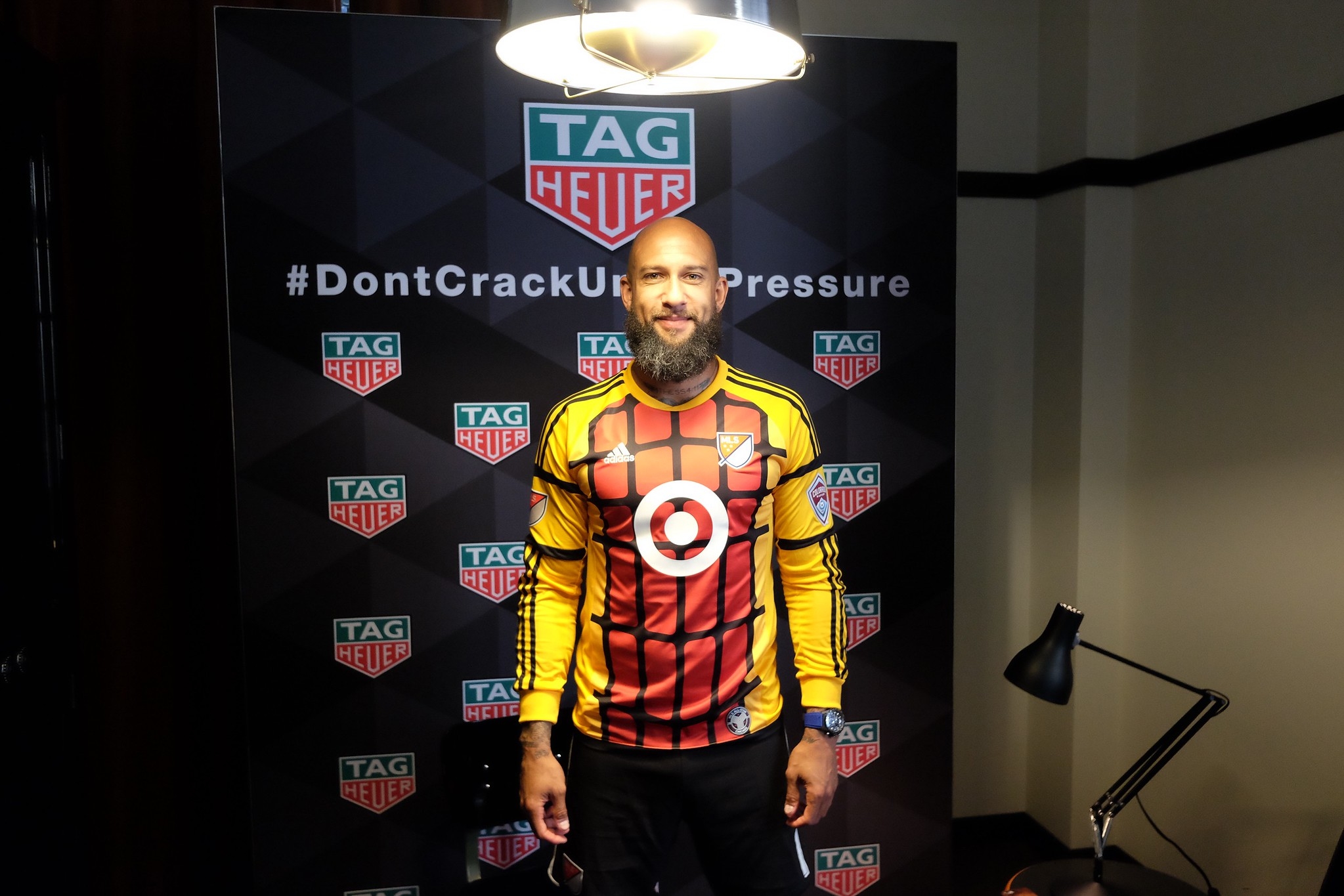 Yesterday, ahead of the 2017 Major League Soccer All-Star Game, which takes place tonight at Soldier Field in Chicago, Swiss watchmaker TAG Heuer announced, Tim Howard, as the goalkeeper for the U.S. Men’s National Soccer Team and the Colorado Rapids, as a brand ambassador.

Kilian Muller, President of TAG Heuer North America, says, “We are thrilled to have Tim Howard as a representative of TAG Heuer. It requires a special fearlessness to be a goalkeeper in professional soccer and Tim is one of the most daring. He performs his best when under pressure and in doing so embodies the #Don’tCrackUnderPressure spirit of TAG Heuer.”

Howard adds, “I’m proud to be a brand ambassador for TAG Heuer, one of the most iconic luxury sports brands in the world. We share the same dedication to precision and commitment to excellence under pressure, which makes this partnership a great fit. I’m really looking forward to working together.”

As part of the design process for the custom dials TAG Heuer interviewed top players from each club about their experience playing for the team, city, and fans, and their feedback was used as creative inspiration. The Major League Soccer Connected Dials will be available in the app store starting today.