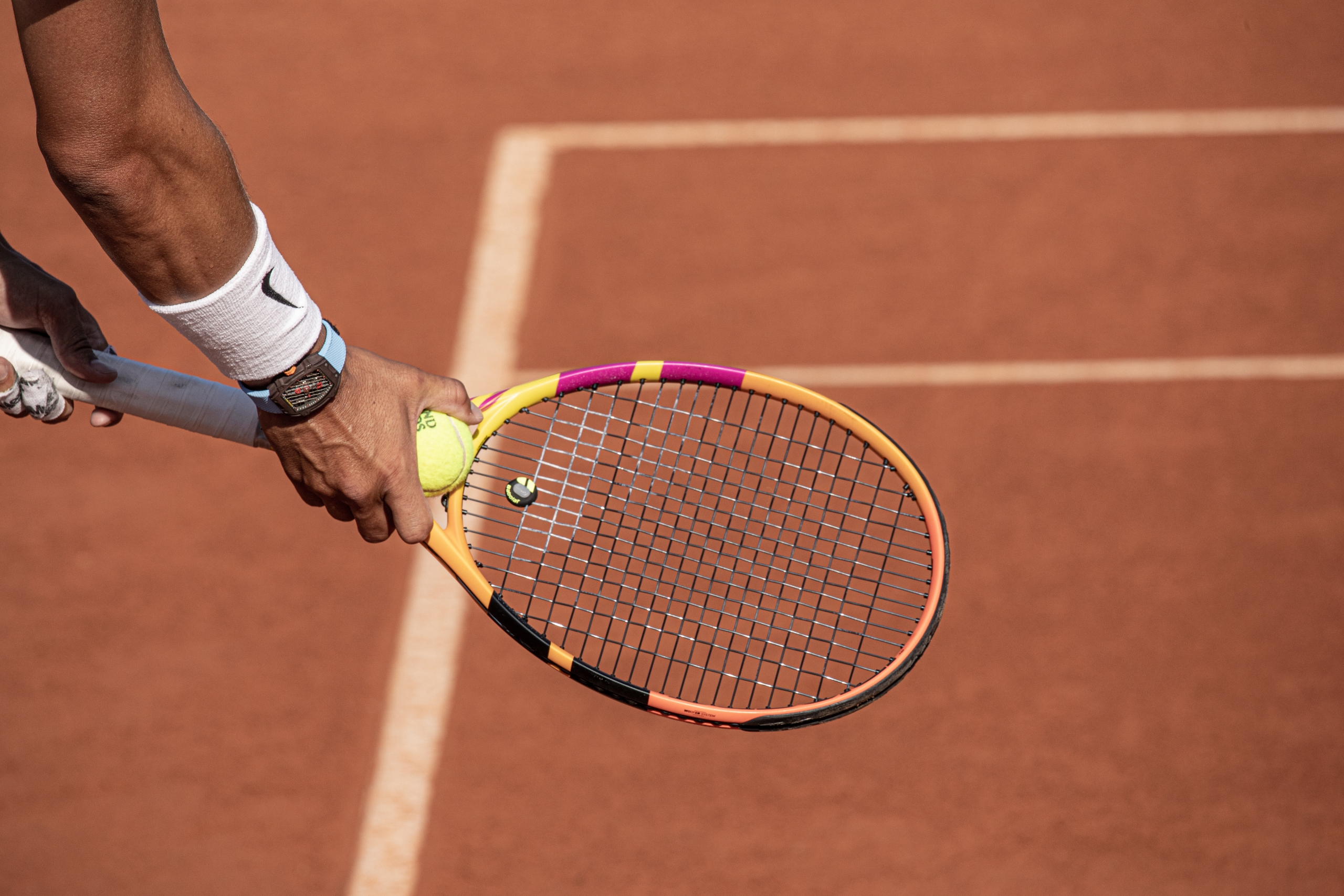 Richard Mille has unveiled its latest ultra-light RAFA timepiece with a steel cable system similar to the strings of a tennis racket — both visually and functionally.

Introducing the RM 27-04 Tourbillon Rafael Nadal, designed to withstand an acceleration of 12,000 Gs — a record for a Richard Mille timepiece.

In total, the RM 27-04 weighs 30 grams which is not as lightweight as the original Rafael Nadal RM 027 timepiece that weighs 19 grams, and that started the now decade long partnership — but it’s still incredibly lightweight relative to most mechanical watches which typically weigh closer to 100 grams on average.

To achieve this remarkable level of lightness and strength, the case — which measures 38.40 mm across and 11.40 mm (47.25 mm lug-to-lug) — has been made from a new material made exclusively for watches called TitaCarb® that blends carbon fiber with polyamide.

While the watch only offers hours, minutes, and a tourbillon — the requisite design goal of being able to resist 12,000 Gs, complicates the manufacturing process significantly.

As with past Nadal watches, keeping the movement manually wound was crucial considering an automatic rotor could become damaged by the forces that occur while playing tennis, especially at the pro level.

Impressively, the movement is entirely supported by a micro-blasted mesh that’s just 855 square millimeters, comprised of a single cable in braided steel measuring 0.27 mm in diameter, and held in place by two tensioners in PVD-treated 5N gold. This construction is unprecedented in the world of watchmaking.

“Inspired by the same principle as the strings of a tennis racquet, the watchmaker anchors the steel cable to a tensioner positioned at 5 o’clock and then begins to create the mesh, tying each of the main strings before adding the cross strings. Weaving above and below the main strings, the cable passes 38 times through the hollow bezel in grade 5 titanium before finishing in a tensioner positioned at 10 o’clock. The movement is positioned diagonally, connected to the mesh by five grade 5 polished titanium hooks with 5N gold PVD coating that extend from the back of the baseplate,” according to Richard Mille.

In addition to the cable system, and composite case, the mainplate and bridges are crafted from grade 5 titanium (90% titanium, 6% aluminum, and 4% vanadium) which helps keep the weight minimal.

The movement itself measures 32.75 mm x 28.95 mm and is 5.85 mm thick. The free-sprung balance wheel is 10 mm in diameter and the tourbillon is 12.30 mm. Beating at a frequency of 3Hz, and utilizing 19 jewels, the caliber has a rather low 38-hour power reserve — but it’s a sacrifice likely made in order to focus all efforts on making the movement extremely lightweight and durable.

The RM 27-04 Tourbillon will be available in a limited edition of 50 pieces. The caseback is engraved with “RAFAEL NADAL” as well as the edition number XX/50. “RAFA” is engraved on the case flank opposite the crown side. Retail is $1,050,000.

The RM 27-04 Tourbillon is on Nadal’s wrist during the French Open (going on now) and will be worn at all future tennis matches until another model is created.