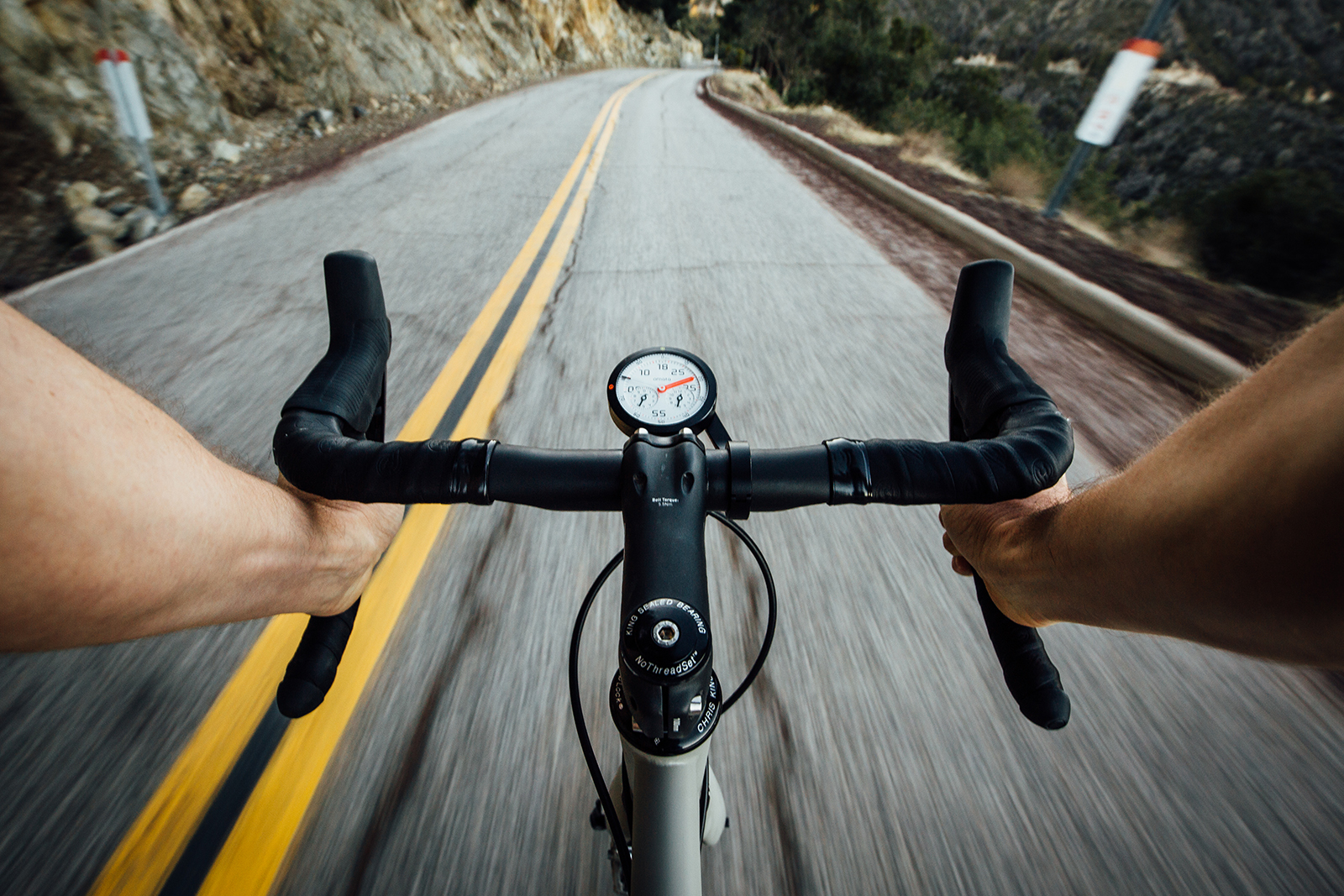 First conceptualized in 2009, the Omata One is the world’s first analog GPS speedometer. The instrument is designed to show speed, distance, ascent, and time of your bike in analog form, based on the scientific premise that analog dials reduce the congnitive load. Not to mention, it is so much more appealing to look at than a standard digital readout.

The Omata One utilizes a 72-channel GPS computer, along with a mechanism designed by Seiko Precision Inc. to convert the GPS data into analog movements on the hands of the dial. Simultaneously, in the background, the data is being recorded for later use, such as downloading to your computer or importing into an app, such as Strava.

The case measures 55 mm x 15 mm and is made of Plancast Plus 5083 Aluminum, with a PEEK polymer bezel, designed to be durable without interfering with the GPS reception. Charging is done via a USB-C port, which also allows export of ride data to a computer. Additionally, there is Bluetooth 4.0/ANT+ capability, which can presumably to connect to your smart phone or laptop (although it is not specified). That said, I think the idea here is to have your speed and other data available on the handlebars, while also tracking ride data for later use, all without the need for a smartphone.

The weight of the unit is 72 grams, and an additional 25 grams for the mount. Battery life is 24-hours. Assembly takes place is Oulu, Finland. The Omata One will be available in two colors at launch: — white and gray. Both available in your choice of either kph or mph.

Using it is easy. First, place it in the hinged aluminum mount clamps, that are secured to your handlebar by a single hex bolt. Then turn the bezel counter-clockwise one turn, for the on position, and one more counter-clockwise turn to activate the recording function. And then just focus on the ride.

As an avid cyclist, I like to track some of my rides with a smartphone app, however, many times, my rides I like to get away from smartphones and notifications and electronics. But I still want my data, and I especially like knowing my trip time, distance, and speed. The Omata One, although relatively expensive at $500, is the solution, and such an elegant one at that. Not surprisingly, the Kickstarter campaign for the Omata One, already exceeded its goal of $150,000 within the 2nd day of launch – and it is still climbing!