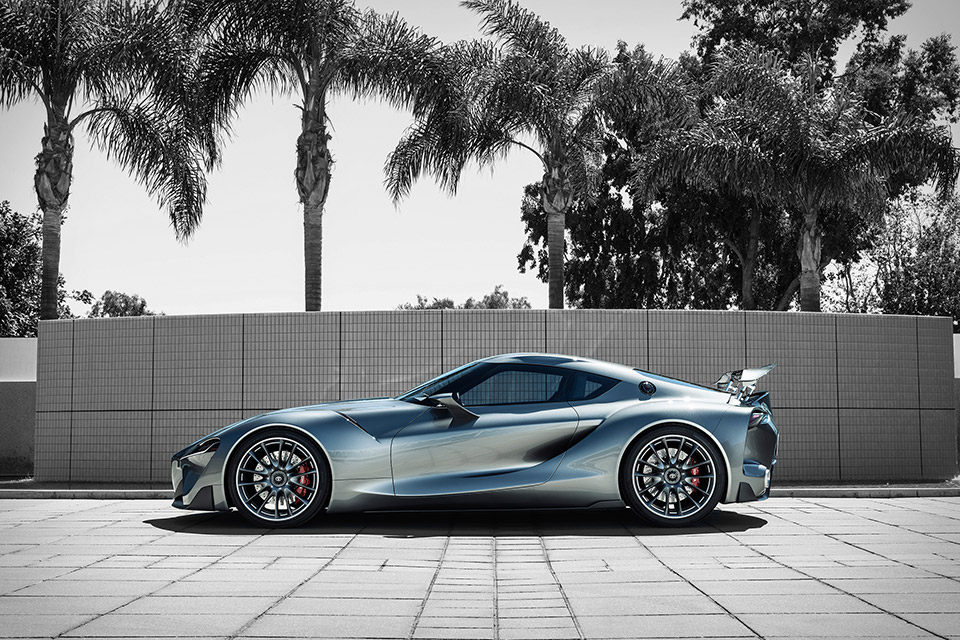 The FT-1 debut took place at the Gordon McCall Motorworks Revival gala, which is the unofficial start to Monterey’s car week that ends Sunday with the Pebble Beach Concours d’Elegance car show.

It was designed by Toyota’s CALTY Design Research studio in California, and is described by Toyota as a, “pure performance, track-focused sports car model.” Its design is heavily influenced by Toyota’s long sports car tradition that includes vehicles such as 2000GT, Celica, Supra and most recently, FT-86 (Scion F-RS). It is not currently scheduled to go into production, although we hope that changes, as it is absolutely beautiful — especially in graphite. Learn more at Toyota.