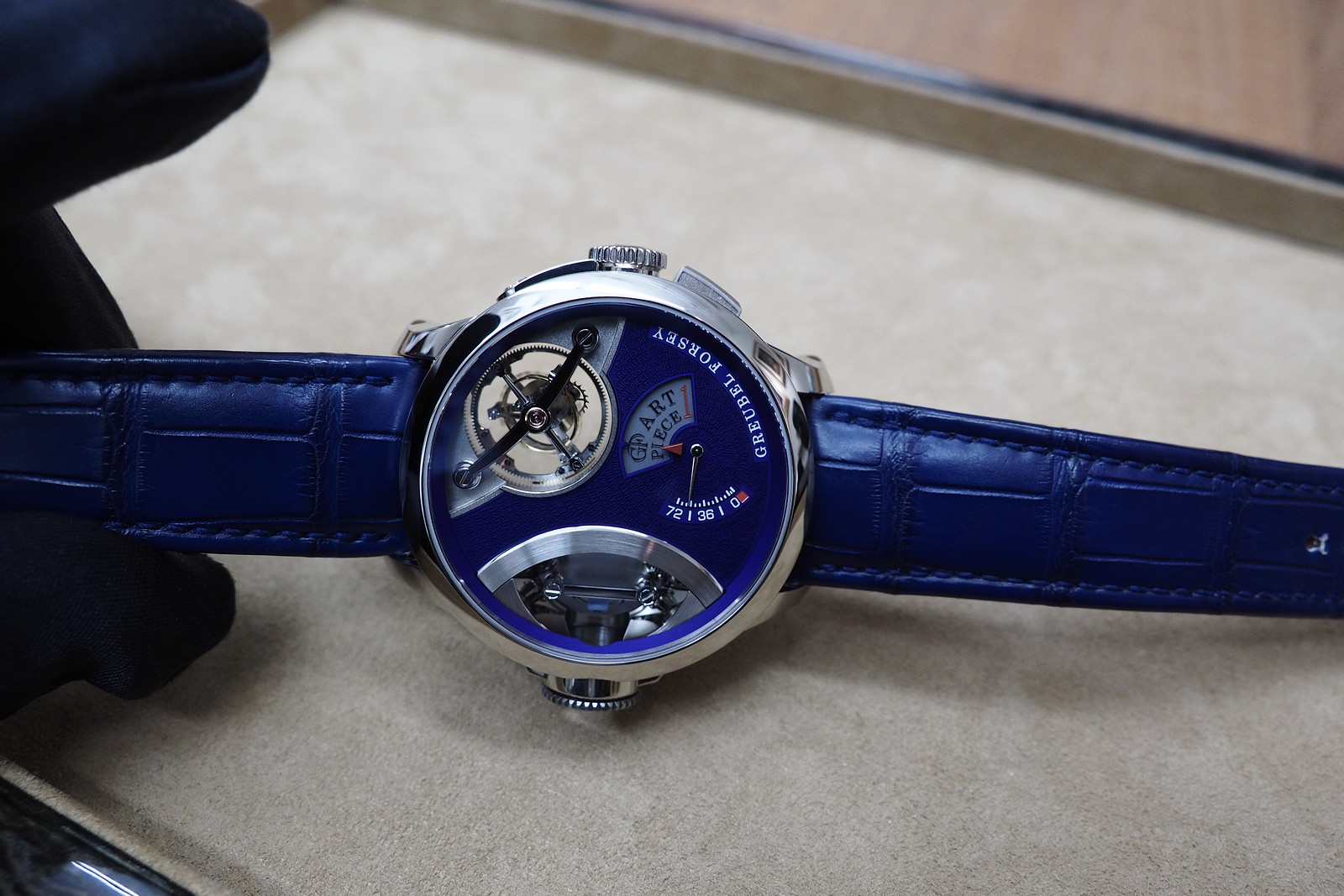 High-end timepieces are often compared to artwork, due to the nature of their creation, namely, the fact that components require the hands of a skilled artisan to craft, finish, and sometimes the dials even feature miniature paintings (called enamel-work).

Not to mention that timepieces at this level are sold in limited quantities. Well, Greubel Forsey took this idea a step further with Art Piece 1, a very limited series of watches featuring artwork from nano-sculpture artist Williard Wigan set right inside the timepiece.

In a recent discussion with brand co-founder Stephen Forsey, he told PROFESSIONAL WATCHES that in order to properly view the nano-sculpture, which is the size of a need pinhead, they had to manufacture a special lens system small enough to fit inside the crown, yet sharp enough to properly magnify the sculpture. The result is an in-house lens with a ring on the end of the crown that allows magnification and focus levels to be adjusted to the user’s preference.

There is, of course, a timekeeping element to it as well. But instead of making a traditional hour and minute indication, the time is available on-demand via a push-piece at 4 o’clock on the caseband which when pushed opens an aperture on the dial. The arrow at the top of the aperture indicates hours, and the red arrow below indicates minutes. And being that it is a Greubel Forsey, a tourbillon is naturally required, in this case, it is a 30° inclined double tourbillion that sits between 12 and 3 o’clock.

The combination of miniaturized artwork and micromechanics is the perfect juxtaposition of two forms of art that require the skills of expert artisans, at a level so small, they go beyond what the naked eye can see.