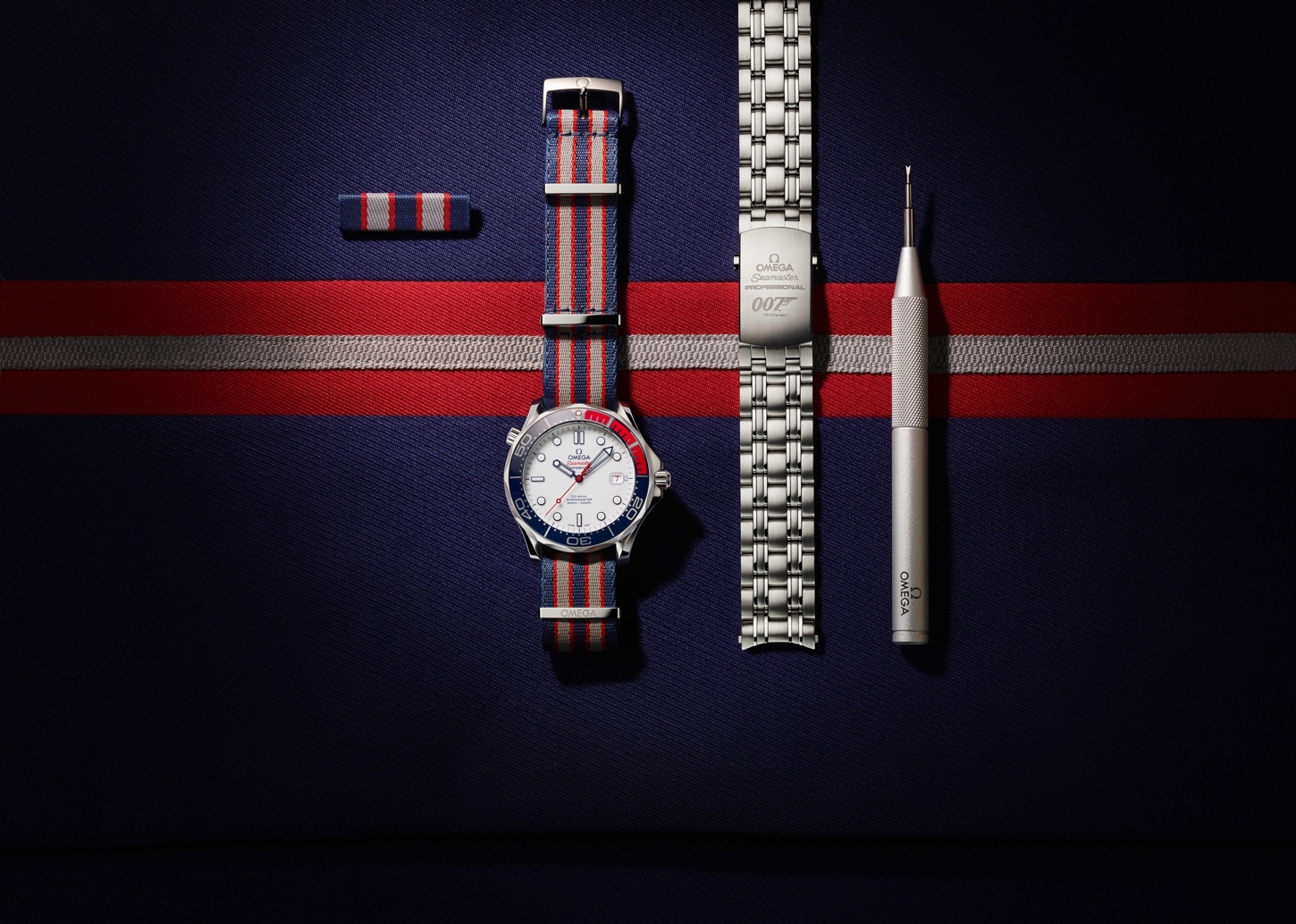 Yesterday in London, Omega unveiled a new Bond Seamaster dubbed the “Commander’s Watch” which features the British Royal Navy colors and pays homage to the watch that has been on the wrist of 007 actors, in every Bond movie, since 1995. The watch comes in a 41 mm stainless steel case, with a blue ceramic bezel including a Liquidmetal® diving scale and red rubber covering the first 15 minutes.

For this new limited edition, Seamaster Omega chose a polished white ceramic dial with 12 blue indexes, blue skeleton hour and minute hands, and blue writing on the dial, except for “Seamaster” which is in red. A 007 gun logo counterweight on the varnished red center seconds hand, as well as a red number “7” on the date wheel further distinguish this James Bond 007.

There is a sapphire caseback which reveals the Omega caliber 2507 automatic movement which is essentially an ETA 2892 running at 4Hz, with 27 jewels, and a 48-hour power reserve and a special rotor with the “three stripes” of the Commander’s naval insignia on the rotor, along with a 007 “bullet” logo.

The Seamaster Diver 300M “Commander’s Watch” Limited Edition watch is presented on a 5-stripe blue, red & gray NATO Strap, in a special collectible box, with a strap changing tool, as well as an additional metal bracelet. The steel version is limited to 7,007 pieces and will retail for $5,000. Additionally, the Commander’s Watch is also available in an 18K yellow gold case version, limited to only seven pieces.