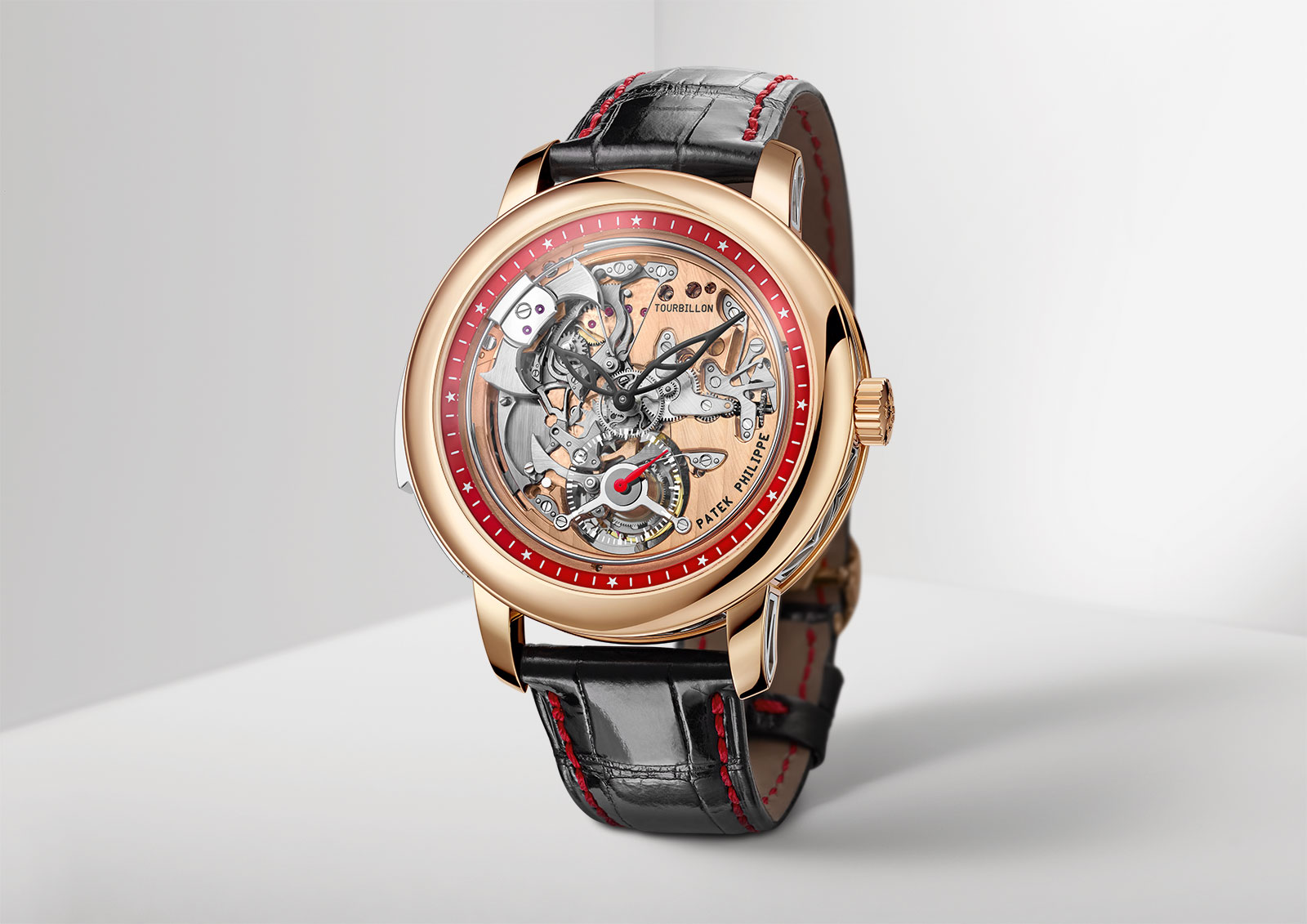 At both shows, Patek Philippe brought unprecedented amounts of their highly collectible timepieces (more than they bring to Baselworld), new and old, to show off to retailers, press, collectors, and to the public.

Designed to highlight brand awareness, education, and perpetuate the fanatical collector community around the brand – these shows like the timepieces are uncommon and typically are held in locations where watch collecting is most active, such as the US and Singapore. Ultimately, Patek is a consumer product brand, though, and so just like at the US exhibition in 2017, they created some special limited edition timepieces just for the Singapore market.

The special editions will all be incredibly hard to get and are presumably already spoken for as Patek creates far less than there’s demand for (something true of most of their watches nowadays).

The sixth model, which is the most complicated, is the Minute Repeater Tourbillon Singapore 2019 Ref. 5303R-010, and it’s undoubtedly the star of the show. Available in the limited edition of just twelve pieces, the retail price is approximately $595,000.

The minute repeater tourbillon is not just an Aquanaut with a red strap attached, there’s some actual newness with this timepiece. The movement is referred to as caliber R TO 27 PS, which is based on caliber R 27, and it’s been heavily reworked to show off the tourbillon on the dial side of the watch (at 6 o’clock), as opposed to the backside which is the traditional way Patek Philippe tourbillons are made. The minute repeater striking mechanism is also highly visible, which required a new design as well.

Like with the 5304R, the new 5303R has a sapphire dial that reveals the beautifully finished components of the watch, such as the hammers, gongs, gear train, tourbillon, on the dial side. The hands, which are black, and that contrast with the rest of the dial, have been skeletonized, to fully reveal everything underneath. The flange is red, with a printed hour and minute track, with the hours marked by stars, which nod to the red hue and stars of Singapore’s flag. The tourbillon has a running 60-seconds hand that is also varnished in the same shade of red. And the black alligator leather strap features matching bright red contrast stitching.

On the caseback, “PATEK PHILLIPE, SINGAPORE 2019” is laser engraved in white directly on the sapphire crystal. Behind the crystal you can see the tourbillon, supported by the traversing bat bridge, with perfectly beveled and polished edges, with a mirrored-polish on top. The signature, fully polished minute repeater center wheel sits just above the tourbillon, partially overlapping it (there’s also a smaller center wheel in the same shape, visible on the opposite side of the watch, connected to the hands.) At the opposite end is the minute repeater regulator, supported by a four-way bridge in the shape of Patek Phillippe’s iconic emblem.

In addition to making the tourbillon visible on the dial side, and creating a UV coated sapphire dial to protect it from sunlight which reduces the lubrication of the tourbillon, the movement also required a larger mainplate, which is unique in that it’s plated in 18K rose gold (while many of the components retain a more traditional rhodium plating), with a circular perlage finish. Also, the hammers and gongs have been rearranged, which required 20 additional components compared to the caliber R 27 on which this movement was based.

Interestingly, the entire caseband and lugs have been inlaid with 18K white gold panels that feature a lattice motif. The minute repeater slide is also in the same white gold motif. Moreover, the perimeter of the movement, visible through the caseback, is also treated to this lattice motif, which in turn allows you to view the 18K rose gold plated main plate.

Patek Philippe often does not need to change much to sell their watches each year, with a new dial or a new strap being enough much of the time. This watch, however, shows that at least occasionally, they go out of their way to show their watchmaking prowess. Needless to say, the 5303R is quite stunning both visually and horologically. And as mentioned above, only a dozen will be made.

The Watch Art Grand Exhibition Singapore 2019, which is located at the Sands Theatre, Marina Bay Sands 10 Bayfront Avenue Singapore, opens to the public September 28th and runs until October 13, with daily access from 10 am to 7 pm, and admission is free.