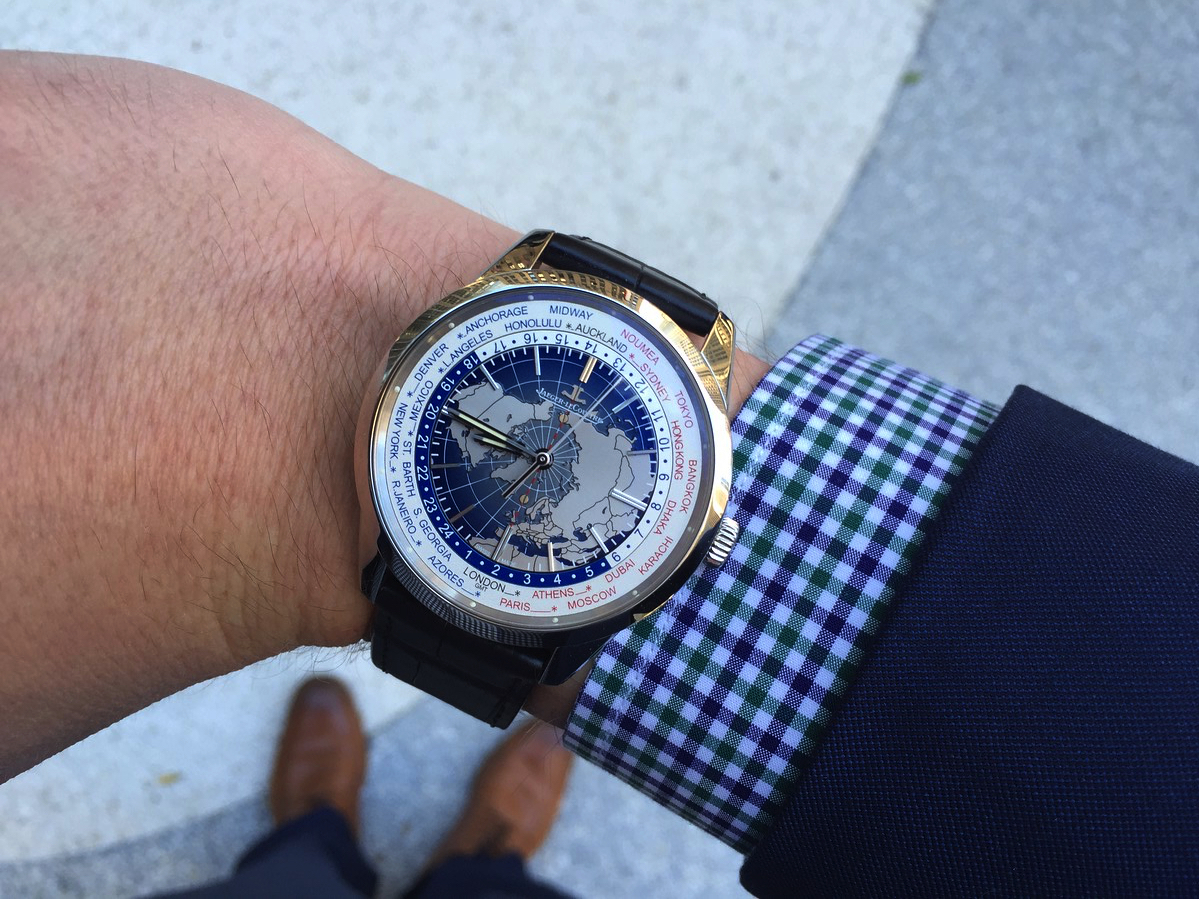 This summer while vacationing in Turkey, I got the bug. Not just any bug, but the type where you get a watch stuck in your head and can’t move on with your life until you cure the fever. The watch in question was a world timer. While sailing on the Cunard Queen Victoria (which is a lovely experience), I sat on my balcony and dreamed of future travel. Southeast Asia, Egypt, Africa, or a world cruise? As a frequent traveler with a serious case of wanderlust, I wondered how I could find a way to travel continuously.

Since I still have a full-time job outside of the watch industry, I settled on the next best thing. I would look into purchasing a world timer: a watch that displayed some of my favorite locales and dream vacation spots, and the time in each of their time zones. It was the closest viable alternative to Cunard’s world cruise (which visits 40 ports in 25 countries over the course of 120 nights).

My first research stop was Instagram (as it is in most cases of horology research), and I quickly fell in love with multiple pieces. The three contenders were the Patek Phillipe Ref. 5110G, Montblanc Heritage Spirit Orbis Terrarum, and oddly, the Louis Vuitton’s Escale Time Zone. Once I narrowed my search down, I posted a few photos of the pieces in question to Instagram and received instant feedback from the #watchfam community. Many were lukewarm about my choices and felt that I could do better. The Patek 5110 was a great watch, but everyone swoons over the platinum model. The Montblanc was accused of being too close to the Vacheron Constantin Traditionnelle World Time. Although my fiancée loves the design of the Louis Vuitton Escale, many were concerned that it wouldn’t maintain its value. I was left perplexed.

Then, on September 29, Jaeger Le Coultre invited me to a press dinner to celebrate a new release. Many in the know had told me that I might be interested in what JLC was about to release. They were absolutely right! On a rainy September evening at a restaurant in Union Square, I was thrilled to be one of the first to see JLC’s newest creations. The line included two new timepieces (each in pink gold or stainless), and each watch included JLC’s new in-house “true second” movement.

The watch that stood out the most to me was the Jaeger-LeCoultre Universal Time. It was everything I wanted in a world timer and more! The next day, I was the first customer in the US to purchase a Universal Time.

After a month of regular wear on the wrist, I’ve been able to get more of a feel for this piece than most writers. The piece wears large at almost 42 mm (41.6 m), and I purchased the version with a regular strap, which feels loose (short strap on the way). However, the weight is light: having 24 time zones could weigh a lot more. Everyone that I come across notices the watch, and it’s probably the most recognizable piece in my collection. I’ve worn the piece in dress and casual occasions and it’s always a conversation starter.

Light and well finished are the first things that come to mind. The lugs are highly polished, while the side of the case is brushed, which creates a nice visual. The stainless steel case on my watch does feel quite light in comparison to its pink gold brother. The case is also large at 41.6mm and sits a tad awkwardly on my wrist, but then again, my wrists are on the smaller side. The lug width is 21 mm, which makes it a bit difficult to find aftermarket straps (which are traditionally in even sizes such as 18 mm, 20 mm, 22 mm).

The dial features an overhead view of the globe as seen from the great circle golden section. The dial is lacquered with applied hour-markers. Cities printed around the dial correspond to the continents on the dial. The rotating ring between the continents and the cities has the hours 1 to 24. The dial is very legible and the rotating ring is always a crowd pleaser when I demonstrate the watch to friends and fellow collectors.

The watch features the new 772 in-house caliber from JLC, which is viewable via a sapphire crystal caseback. The movement went through an eight-year development process before hitting the market. The most notable complication of the movement is the “true seconds” feature. This is Jaeger-LeCoultre’s version of deadbeat seconds, where the second-hand movement essential looks like a tick (to represent the true timing of one second). Since most mechanical watches have a smoothly sweeping second hand, people tend to attribute a “ticking” watch to a quartz timepiece. The complication has also been a conversation starter as people don’t expect to see a beautifully finished movement on the backside of the piece.

The rotor is 18K gold and beautifully finished and sits atop ceramic ball bearings which give it a noticeable whirling sound (probably the loudest in my collection).

After a month on the wrist, the watch has performed well. Because of its size, it doesn’t fit under some of my dress shirts. The case hasn’t developed abrasions or scratches after many wears (which is very nice). It may be a tad on the large side for me, but I truly enjoy having this piece in my collection.

As mentioned earlier, I purchased the watch on a black alligator strap. The strap comes with a deployant clasp, and after a month of the wrist, it’s breaking in nicely.

This piece fills the number three spot in my collection quite nicely, besides the Patek Philippe Nautilus Ref. 5711 and Audemars Piguet Royal Oak Ref. 15202. Since I wear mostly blue, the piece complements nearly every outfit. It’s always the crowd pleaser at watch get-togethers and the reception has been very positive. For me, it’s a keeper!