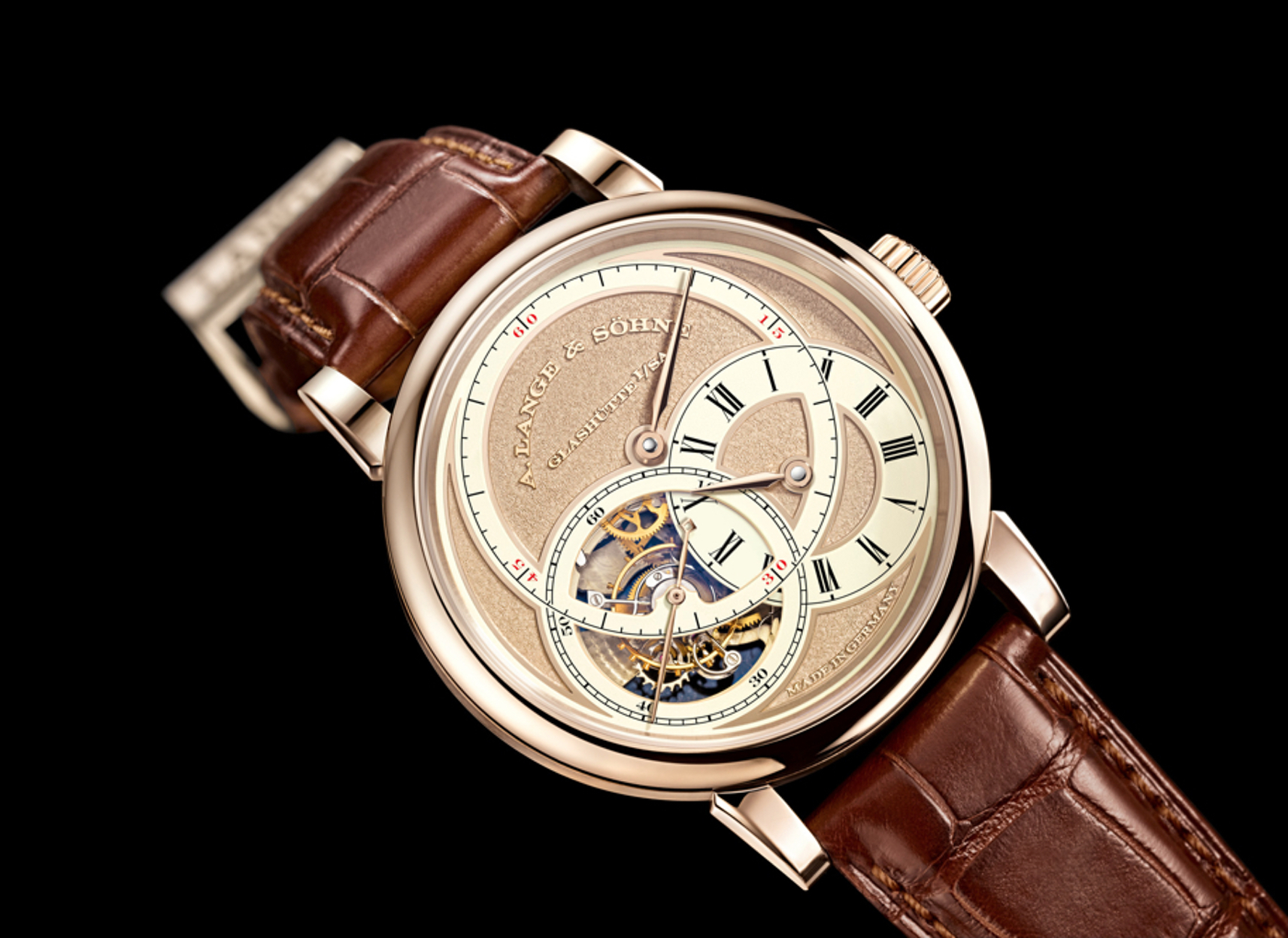 The case of the new Handwerkskunst is in A. Lange & Söhne’s signature honey-colored gold. With a Vickers hardness of 300 HV, the gold alloy is almost twice as hard as yellow gold.

Crafted from the same material as the case, the dial is decorated with tremblage. This is the a traditional engraving technique in which a lining burin is guided over the surface with an orbital motion in eight different directions. The result is a delicate granular texture that resembles a three-dimensional satin finish.

Complementing the exquisite dial is the radiant solarisation on the three-quarter plate made of untreated German silver, which can be admired through the sapphire-crystal caseback.

The fourth wheel bridge is finished with an elaborate relief engraving. Unlike the more common intaglio engraving, this technique is used to sculpt the motif out of the material, effectively raising it from the background.

Like the original Richard Lange Tourbillon “Pour le Mérite,” the Handwerkskunst has a diamond endstone that acts as a bearing for the tourbillon, a patented stop seconds mechanism that allows the watch to be set with one-second accuracy and a unique cutaway section of the regulator dial that pivots into place at precisely 6 o’clock and completes the hour ring – but then instantly vanishes again exactly at 12 o’clock.

The Richard Lange Tourbillon “Pour le Mérite” Handwerkskunst (Ref. 761.05) is limited to 15 pieces that are available exclusively at the five A. Lange & Söhne boutiques: in Dresden, Shanghai, Tokyo, Seoul, and Hong Kong.