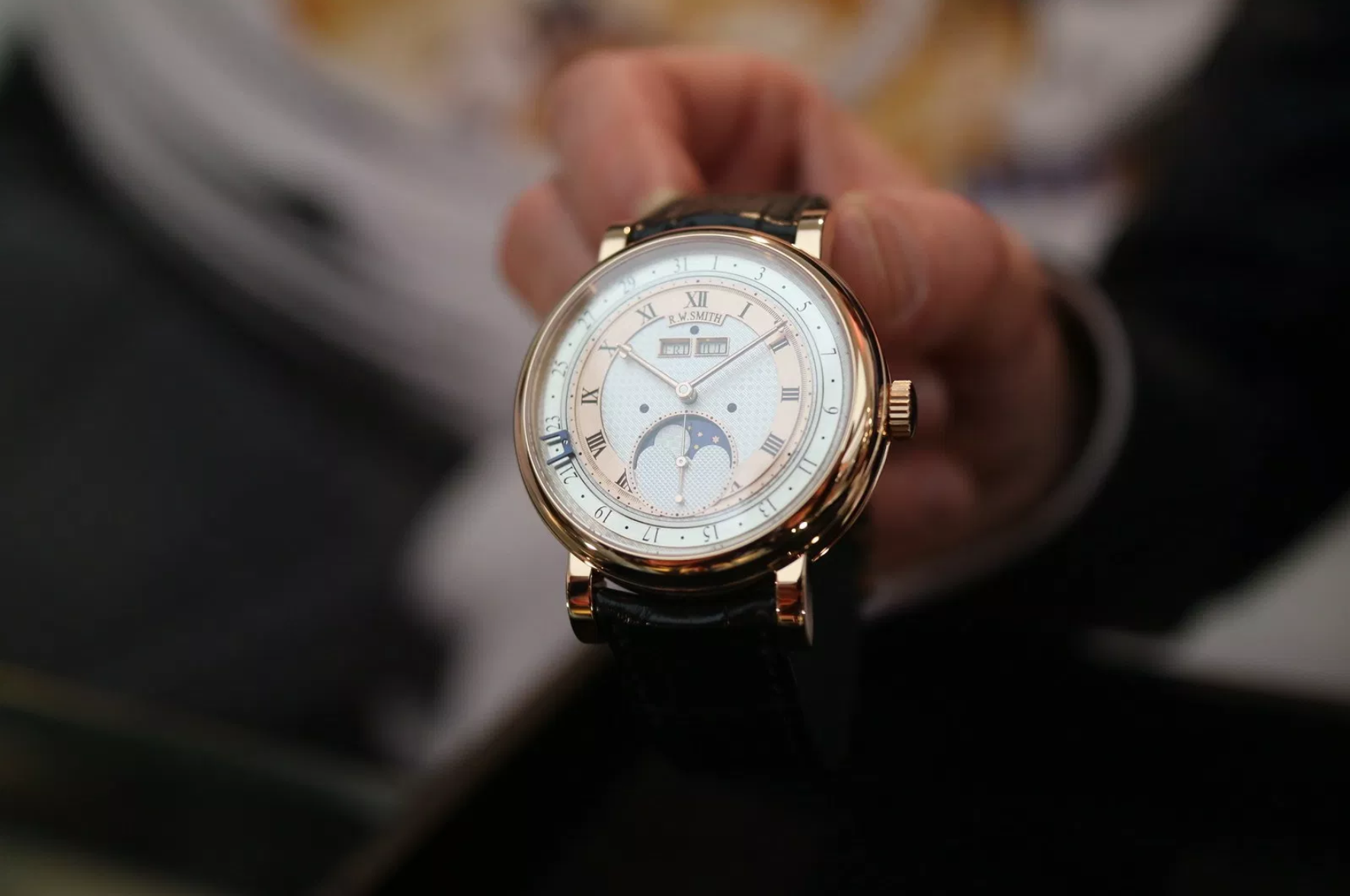 Flying into London Friday morning, I had no idea what to expect from SalonQP but was very excited to be attending for the first time. For those of you not familiar, SalonQP is an annual watch fair hosted by QP magazine at the Saatchi gallery. I went into my first “QP” (as the locals seem to call it; an abbreviation for Quantième Perpétuel) with an open mind and a shiny new camera (Canon EOS M3 to be exact). Arriving at Heathrow after a restless night in cattle class (i.e. coach), I thought I would try to save a few pounds and take the Heathrow Express to the local tube line. The Heathrow Express is a lovely way to get to central London. However, as a New Yorker used to the grid system and an orderly subway map, upon transferring to the local tube I quickly found myself lost and 40 minutes in the wrong direction from my intended destination.

After composing myself, I took a cab to my hotel and got ready for the night’s festivities. SalonQP was hosting a cocktail reception to open their annual watch fair. It’s open to the public and press and Friday night’s cocktail party didn’t disappoint. I was surrounded by nearly every horological luminary imaginable (Roger Smith, F.P. Journe, Tim and Bart Gronefeld, WatchAnish, and many more). We drank, talked watches, and of course, took some photos of some seriously amazing watches. The vibe was electric, people from fashion, watches, social media, and even a few celebrities showed up to pay their respects to some epic makers of some serious horological hardware.

A few highlights from Friday night:

After Friday’s cocktail hour, I went to dinner with Atom Moore (@atommoore), Kathleen (@kmcgivney), and Chase (@oakandoscar). Our night was interrupted with the terrible news coming from Paris. After a somber dinner, we all agreed to call it a night and headed our separate ways.

On Saturday morning, we gathered and struggled to come to terms with what had happened in Paris — a senseless tragedy that will remain in our consciousness for some time. Because of the attacks on Paris, London closed many of their main roads and tube service was limited and under heavy security. The show started on a somber note, especially since a few people in the watch community were personally impacted by the attacks.

By mid-day, we pressed on and continued the show’s final day. Some amazing talks occurred on Saturday, notably Ross Povey (aka the Tudor Collector) detailing the history of Tudor’s dive watch efforts. It was great to hear the history of Tudor’s dive program from the start of their Submariner line to their latest in-house movement efforts. Stephen Forsey, Roger Smith, and Bart Gronfeld hosted an enlightening talk on the value of the tourbillon within the horology industry.

Some other notable highlights from Saturday:

The second #sexpile of the night. This time with @cigarsmokingmodel 👏👏

My five favorite production pieces seen at the show:

Overall, SalonQP was a rousing success. I would definitely come back. Next year, I will plan better and be there for the press preview and perhaps even find a hotel closer to the venue. For attendees, I think SalonQP is a tremendous value. The brands were all very approachable and were all willing to take out pieces for photos and handling. If you find yourself in London next November, be sure to plan a trip to SalonQP. If you were there, feel free to share your photos in the comment section below!