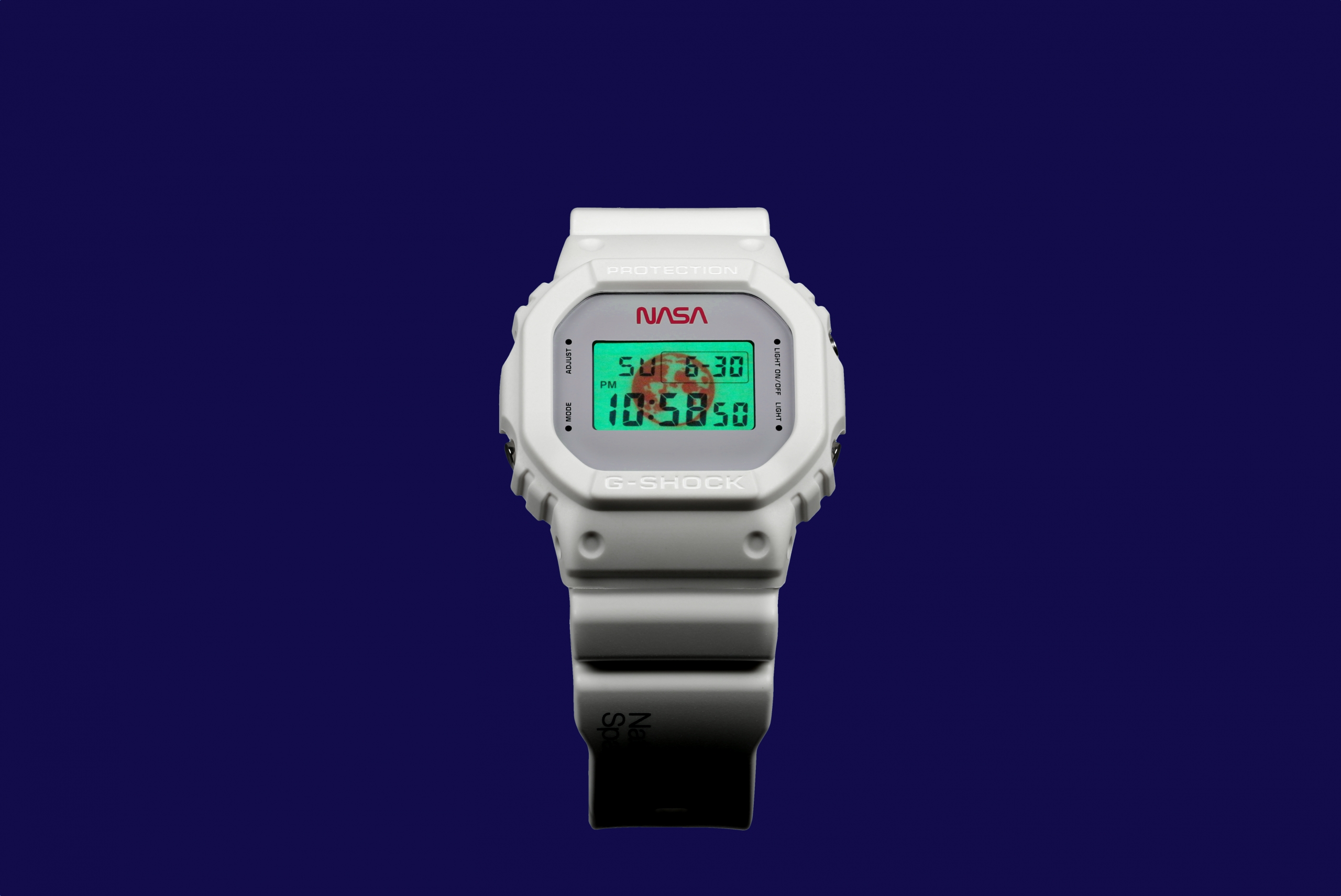 NASA and SpaceX are tentatively planning to launch the first orbital human spaceflight from American soil since the space shuttle program retired in 2011 — on May 27th, 2020. Ahead of the planned takeoff, G-Shock announced a new collaborative NASA timepiece.

The G-Shock DW5600NASA20 is a limited edition wristwatch based on the iconic square-shaped DW5600 with a white resin case (48.9 mm x 42.8 mm x 13.4 mm – 53 grams) and strap and custom NASA details. It features the NASA logo printed in red on the dial, the American flag printed on the strap, “National Aeronautics and Space Administration” printed in black on the band, and the caseback is decorated with an engraving of the Moon.

Each watch is presented in a custom package mirroring the theme with a view of the earth from space, while the tin is meant to resemble a space vehicle.

The DW5600 has a flash alert, multi-function alarm, countdown timer, 1/100th of a second stopwatch, 12/24 hour formats, and perhaps the coolest feature of the watch is a one-of-a-kind EL backlight that displays an image of the Moon within the digital display when lit. (Ref. DW5600NASA20-7CR)

Retail is $130 and the limited edition timepiece is available now at select G-SHOCK retailers, the G-SHOCK Soho Store, and gshock.com.