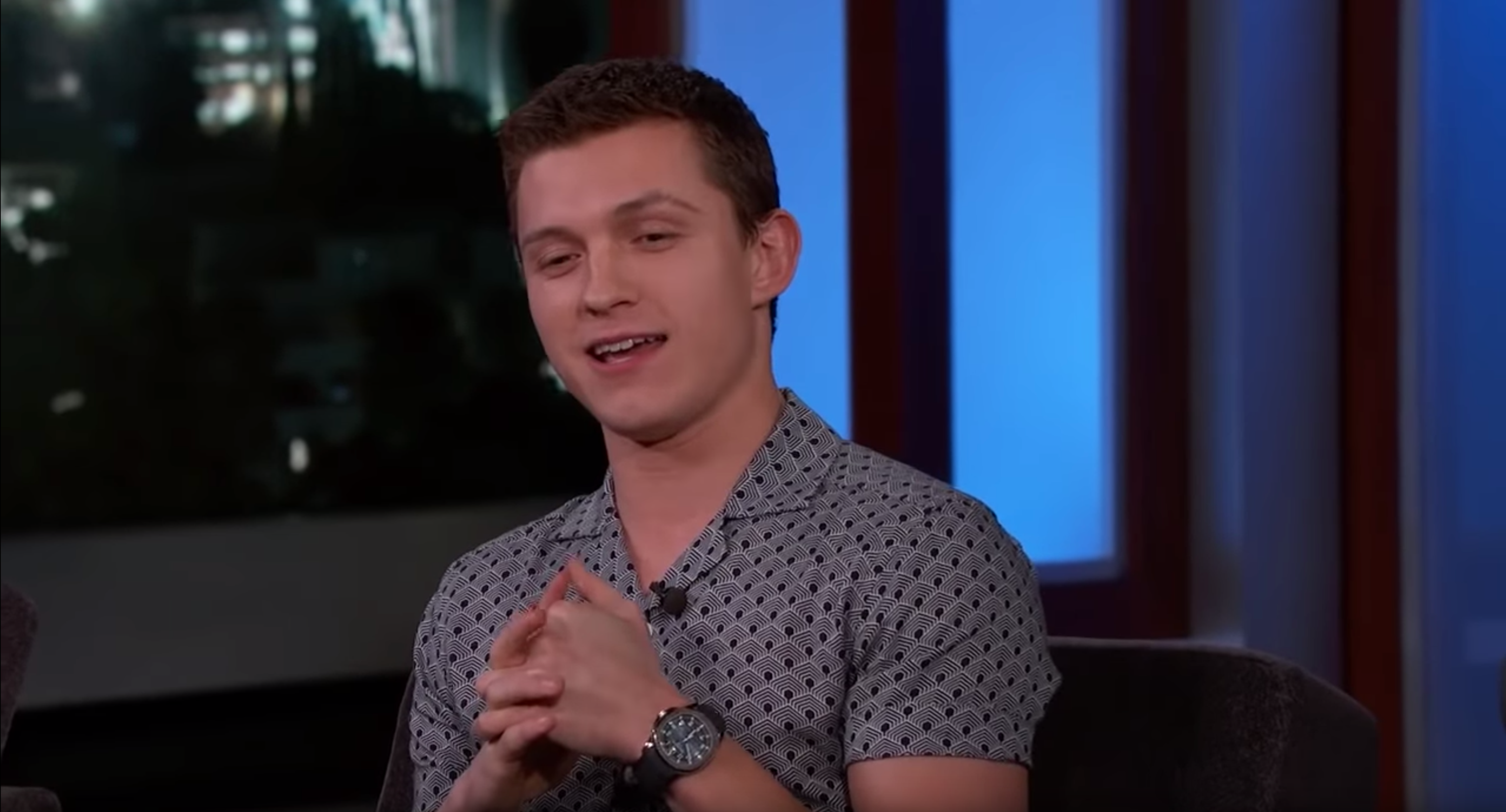 Tom Holland wore a Patek Philippe Aquanaut on Jimmy Kimmel Live during an episode that aired yesterday. He explained that his younger brothers are twins and that the following day, Valentine’s Day (today), was their 21st birthday. After Kimmel asked him what he bought them, he said that he bought one of his brothers a piano, and the other a Rolex. Chris Pratt, who was also a guest, wore a rose gold chronograph with a white dial and black Roman numerals, perhaps a Cartier but we could not confirm. The two were on the show to promote Disney and Pixar’s new animated film Onward.