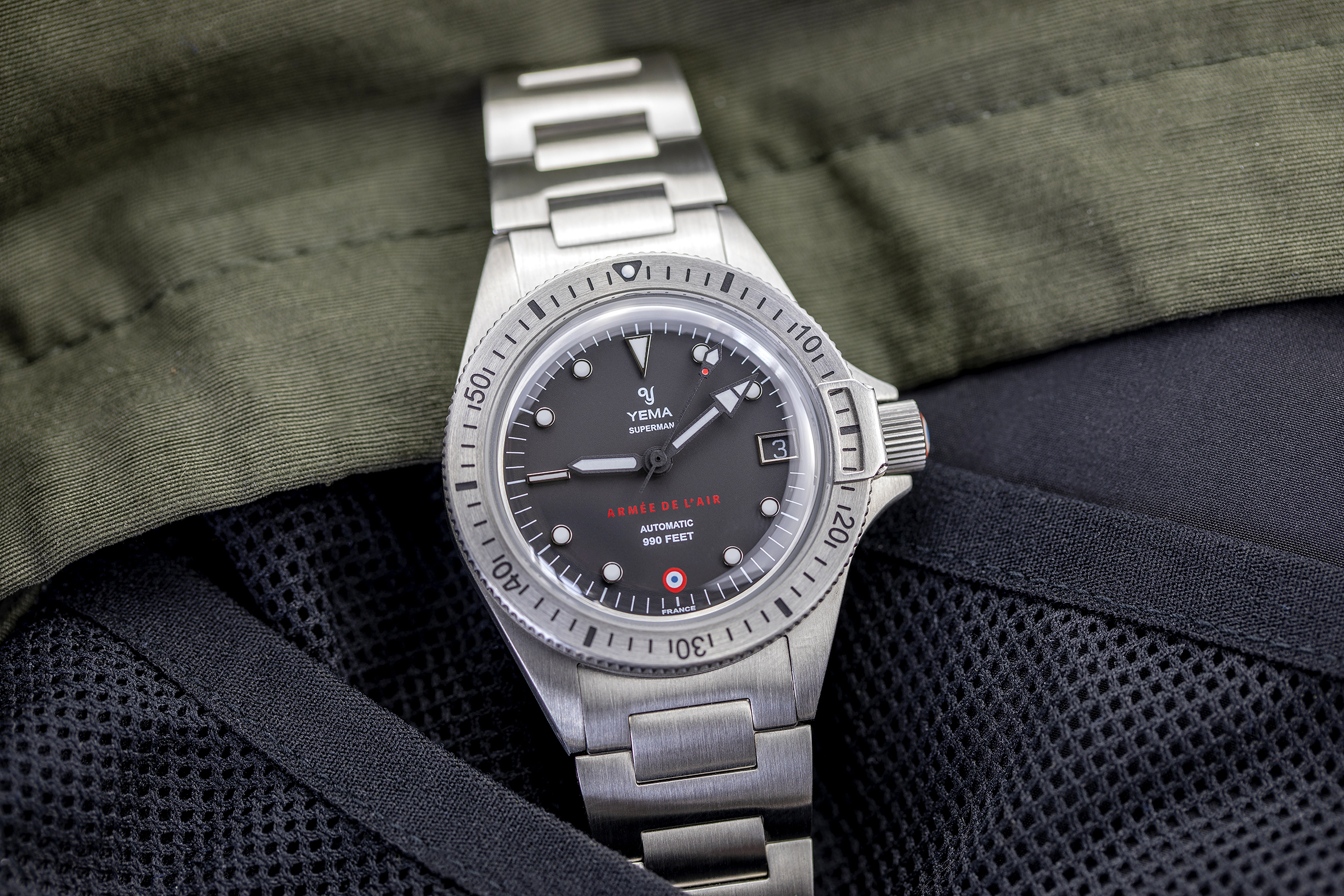 According to Yema, “The historic collaboration between France’s Air Force and Yema started in the early 1970s through the design of one of the first Superman models to equip a special operations elite team of rescue divers.”

There are four automatic limited editions in two sizes (39 mm and 41 mm) — available in either stainless steel or black PVD coated stainless steel. Each version is limited to 1948 numbered pieces, with the number symbolizing Yema’s original founding date.

Unique to this special Armée de l’Air limited edition is a blue-white-red French national insignia that’s been used on military aircraft since World War I which replaces the 6 o’clock index and is also stamped on the end of the crown under a crystal coating. Additionally, the French Air Force name “Armée de l’Air “is stamped on the dial in red, and the Air Force emblem is relief engraved on the screwed caseback.

The Superman French Air Force Black is made available with a sapphire domed crystal making it more scratch-resistant and giving it a vintage aesthetic. The crown is screwed-down and protected by prominent crown guards. The solid caseback screws-in. Water-resistance is 300 meters.

A 4Hz automatic movement with 45-hours of power reserve drives the hours, minutes, central seconds, and date functions. Assembly as well as finishing of the rotor with Geneva stripes and perlage on the bridges and mainplate was completed in France.

Delivered in a French Air Force branded leather travel case and the official pilot watch canvas strap in addition to the original steel bracelet. A percentage of the sales from each watch goes to the French Veterans Foundation (FOSA).

The Yema Superman French Air Force (Armée de l’Air) limited editions will be available for pre-order for a retail price of $999 or $1,199 in black PVD plated stainless steel.