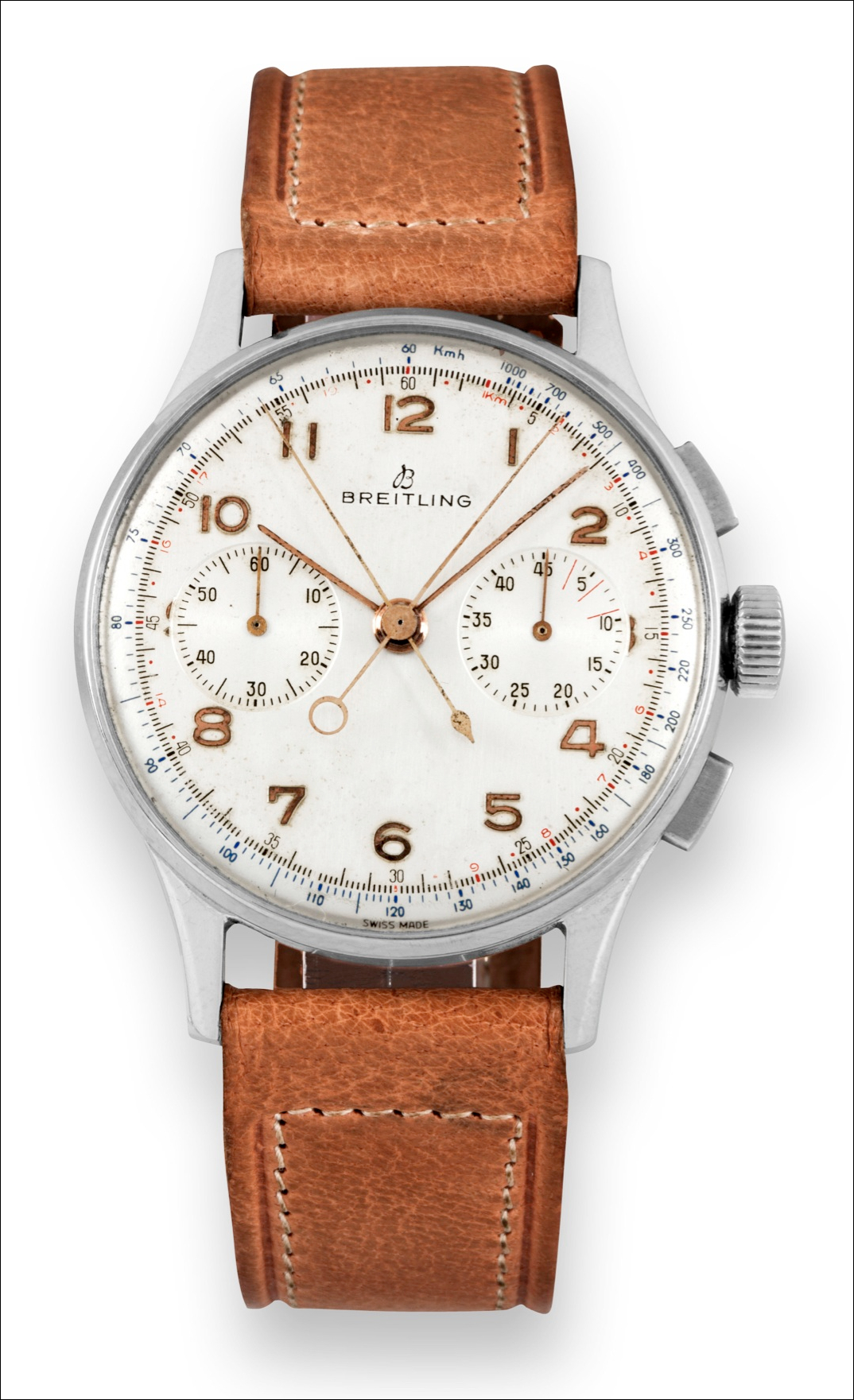 Tomorrow, in Geneva, Antiquorum will be auctioning off six pre-owned Breitling timepieces. Of the Breitling lots, the circa 1950 Breitling Split Chrono Ref. 783 (shown above), lot 52, is the rarest. And accordingly it has the highest estimate of among Breitling pieces at $11,000-$18,000. I’m not sure exactly how hard this particular model this particular reference is to find, but I have found one other Ref. 783, which sold for $13,570 May 2009 at Christie’s.