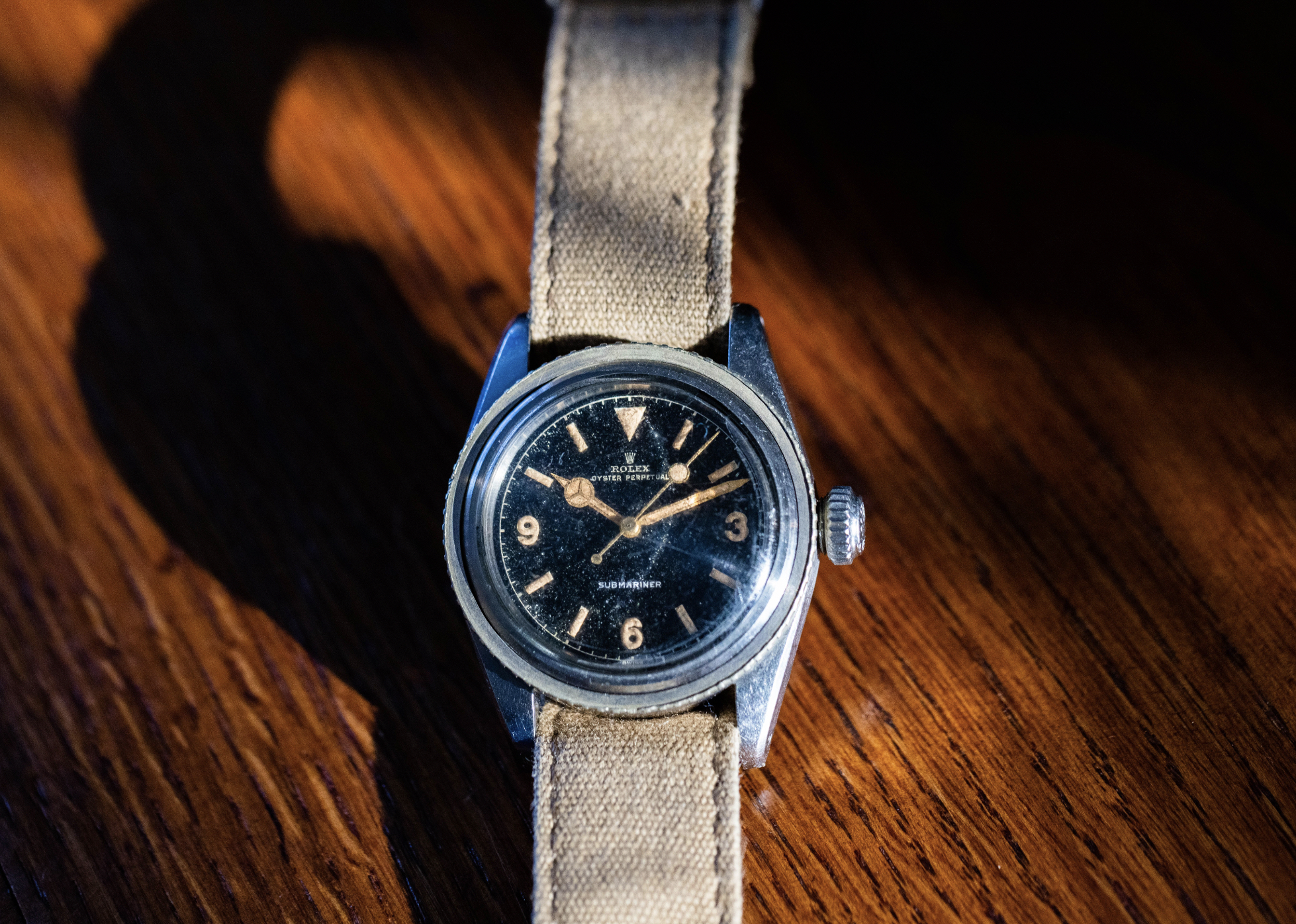 A Submariner reference 6200 — one of the earliest Submariners produced — from 1954 sold today for close to three hundred thousand dollars.

The Submariner 6200 came in a 37 mm stainless steel case with a black gilt dial with a small Rolex logo at 12, and “Submariner” at 6, an 8 mm big crown, a 200 meters depth rating, Mercedes hands, and a highly coveted Explorer dial (marked by Arabic numerals for 3-6-9).

Even though it had a short production run, various dial versions exist, some with a large Rolex logo, some small, some with or without the word ‘Submariner’, and some with chronometer rating. Dials are gilt, with the model name over-printed in silver. Hands are also gilt, and both dial and hands have radium luminous material. Beneath the dial beats the A296 automatic movement.

This watch comes from the niece of the original owner and was discovered in a box of his effects after he died. The original owner was a geologist by trade, working around the world in the oil industry. He did dive, but only as a hobby, so there is a strong possibility that it was used for its intended purpose as well as being a robust travel companion. The watch has lost its bezel insert and the original bracelet has long since disintegrated.”

Covered in scratches and missing the bezel, this “naked” Rolex (meaning box, warranty card, a hangtag, sales receipt, and other booklets) still commanded an astonishing £205,500 (or $278,089).