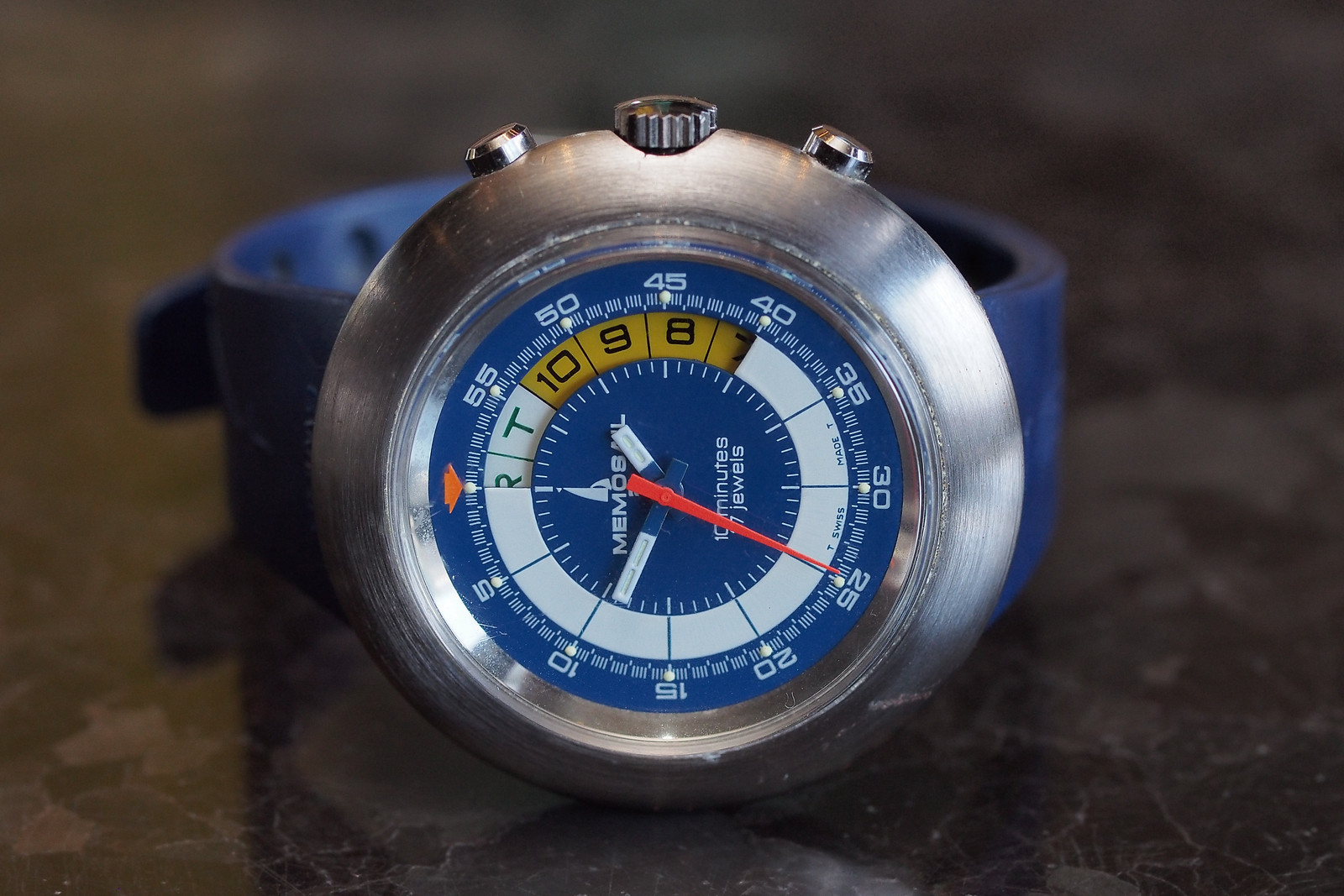 Memosail Regatta Timer from the 1970s

If you are into regatta timers, then one watch you have to see is this vintage 1970s Memosail Regatta Timer. Produced by Memotime in the 1970s, the Memosail Regatta Timer features an easy to read regatta countdown timer (or yacht timer) that is displayed via a disc (see image below) that is visible through an aperture between 12 and 4 o’clock on the outer perimeter of the dial.

A Yacht Timer is used to help sail boats countdown the amount of time before the start of the race, which is when they have 5-10 minutes (depending on the race) to get up to speed, and into position as close to the starting line as possible, without crossing the line which would result in a penalty.

The Memosail is powered by a 17-jewel Valjoux 7737 manually wound mechanical caliber. It is a Valjoux caliber 7733/4 but with a modified center chronograph wheel that uses two fingers instead of one. Basically, one finger would move the the disc forward once every minute, and so the second finger was added directly across from the other (see comparison below) allowing the Memosail disc to advance once every 30-seconds.