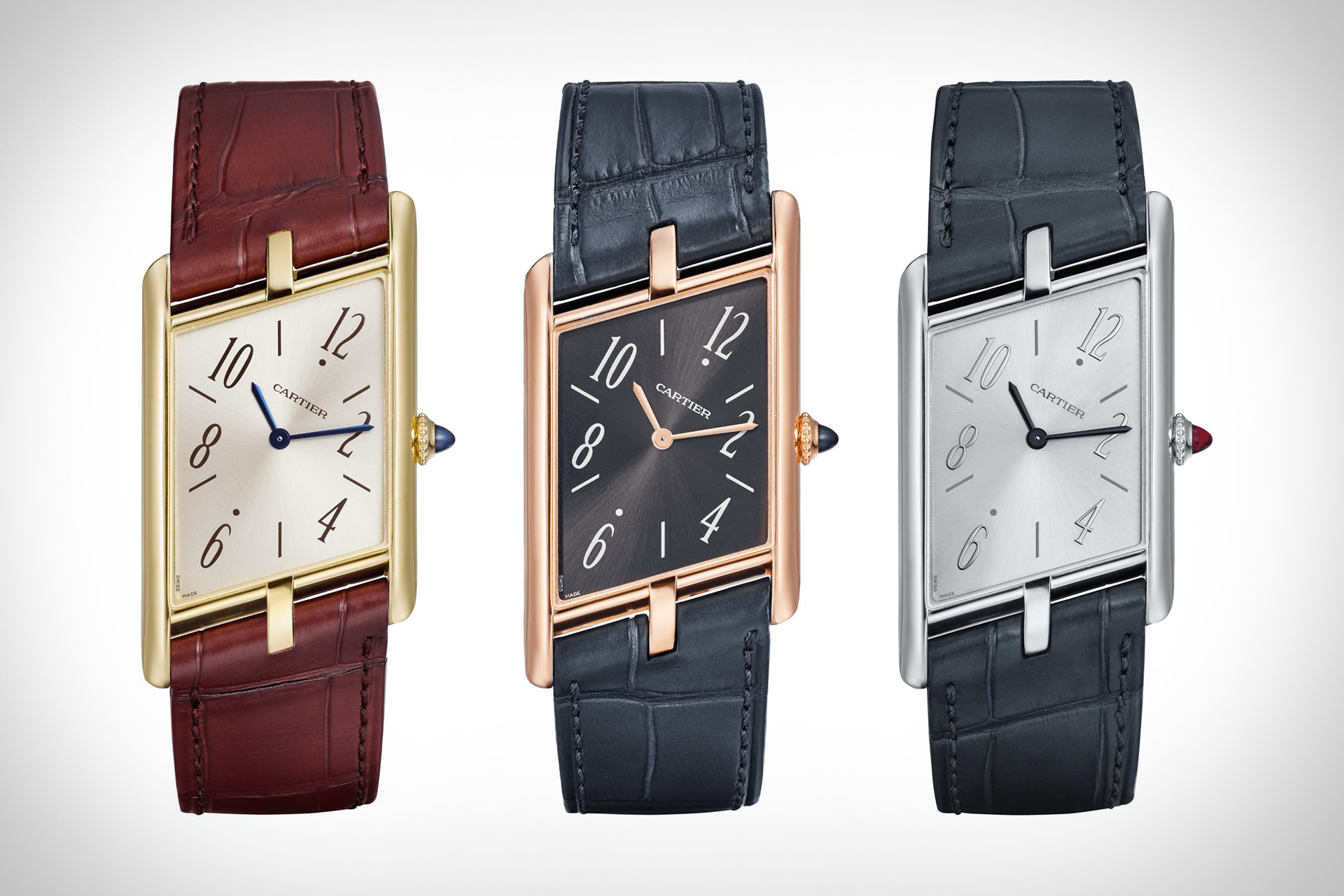 Cartier debuted the Privé Collection in 2015 to bring back historic designs from their archives, in limited edition. This year, a modern version of the Tank Asymétrique debuted at Watches & Wonders.

First introduced in 1917, the Tank is one of Louis Cartier’s most important timepiece creations. Many iterations have been produced over the years, and in 1936 the first Asymétrique came out.

With its two horizontal shafts connected by two oblique ones, and its numerals off-set by 30° to the right, the new Tank Asymétrique looks very much like the version from 1917 right down to the case shape, the third lug in the center, and the locations of the hour markers.

There are, of course, some notable changes from the original design. The original 1917 Tank Asymétrique hands were open-tipped but are now sword-shaped. “Swiss” was printed above 6 o’clock but now “Swiss Made” is stamped in the corner underneath 6. The Arabic hour marker fonts and indices have been redesigned on the standard model and they are part of the movement on the skeletonized versions. The flat crown of the original has been replaced with a crown set with a sapphire cabochon for five of the references, and a crown set with a brilliant-cut diamond for the gem-set skeleton reference.

Each Tank Asymétrique comes with a made-to-measure strap fitted with an ardillon buckle and is available in limited edition of 100 numbered pieces.