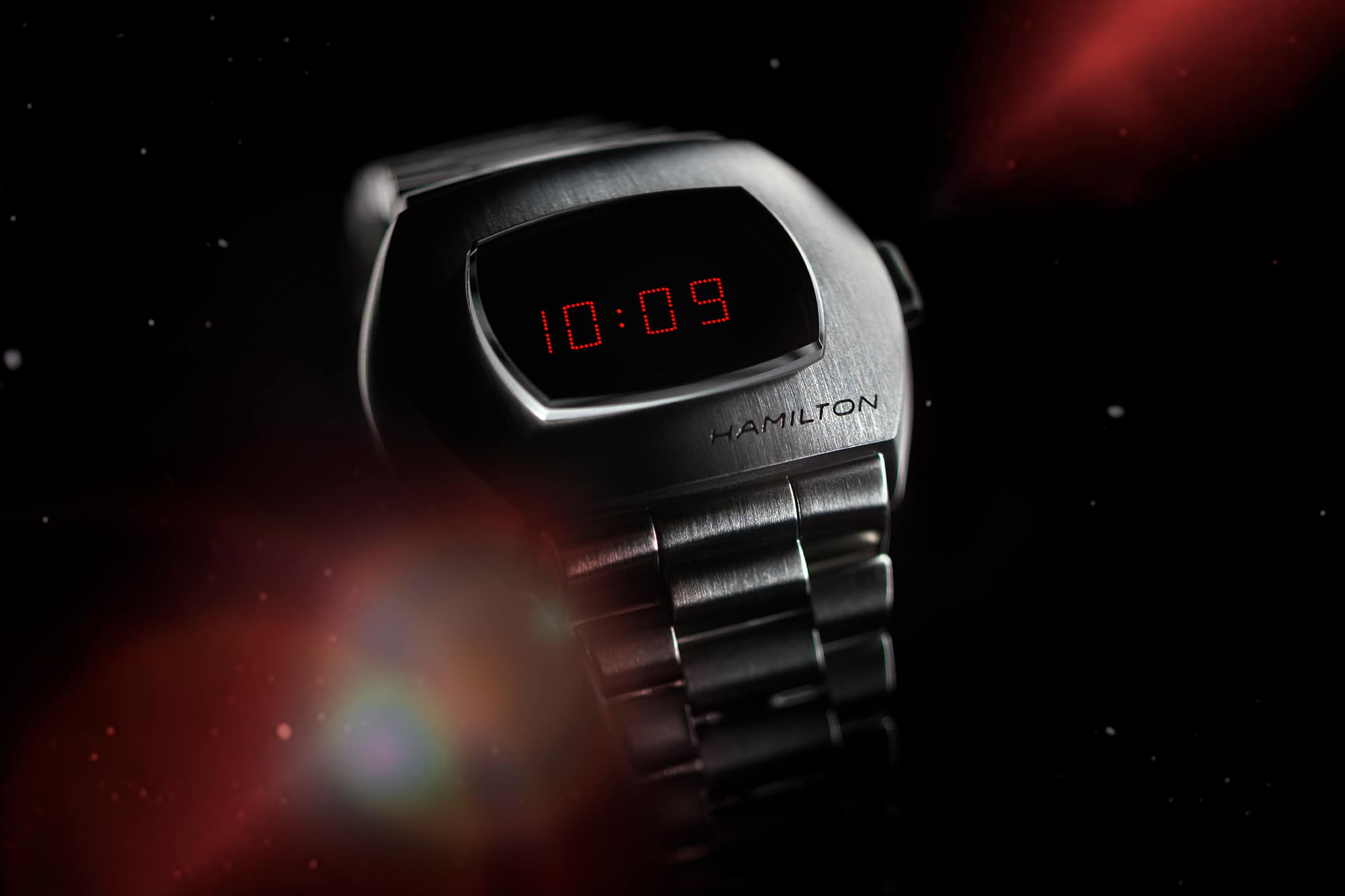 Initially announced in 1970, and released two years later, the Pulsar Time Computer was the first digital display watch ever made.

At the time, it came in solid yellow gold and cost $2,100 — which incredibly was more than some gold Rolexes. The original model came with an “on-demand” LED time display which required a simple push of the button on the front of the case to read the time in short bursts. This design was pragmatic in that it saved battery power.

For 2020, Hamilton has reissued a modern version of the 1970s Pulsar digital watch. This contemporary model uses a new hybrid OLED and LCD display that combines an “always-on” readout to show you the time in a dim red hue with no input from you — then when you press the button on the side of the case “on-demand” OLEDs light up the time in a much brighter red. The throwback design offers the best of both worlds, and like the original still conserves battery life.

The Hamilton PSR now features “HAMILTON” on the lower right of the fixed bezel instead of “PULSAR” and is powered by a modern version of the digital quartz movement that animated the original model. The case has a new shape — although the old school look is maintained — and now measures 40.8 x 34.7 mm with a thick sapphire glass protruding out beyond the bezel. Water-resistance is 100 meters. (Ref. H52414130 – steel, H52424130 – yellow gold plated)

As the marketing story goes, Roger Moore wore the watch in James Bond Live And Let Die — and just as if you saw a real pulsar (a highly magnetized rotating neutron star that emits beams of electromagnetic radiation out of its magnetic poles) — there were reportedly audible gasps in the theater when Moore activated the display of the watch.

The retail price is $745 for the steel version and $995 for the yellow gold plated 1970-piece limited edition.