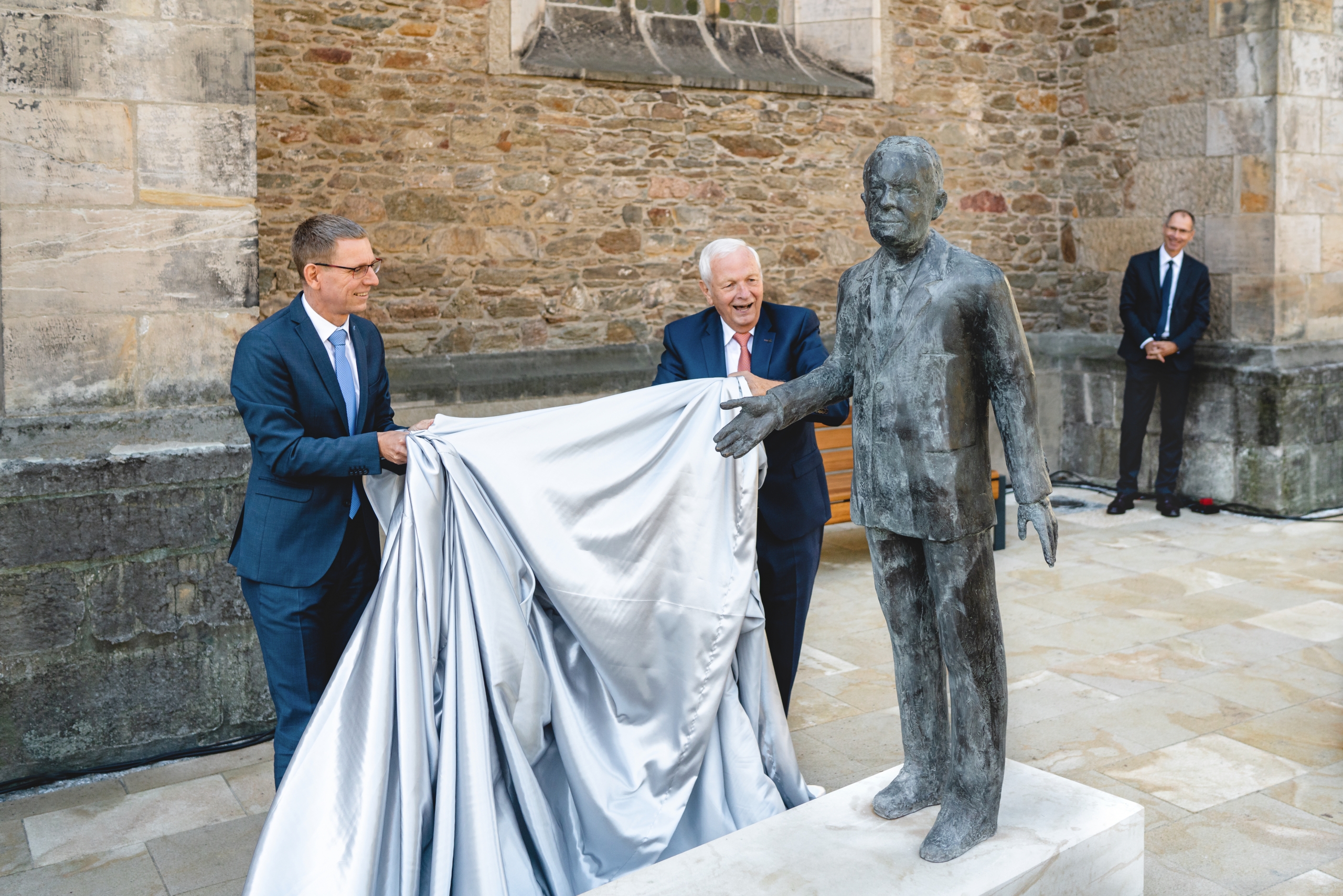 Earlier this month, the city of Glashütte paid tribute to Walter Lange, a key person in rebuilding Saxon watchmaking which began in 1990.

On September 18th, 2020 a memorial to Walter Lange (1924-2017) was unveiled in the redesigned square outside the Saint Wolfgang church, in conjunction with the 175th-anniversary celebration of Glashütte’s watchmaking industry. After the German reunification in 1990, Lange was pivotal in restarting the watchmaking industry in Saxony, which is thriving now, 30 years later.

“When the Berlin Wall came down in 1989, Walter Lange was concerned with more than just reviving the A. Lange & Söhne name,” explained Lange CEO Wilhelm Schmid. “He always viewed it as a major personal endeavor to provide a new outlook for the people of Glashütte. These two goals were equally important to him.” According to Wilhelm Schmid, continuing the legacy of Walter Lange remains both a challenge and a duty: “We are continuing Walter Lange’s work just as he intended, with a commitment to the well-being of the town and its people.”

Hamburg sculptor Thomas Jastram captured the essence of Walter Lange, depicting him as a life-sized bronze figure that meets the onlooker at eye level. This ties in with the general perception of Walter Lange as a warm and approachable person. By creating the impression of Lange’s likeness taking a step forward, the sculptor has encapsulated the dynamic personality of an individual who vowed never to stand still.

The site of the memorial on the redesigned church square reflects the intimate connection between the Lange family and Glashütte. It stands just a few meters away from the commemorative stone for Walter Lange’s great-grandfather Ferdinand Adolph Lange (1815-1875), who brought precision watchmaking to Glashütte for the first time 175 years ago.