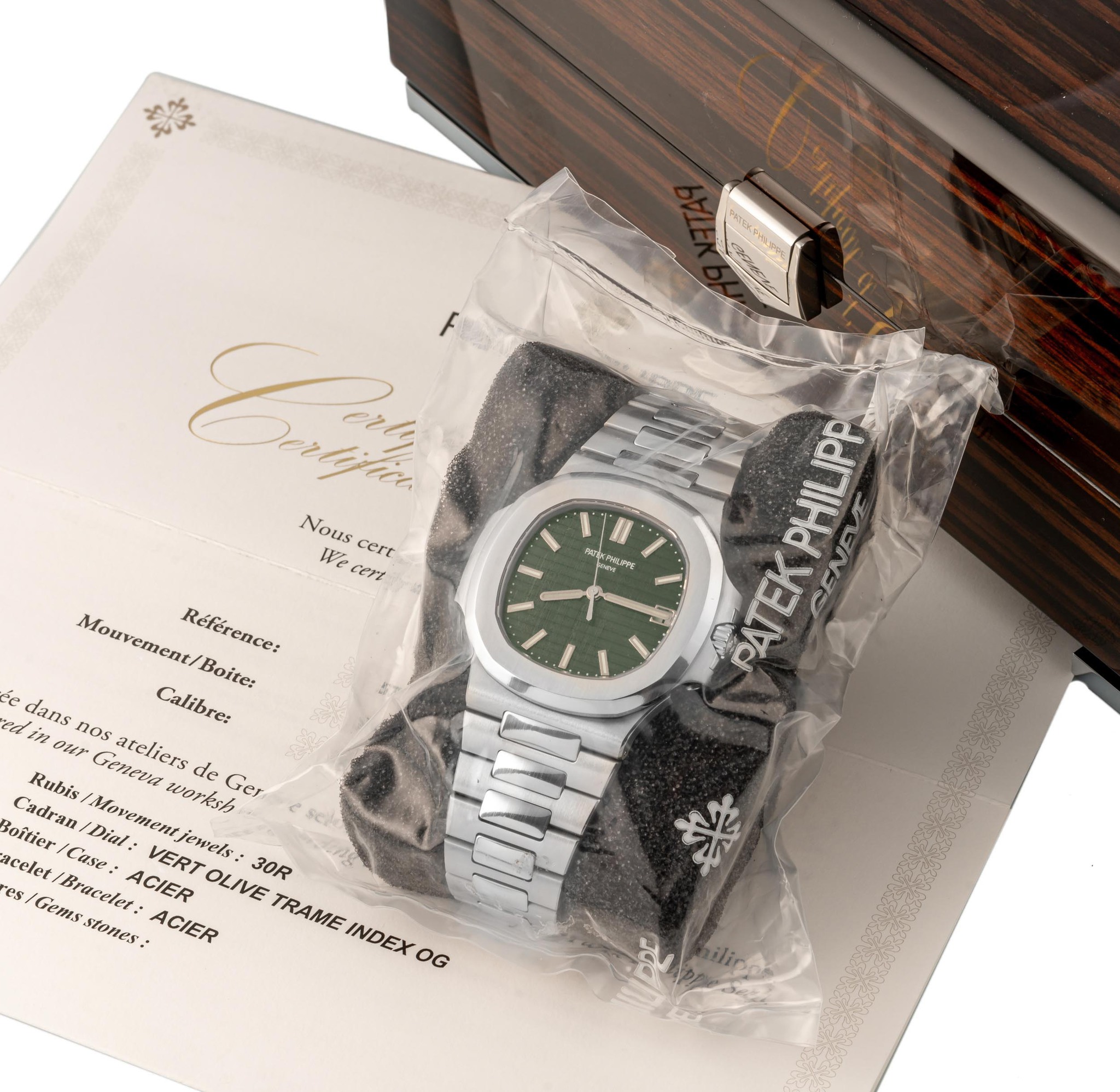 After discontinuing the bestselling blue-dial 5711/1A-010 Nautilus earlier this year, Patek Philippe announced the olive-dial 5711/1A-014 Nautilus as a final edition, available in limited quantities to only the most loyal clients of the brand.

Antiquorum has gotten ahold of a sealed version of this highly coveted limited-edition timepiece, which will be auctioned in Monaco on July 21, 2021. A record-breaking final bid is attainable, especially considering the 5711 is not even a regular watch anymore — it’s more of a status symbol of wealth — and something that perhaps most importantly shows how connected you are.

Patek Philippe’s discontinuation of the 5711/1A-010 Nautilus was first leaked on Instagram, and that’s a method that generates high visibility, with no work from the brand, and a popular distribution method nowadays, particularly for blue-chip brands with iconic pieces that always generate high interest. Similarly, allowing one of the most coveted references to go to auction, despite breaking the authorized dealer rules, seems like a move that was approved “unofficially” at the highest level.

Nevertheless, on Chrono24.com all current olive-green Nautiluses are currently marked as “Price on request” — except one that’s listed at $361K. That’s not to say that any 5711/1A-014 has sold for anywhere near that price, because it’s a listing, not an actual sale.

We’ll have to wait and see what Antiquorum can achieve at auction. With so much of the hype surrounding Patek Philippe coming from 5711 references — and the current state of the pre-owned market being so strong — reaching a value ten times the retail price of $34,893, or higher, is entirely plausible.