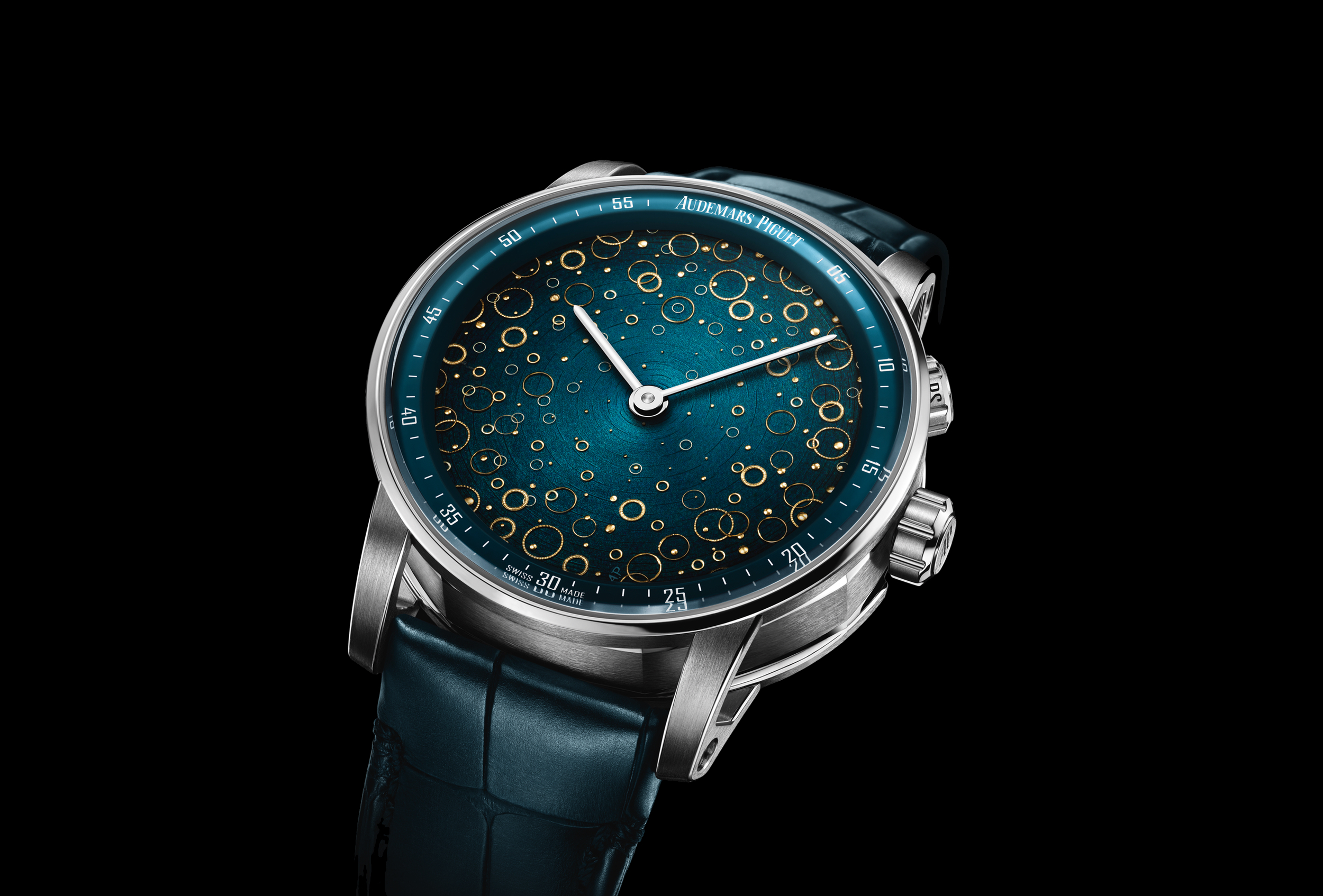 Since being founded in the Vallée de Joux in 1875, Audemars Piguet has always specialized in the classical chiming timepieces from the very beginning of the company’s existence. Almost 150 years later, Audemars Piguet still produces and repairs this type of incredibly complicated watch, even though it’s a relatively small percentage of the annual output.

Everything including Grande Sonnerie, Petite Sonnerie, Minute Repeater, Quarter Repeater, and Decimal Repeaters has gone across the bench of the highly skilled After Sales Service team in Le Brassus. Grand Sonnerie Supersonnerie timepieces, however, are amongst the most complicated of these above mentioned audible timepieces.

Grande Sonnerie timepieces date back to the 14th century when chiming clocks provided users the time audibly — automatically striking at the hour and quarter-hour — as is still heard from church clocks. Minute repeaters differ from Grand Sonnerie timepieces in that they strike on demand. Some Grand Sonnerie timepieces combine a minute repeater to offer both automatic and on-demand chiming of the time. A Supersonnerie is a Grand Sonnerie that’s been designed to amplify the sound of the chimes. Gongs are typically attached to the mainplate, but with Audemars Piguet’s Supersonnerie the gongs are connected to a component to enhance the sound. Additionally, the caseback has been perforated to allow that much more sound to escape. Further, because this is a “Carillon” Sonnerie, three chimes have been incorporated, not two.

Introducing the Code 11.59 Grande Sonnerie Carillon Supersonnerie, presented in a 41 mm 18K white gold octagonal oval-shaped Code case and powered by the 489 component hand-wound 3Hz caliber 2956 which is finished to high horology standards. This Grande Sonnerie is a stark contrast from traditional Sonnerie aesthetics with its resolutely modern appearance. The Code 11.59 Grand Sonnerie, even with a solid black dial, would be quite majestic. Add in a hand-painted Grand Feu enamel dial as you see here, and the wrist presence of the watch becomes even more grandiose.

Renowned artisan Anita Porchet, handcrafts these dials like a work of art, and for Audemars Piguet she “created a trilogy of enamel dials decorated with antique gold spangles (“paillons”) over a century old, seamlessly blending ancestral savoir-faire and contemporary design,” according to the company.

“Each spangle was meticulously cut and curved in thin gold leaves with antique tools and techniques—a craft no longer perpetuated today. The enameller has carefully incorporated each spangle by hand onto the dial’s enameled plate before fusion in the oven. The dial is then covered with a thin layer of transparent enamel for a mirror polish finishing.”

For the remaining two pieces, clients have the possibility of requesting a personalized enamel dial crafted by Anita Porchet’s atelier. Retail is approximately $775,000.