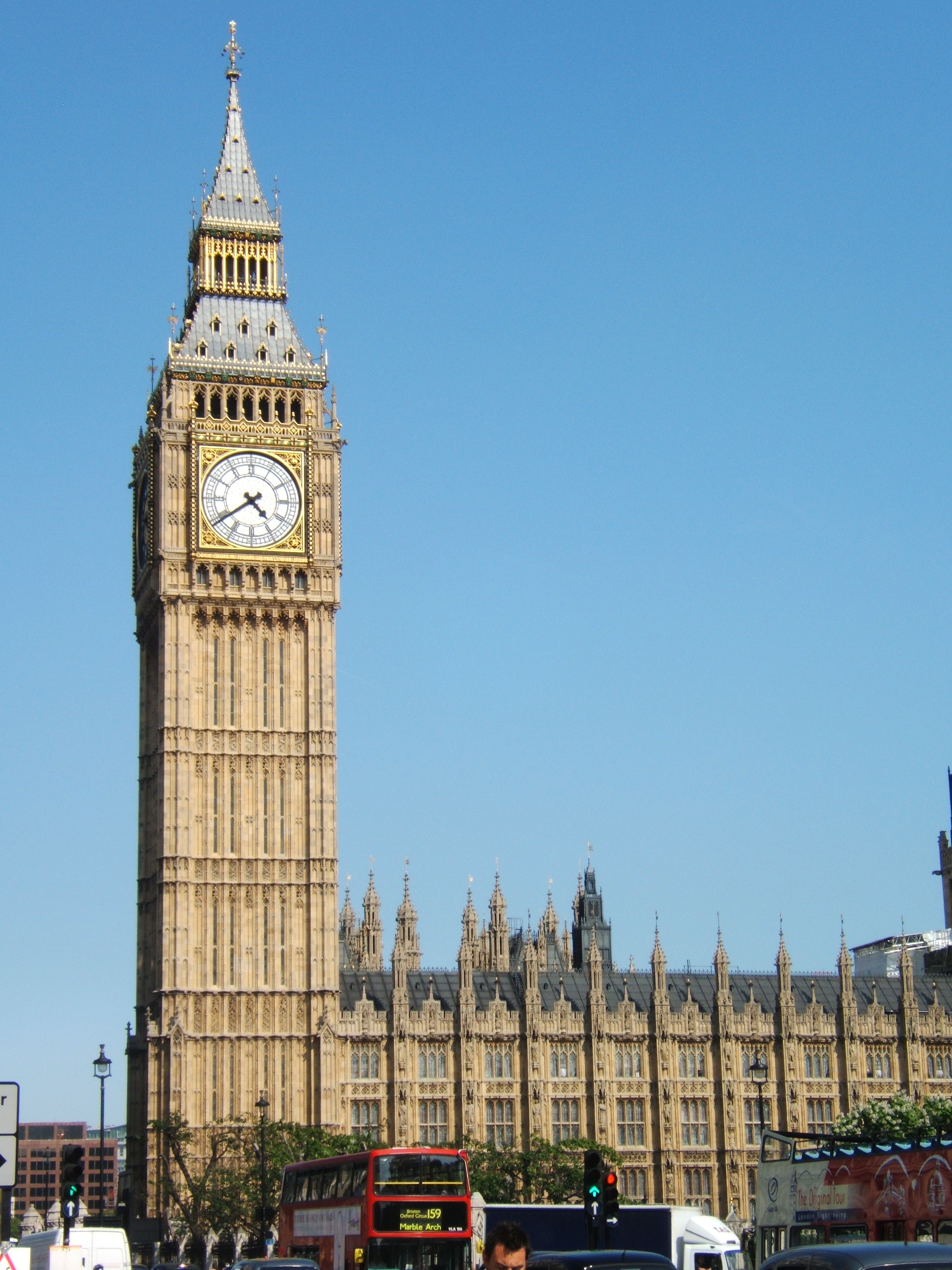 Big Ben will be closed while the clock face and mechanics that drive it will undergo exterior and interior cleaning for a number of years.

“Big Ben” is the nickname for the clock and clock tower at the north end of the Palace of Westminster in London. Technically, “Big Ben” refers to the 13.5-ton bell that chimes every hour, and the tower is officially called “Elizabeth Tower,” but most people know London’s greatest icon, simply as “Big Ben.” Completed in 1858, the tower holds the largest four-faced chiming clock in the world and is the third-tallest free-standing clock tower.

According to Wikipedia, “The clock and dials were designed by Augustus Pugin. The clock dials are set in an iron frame 23 feet (7.0 m) in diameter, supporting 312 pieces of opal glass, rather like a stained-glass window. Some of the glass pieces may be removed for inspection of the hands.

The clock’s movement is famous for its reliability. The designers were the lawyer and amateur horologist Edmund Beckett Denison, and George Airy, the Astronomer Royal. Construction was entrusted to clockmaker Edward John Dent; after his death in 1853 his stepson, Frederick Dent completed the work, in 1854. As the tower was not complete until 1859, Denison had time to experiment: Instead of using the deadbeat escapement and remontoire as originally designed, Denison invented the double three-legged gravity escapement. This escapement provides the best separation between pendulum and clock mechanism. The pendulum is installed within an enclosed windproof box beneath the cloakroom. It is 13 feet (4.0 m) long, weighs 660 pounds (300 kg) and beats every 2 seconds. The clockwork mechanism in a room below weighs 5 tons. On top of the pendulum is a small stack of old penny coins; these are to adjust the time of the clock. Adding a coin has the effect of minutely lifting the position of the pendulum’s centre of mass, reducing the effective length of the pendulum rod and hence increasing the rate at which the pendulum swings. Adding or removing a penny will change the clock’s speed by 0.4 seconds per day.”

Deputy keeper of the clock Steve Jaggs said, “Big Ben is one of the UK’s greatest icons, and cleaning the Great Clock is a vital part of its maintenance.”