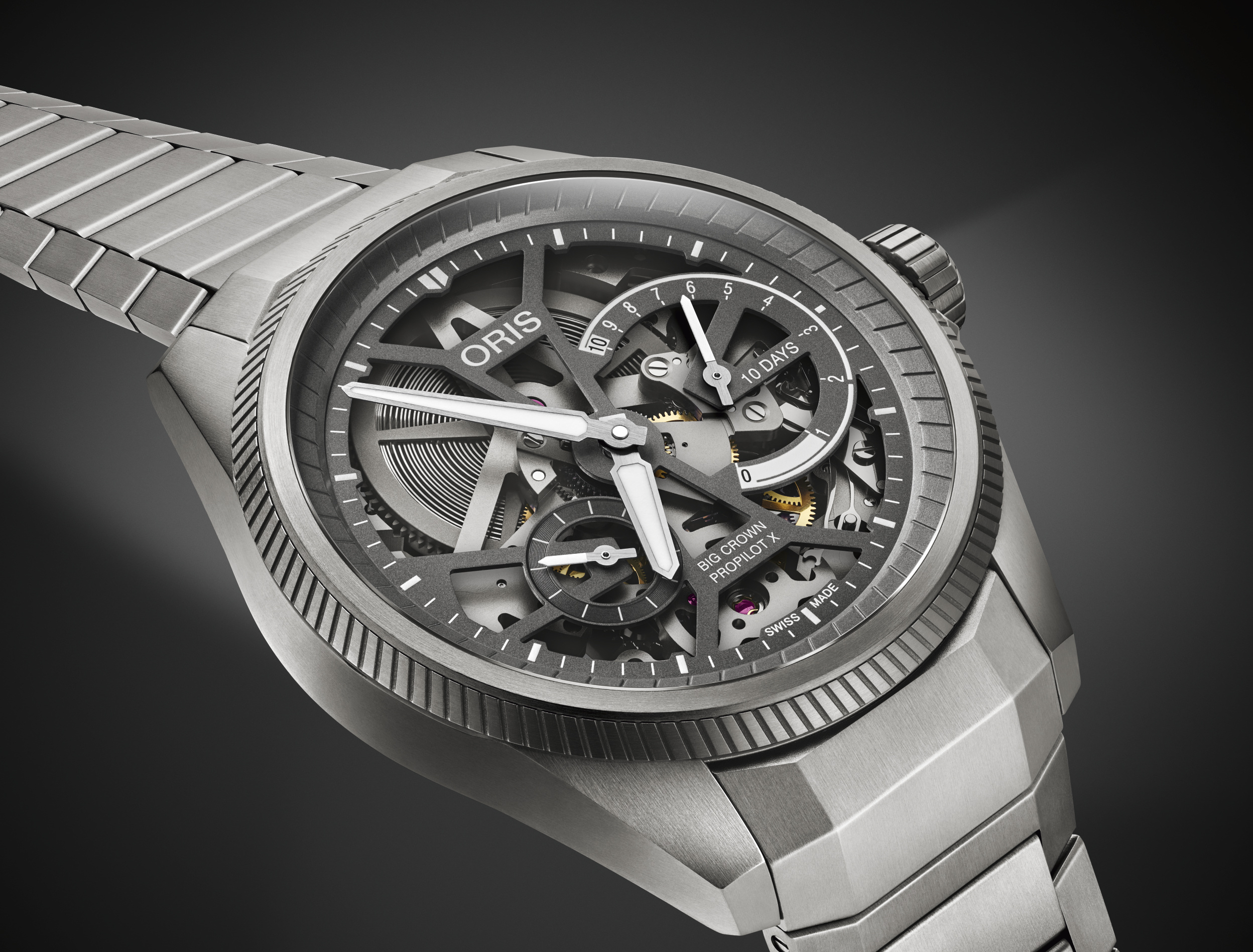 Today, Holstein-based watchmaker Oris debuted a watch that’s based on the company’s caliber 110 which was introduced in 2014.

The Big Crown ProPilot X Calibre 115 comes in a 44 mm matte titanium case with a skeleton dial and movement. Driving the hours, minutes, small seconds, as well as the 10-day power reserve indicator, is Oris’ latest in-house movement: caliber 115. The number symbolizes 115 years since Oris was originally founded (1904) and is the 5th in-house movement in the collection, all based on the original caliber 110 from 2014.

Oris took the manually-wound 3Hz, 40 jewels, caliber 110, with its impressive 240-hour power reserve and removed material from the mainplate as well as made some changes to the surface finishes, resulting in caliber 115, which two fewer jewels at 38. Additionally, many of the movement components, including the large mainspring barrel, are fully visible on the dial side because the dial has also been fully skeletonized.

Everything from the case to the bezel, crown bracelet, chapter ring, flange, hands, dial, and so forth are completely matte finish. The only reflective surfaces are a few of the movement components.

Luminous lance-shaped hands indicate the hours and minutes, and a baton hand withing the subdial at 7:30 displays the continuously running seconds. Like with the original caliber 110, the Oris-patented non-linear power reserve indicator is located at 3 o’clock. This is found in all the in-house calibers from 110-115 and is managed by a worm-gear, which controls the speed at which the indicator hand moves around the subdial, and was developed by Oris.

The perforated black leather strap and the titanium bracelet are integrated directly into the case. Retail is approximately $7200 on a strap and $7600 on a bracelet.